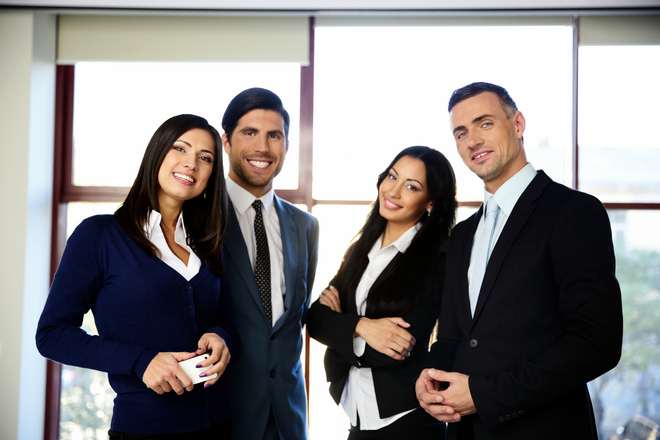 SMEs all face the same headwinds and in many ways it can be argued they are turning into a full-blown storm. According to research by PwC and the Confederation of British Industry the financial services sector in particular is feeling the strain, as optimism has hit a crisis-era low, with Brexit proving to be the biggest worry for the industry.

While stress and trying in vain to not pull their hair out in frustration may be the natural reaction to the issues facing businesses, a strong leader will react to the headwinds effectively to find a solution, rather than buckling under the pressure. This is made possible by what I believe is THE most critical component of an SME leader – emotional intelligence. Without it, leaders may be completely unaware of how their words or actions impact their workforce and customers, which can prove hugely detrimental.

So how can business leaders transform their fortunes by embracing emotional intelligence?

Emotional intelligence is made up of five key areas: self-awareness, emotional control, self-motivation, empathy and relationship skills. Each of these elements is key to a successful, long-term customer relationship and should be at the forefront of every leader’s thoughts.

Take face-to-face meetings for example. The standard approach is to produce an agenda, share it with customers in advance and stick to it rigidly for the 90 minutes you’re talking. If that sounds familiar, ask yourself what value you’re adding to that customer during the meeting. How much would they be willing to pay you for that visit if you were paid per visit? Not a lot.

An emotionally intelligent leader will remove agendas from the vocabulary of the workforce, instead focusing on meetings which aim to solve issues the customer is struggling with. If you can leave a meeting having resolved one or two of their key problems, not only will the customer be in a better position, but the relationship will have been improved too. The next time they have an issue, it will be you they turn to. That’s true added value thanks to emotional intelligence.

It’s not just customer relationships which can be transformed with emotional intelligence – it can have a vast impact on your business internally too. Take David Brent from ‘The Office’ for example, potentially the perfect example of a business leader without an ounce of emotional intelligence. When tasked with telling the workforce redundancies are being made he makes it about himself, telling them that the bad news is there will be job losses and those who stay will have to relocate. The good news? He’s getting a promotion. Unsurprisingly, it went badly.

The most successful leaders will have an acute awareness of what motivates their workforce and how their actions impact colleagues. Something as simple as running a regular satisfaction survey can prove invaluable, giving direct insight into what’s working and what can be improved. It’s the ability to act on this data which truly sets leaders apart however.

For example, if career progression is a key motivator for staff, building a learning culture is a clear way to show you respect the wants and needs of the workforce. I believe this is key, as people who embrace the culture will continue to progress and by running knowledge sharing sessions, the learnings of one person soon equates to a more well-rounded team. People benefit on a personal level and will quickly become more loyal as a result. The team will become more close-knit, productivity will increase and the company will grow – strong relationships lead to strong businesses.

Regardless of the business setting, emotional intelligence is the most important skill SME  leaders can have. It’s not acceptable to take a “one size fits all” approach to management, when the working environment and customer-base are as diverse as ever. Failing to recognise the variations in how different people can react to circumstances can be the difference between success and failure in the long run, whether it’s an angry customer or an employee leaving due to what they feel is unfair treatment. Emotional intelligence will diminish such issues and is the skill that really sets leaders and their businesses apart from the competition.