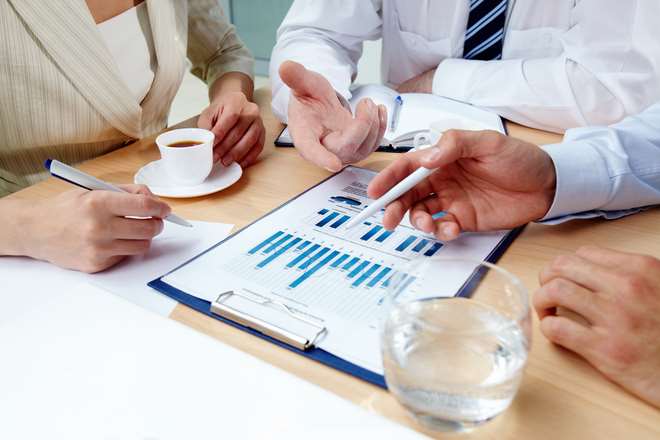 Over three years’ worth of data from CAMRADATA Live (its online manager research platform) at 31 December 2017 was analysed to produce the five reports and key investments trends emerged.

Equity markets continued to rally over the quarter with Japan and Asia ex-Japan stocks leading the charge. Stocks also rose in India, as the government announced plans to recapitalise the state banks.

In the USA Q4 saw the passing of long awaited business-friendly tax reforms and the S&P 500 ended the year with a strong fourth quarter gain as markets rallied on the news. Corporate earnings also finished the year strongly, with large cap stocks outperforming small cap.

In Europe, positive economic momentum continued, though equity markets lagged as investors looked to take profits after the year’s gains. In the UK, the Bank of England monetary policy committee raised interest rates by 0.25% – the first increase in a decade.

Sean Thompson, Managing Director, CAMRADATA said, “The year ended positively for the equity markets, especially in Japan, Asia ex-Japan and India. The USA had a strong economic performance and in Europe there were signs that the uncertainties surrounding Brexit may be easing as an agreement was struck in December to move talks to future trade agreements.

“In fixed income markets, the European Central Bank (‘ECB’) announced the reduction of asset purchases, but extended the programme, which provided a significant boost to bond yields.”

The Global Equity universe continued to see investors reducing their allocation in Q4 2017, which saw outflows totalling -$7.8m. This universe has not seen any positive inflows since Q3 2016.

Despite this loss, some managers are still seeing positive inflows into their products. In Q4 2017, Old Mutual Global Investors (UK) Ltd was ranked as number one in the asset manager inflows table with $2,591m added to their AuM, followed by MFG Asset Management in second place with $1,272m. T Rowe Price Group, Capital Group and AXA Investment Management took the next three spots in this table.

In Q4 2017 nearly 100% of managers produced a breakeven or positive return, which followed the trend in returns from the rest of 2017. The lowest return produced was

Likewise, looking at the three-year period, just over 99% of managers achieved a breakeven or positive annualised return, with the range of annualised returns starting from -3.69% and the best performing product achieved 25.83%, giving a spread of 29.52% between the top and bottom performer.

In Q4 2017 100% of managers achieved positive returns in the Emerging Market Equity universe. The lowest return produced is 1.05% and the best performing product achieved 12.74%, giving a spread of over 11.69% between the top and bottom performer in just one quarter.

Moreover, over a three-year period, again 100% of managers achieved a breakeven or positive return in this asset class. The lowest annualised return achieved was 2.03% and the highest was 19.42%.

According to the CAMRADATA IQ quant screens for the 3 years to 31 December 2017, the top ranked manager, within the All Cap universe with a style bias of Core, is Artisan Partners Limited Partnership, with an IQ Score of 0.91, for their Artisan Emerging Markets Composite. Other stand out Core products are from Hermes, BlackRock and Principal Global Investors.

Assets under management have increased by just under £1.6bn since Q3 2017 and now total £188.7bn as at 31st December 2017. This means the DGF universe has seen a continual growth of the total assets for the past 36 months.

Q4 2017 continued to see an increase in positive performance outcomes within the DGF universe, with 95.7% of products achieving a breakeven or positive return. The lowest quarterly return produced is -1 % and the best performing product achieved 6.29%, giving a spread of 7.29%pa between the top and bottom performer.

Looking at the three-year spread of annualised returns; once again all products achieved a breakeven or positive return. The lowest annualised return produced is 0.65% and the best performing product achieved 14.41%, giving a spread of around 13.76%pa between the top and bottom performer.

According to the CAMRADATA IQ quant screens for the 3 years to 31st December 2017, in the universe of products with an objective of cash plus three to five percent, Threadneedle’s Global Multi Asset Income Fund (T9GMAI) achieved the top position again with an IQ score of 0.85%. Other stand out products came from AB (AllianceBernstein), Aberdeen and Legal & General.

In Q4 2017 MSFI Absolute Return products achieved positive inflows of just under £3.8bn across the universe. This continues the positive trend for inflows with this asset class receiving positive inflows for the last 7 quarters.

T Rowe Price had the largest asset inflows totalling £1,892m, in converted sterling, during Q4 2017. They were followed by Western Asset Management, BlackRock, TCW and Payden&Rygel.

The EMD products continued to see net inflows of just over $11bn across the universe within Q4 2017. Ashmore Group had the largest asset inflows totalling $2,298m during the quarter. They were followed by Investec Asset Management, BlackRock, Franklin Templeton Investments and GAM.

Overall, EMD products in USD have been far less volatile in their distribution of returns than the JPM GBI-EM Global DIV Composite ($) – Total Return Index over the last 3 years. For instance, the EMD Median has achieved monthly median returns in the range of -5% to 5%, whilst the benchmark has ranged from -8% to +10%. This has seen no change from the previous quarter.

Sean Thompson concluded, “Our latest quarterly investment reports paint a largely positive picture for the end of 2017, with equity markets performing well outside Europe and stronger than predicted economic activity in the USA, following the approval of the long awaited tax bill.”

“While in Europe stocks lagged other markets in Q4, economic data remains strong and signs of improving economic growth boosted cyclical stocks. In the UK the FTSE All-Share index rose 5.0% over the quarter, with energy stocks generating the biggest gains.

“However, ongoing Brexit negotiations, the political concerns in Germany after the coalition talks collapsed and concerns over the uncertain political future of Catalonia in Spain will continue to impact the markets in 2018.”

“Investors can keep abreast of issues that are likely to affect the markets using CAMRADATA Live. This tool monitors the strategies of asset managers, keeping investors up to date on what’s happening across hundreds of asset classes and helping ensure they make informed investment decisions,” he added.

Needles, haystacks and how to attract early stage investment