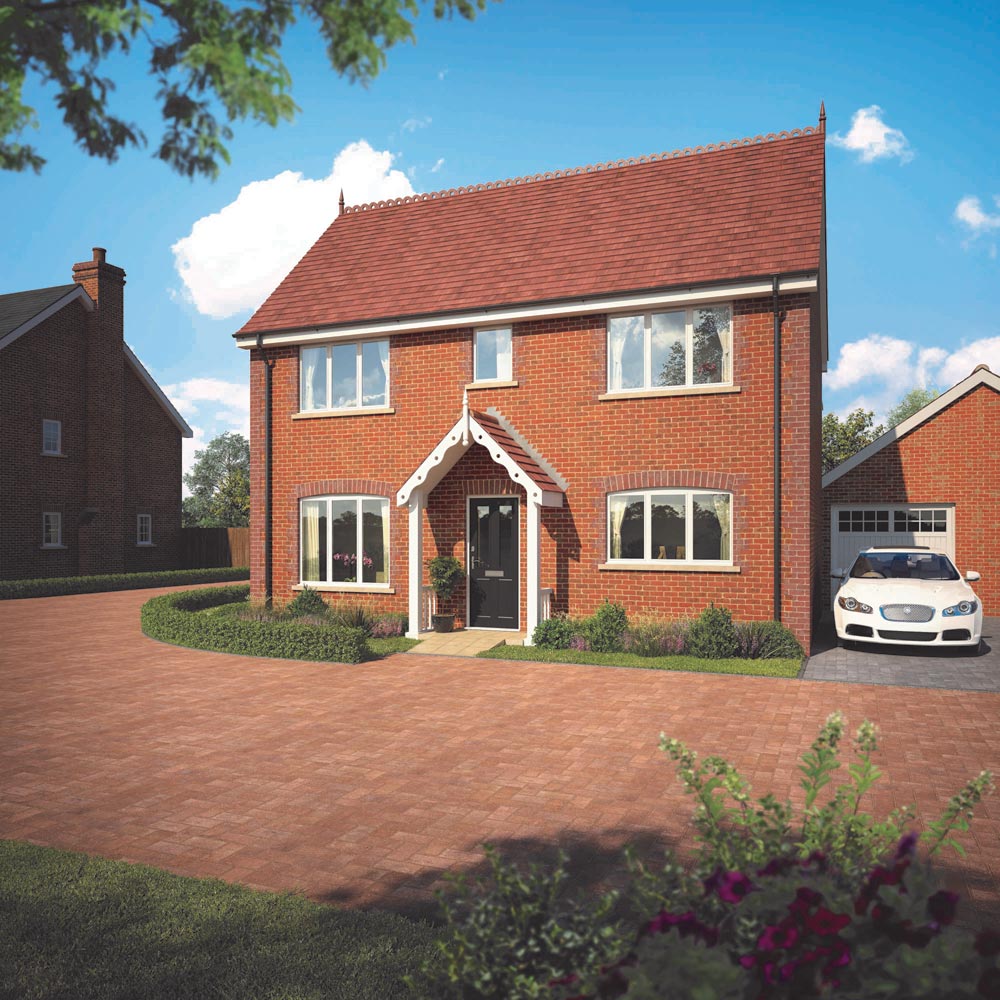 Over the last five years the average UK city house price has risen by 32%, the highest level on record. Meanwhile the average city annual earnings over the same period have risen by only 7%, resulting in a sizable shortfall in average house price to earnings ratio in UK cities[1]. For Oxfordshire house hunters attracted by the employment pull of the county’s sprawling city, yet seeking an affordable home within commuting distance, Bellway Home’s Hampden Gardens in Thame, Oxfordshire offers just that.

Thame, a well-connected market town features picturesque surrounds, sites of historic interest and is within easy reach of prestigious Oxford. The development itself, recently launched by Bellway Homes comprises an elegant collection of two, three, four and five-bedroom homes in a range of styles. Each home is expertly finished and is ideal for a range of homebuyers.

Steve Garton, Sales Director at Bellway Thames Valley comments: “Current buyers are being deterred from the cities as they become increasingly unaffordable, and suburban and rural areas are now in the spotlight. With this in mind, we’re very excited to offer a more affordable alternative to pricey Oxford, with Hampden Gardens, where prices are nearly £140,000 less than the average value in the neighbouring city.

“Thame is a brilliant area for nearby amenities and modern facilities whilst offering a more rural setting, yet is still within a 30 minute train ride from Oxford. Since the launch we’ve continued to see a large level of interest in this development, and I would encourage homebuyers to visit Hampden Gardens to get a flavour for the area and excellent homes available.”

The Langtree is an attractive three-bedroom home with stylish open-plan spaces and modern design features. The spacious kitchen is complete with AEG appliances, including a double oven, hob and cooker hood. The adjoining dining room features elegant French doors which lead out onto the rear garden. Residents will also benefit from a separate utility room. The ground floor is completed with a modern living room and cloakroom, affording plenty of space for growing families.

Upstairs, the contemporary bathroom serves bedrooms two and three, and comes complete with white sanitaryware, as well as chrome fittings and a choice of wall tiling. Bedroom one benefits from a fitted wardrobe, as well as access to a stylish, en-suite shower room. Storage cupboards can also be found in bedrooms one and two, with a further cupboard situated next to the bathroom.

In keeping with its picturesque surrounds, the development boasts spacious green boulevards throughout, enhancing the aesthetics of the site. There is a 198 hectare historical park bordering Hampden Gardens to the South, which was developed on the site of a former Cistercian Abbey, aptly reflecting the area’s fascinating heritage.

Thame is a highly regarded area and a characterful market town.  Contemporary amenities are also easily accessible, with many family-run stores and unique independent businesses close to home. Award-winning restaurants can also be sampled in this charming market town, with many eateries sourcing their ingredients from the local produce of Oxfordshire’s bountiful countryside.

Excellently located for growing and mature families, these appealing new homes in Thame boast several highly-regarded schools in the close surrounding area. Younger children will benefit from close proximity to John Hampton Primary School, which is less than a 10 minute walk from home, while Barley Hill Primary School and St. Joseph’s Catholic Primary School are both located around one mile away from the development.

The area is also a brilliant choice for commuters with excellent local road links and regular public transport services. Hampden Gardens is located just three miles from the M40 which connects the capital city of London to Birmingham, passing several major towns on route. For travel by train, Haddenham & Thames Parkway Station is less than a 10 minute drive from home, and provides regular services to major destinations such as London Marylebone, Banbury and Oxford Parkway. International travel is provided the major London Luton airport, which is just an hour’s drive from the development, via the M40.