Ethical property investment: Can your money do more? 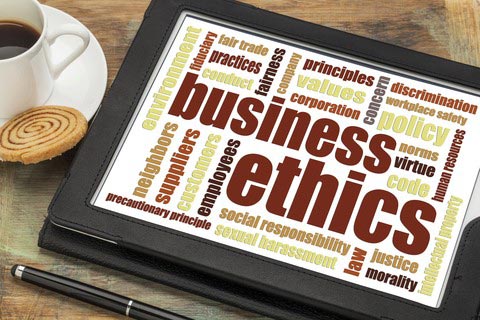 “Ethical investment is not a new concept in the UK, but it could well be on the brink of a revolution that will see a sharp and sudden rise in popularity.”

According to Jean Liggett, Founder and Managing Director of Properties of the World, ethical investment in the UK is long overdue a shakeup.

While investors have had access to ethical funds since 1984, uptake has remained low, at a fairly static rate of around 1.2% of all money invested in funds for the last decade or so, according to the Investment Management Association. Indeed, figures from sustainable investment research specialists EIRIS released in 2015 indicate that total investment in green and ethical retail funds in the UK was just over £15 billion: a drop in the ocean when one considers the overall investment picture.

But this formerly ‘niche’ form of investment could be about to hit the mainstream. Jean Liggett explains,

“A lot of ethical investment opportunities relate to particular causes or to the environment. That’s a great idea, but it relies on the investor being interested in those particular causes over and above the attractions of making money elsewhere.

“What we’re seeing now – and where Properties of the World is seeking to lead the way – is a new breed of ethical investment opportunity that appeals to a far broader pool of investors. We’re working with regular property investors looking to make their money do more – a stable, profitable investment with ethical benefits included.”

Bricks, mortar and ethics is not a new concept and there have been some notable successes, mainly in the form of companies providing office space for third sector and community organisations, but again the target market was restricted. The beauty of new ethical investment opportunities, according to Liggett, is that they don’t differ from those that are, well, less ethical.

A regular property investor, for example, looks for healthy yields. An investment offering circa 8% NET rental returns for 25 years holds instant appeal. A low price point (say, £58,500) and a developer with established credentials further add to the attractions. Indeed, many investors in the Wagon’s Way care home in northern England don’t even discover the ethical element of the investment until they’ve already been won over by the numbers.

At the same time, investors ‘with a conscience’ are pushing for property investments that stand out from the crowd based on their social or ethical credentials. At Wagon’s Way, the concept is simple: everybody wins. The 58 bed, high quality, nursing and dementia specific care home from Qualia Care Developments is raising the bar for standards of care for elderly individuals with dementia, regularly exceeding the requirements of the Care Quality Commission (CQC – the UK government regulatory body for care homes).

Qualia Care specializes in purchasing purpose-built, completed facilities in the North of England and using private funds to renovate and reinvigorate them. When an investor purchases a room, they buy a 125-year leasehold with a fixed rental. The money enables Qualia Care to renovate to an extremely high standard to make the home available to elderly residents who would otherwise be unlikely to be able to afford such a superb standard of care. The investor wins and so does the resident.

Incidentally, so does the local authority and the government, which is faced with an ageing population and the fact that a longer life doesn’t always mean a better standard of living.

In the area of northern England in which Wagon’s Way is based, one in four people will be aged 65+ by 2050, according to estimates from the Office for National Statistics. That’s an increase of 56.3% since 2012. Meanwhile the Alzheimer’s Society has reported that the 850,000 UK residents with dementia in 2015 is on track to grow to more than 1 million by 2025 and to over 2 million by 2051.

Demand for high quality care is set to continue increasing and the government needs to find new ways to fund it in order to provide dignity for all in later life. The increasing engagement of property investors with the care sector has certainly come at the right time.

“It’s one of those rare moments when everything comes together at once to usher in the start of a new era,” concludes Properties of the World’s Jean Liggett. “We’ve seen the ethical property sector in Australia really flourish over the last few years and now it’s the UK’s time to shine. Let’s shake up the concept of mainstream property investment by showing that every investor can afford to have decent ethics, without it being at the expense of their bottom line.”