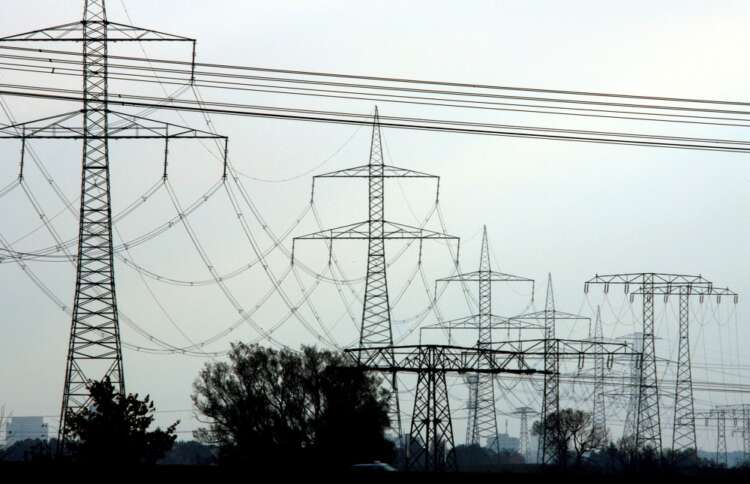 LUXEMBOURG (Reuters) -European Union countries failed to agree on a bloc-wide response to surging energy prices in an emergency meeting of government ministers on Tuesday, with some countries seeking a regulatory overhaul and others firmly opposed.

Countries are struggling to agree however on a longer-term plan to cushion against fossil-fuel price swings, which Spain, France, the Czech Republic and Greece say warrant a bigger shake-up of the way EU energy markets work.

“There was no agreed position on whether or not intervention measures should be adopted at the EU level and applied in all member states,” Slovenian infrastructure minister Jernej Vrtovec, whose country holds the EU presidency, said after the meeting.

Spain made the case in Tuesday’s meeting for joint gas purchases by EU countries and proposed that individual countries should be able to opt out of the EU’s current system of setting electricity prices.

Those proposals faced resistance from other countries, who are wary of overhauling EU energy laws in response to what they say is a short-term price crunch.

Nine states including Germany – Europe’s biggest economy and market for electricity – published a joint statement ahead of the meeting that said they would not support EU electricity market reforms.

“This will not be a remedy to mitigate the current rising energy prices linked to fossil fuels markets,” the countries said.

The European Commission is analysing the design of Europe’s electricity market and gathering evidence on the behaviour of gas suppliers after some countries accused Russia’s Gazprom of manipulating the market to push up prices.

The Commission will also assess the pros and cons of joint gas buying among EU countries.

“There are many issues to be considered – who will pay for the costs of procuring and storing the gas, how the gas will be transported from the different regions,” EU energy commissioner Kadri Simson said.

With less than a week until the international COP26 climate change summit, the energy price spike has also stoked tensions among EU countries as they prepare to negotiate a raft of new policies to tackle climate change, including higher tax rates for polluting fuels.

Exclusive-German govt expects inflation to surge to 2.9% in 2021 – source