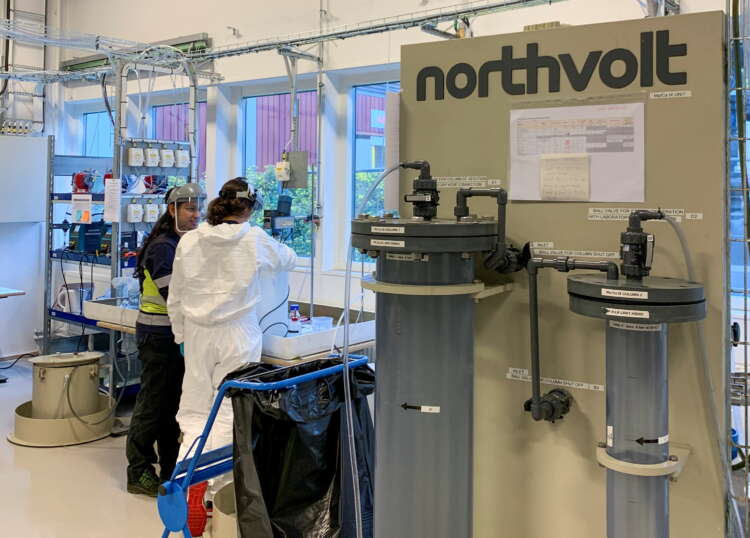 By Helena Soderpalm and Supantha Mukherjee

As it aims to take on major Asian players such as CATL and LG Chem, Northvolt said it would set up the “first R&D campus covering the entire battery ecosystem”.

Northvolt, which plans to start production this year at its gigafactory in Sweden’s Skelleftea, plans to build a new office in Vasteras, increase headcount there to at least 1,000 from 400, and create a centre for customers to experiment with battery technologies and electrification.

China is currently home to some 80% of lithium-ion cell production, but with demand soaring, capacity in Europe is set to expand quickly and Northvolt is targeting a 25% market share in Europe by 2030.

“The development in Vasteras is the funnel right now that will enable us to do that land grab,” Northvolt Chief Executive Peter Carlsson told Reuters, adding that this would require it to hire around 5,000 engineers within five years.

“I have some slide presentation on the very early concepts … we hadn’t chosen Vasteras then but we had a first budget of 80 million dollars,” Carlsson said in an interview.

European carmakers are looking to use batteries from Northvolt for their electric vehicles to rival those from Tesla, which is building its own factory in Germany.

Backed by Volkswagen, Scania, the European Commission and Spotify founder Daniel Ek, Northvolt has raised funding of more than $6.5 billion, with nearly $20 billion in orders from the biggest automakers.

A source said in June that its latest fundraising had valued Northvolt at $11.75 billion. Electric vehicle and related sectors have been a big draw for investors, who have driven up the valuations of pioneers such as Tesla and Lucid Motors.

A Network of Networks: Will CEOs be Replaced by AI in the Next 10 Years?