Explainer-Western sanctions on banks only scratch surface of Fortress Russia 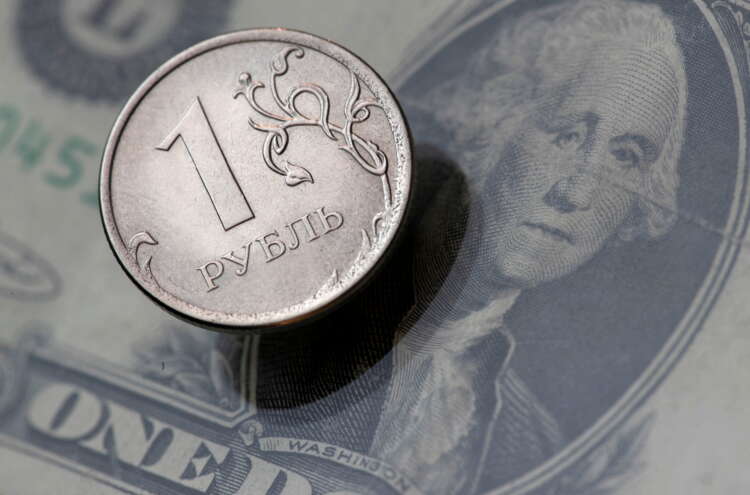 By Tommy Wilkes and John McCrank

LONDON/NEW YORK (Reuters) – The United States, the European Union and Britain announced new sanctions on Russia on Tuesday after Moscow’s recognition of two separatist regions in Ukraine as independent entities.

Chief among their targets: Russian banks and their ability to operate internationally.

Yet the impact of the new sanctions is likely to be minimal. Western governments – for now – are preferring to keep the much larger sanctions packages that they have planned in reserve should the crisis escalate.

It means Russian bankers or their Western counterparts with exposures to the country won’t be losing much sleep.

Indeed, U.S. banks are not expecting global sanctions to have a major impact on American bank businesses or spark contagion risk, given lenders have little exposure to the Russian economy, said three executives familiar with industry thinking. [nL8N2UX2PZ]

Here’s how the banks are being targeted and which measures might hit harder:

WHAT HAS BEEN ANNOUNCED SO FAR?

European foreign ministers agreed to sanction 27 individuals and entities, including banks financing Russian decision-makers and operations in the breakaway territories.

The package of sanctions also includes all members of the lower house of the Russian parliament who voted in favour of the recognition of the breakaway regions.

Britain imposed sanctions on Gennady Timchenko and two other billionaires with close links to Russian President Vladimir Putin, and on five banks – Rossiya, IS Bank, GenBank, Promsvyazbank and the Black Sea Bank.

The lenders are relatively small and only military bank Promsvyazbank is on the Russian central bank’s list of systemically important credit institutions.

Bank Rossiya is already under U.S. sanctions from 2014 for its close ties to Kremlin officials.

It also ramped up prohibitions on Russian sovereign debt, which U.S. President Joe Biden said meant the Russian government would be cut off from Western financing. The U.S. Treasury said it was extending current prohibitions to cover participation in the secondary market for bonds issued after March 1 by Russia’s Central Bank and other entities.

Russian dollar bonds extended their losses after the announcement on U.S. sanctions, with longer-dated issues slipping to record lows trading in the mid-90s, data showed. The premium demanded by investors to hold Russian debt over safe-have U.S. Treasuries blew out to 329 basis points, the widest since the COVID market rout in spring 2020.

WHAT WILL THE IMPACT BE?

Russia’s large banks are deeply integrated into the global financial system, meaning sanctions on the biggest institutions could be felt far beyond its borders.

But the new sanctions focus on smaller lenders.

The measures targeting banks are not yet as extensive as those imposed after Russia’s annexation of Crimea in 2014, although many of those sanctions remain in place.

Shares in Russia’s biggest banks, Sberbank and VTB soared after the state-controlled groups escaped the sanctions.

Russia has since 2014 diversified away from U.S. Treasuries and dollars – the euro and gold account for a bigger share of Russia’s reserves than do dollars, according to a January report from the Institute of International Finance.

Russia has some strong macroeconomic defences too, including abundant hard currency reserves of $635 billion, oil prices near $100 a barrel and a low debt-to-GDP ratio of 18% in 2021.

“The ones today were not that significant,” said Samuel Charap, a senior political scientist at the nonprofit, nonpartisan RAND Corporation, about the U.S. sanctions.

“The question is where we go from here,” he said. “I am increasingly pessimistic, and I think there is a high probability of significant further Russian military action and I think in that case, we are likely to see some of the really qualitatively more devastating measures than in the past.”

The EU has said it is ready to impose “massive consequences” on Russia’s economy but has also cautioned that, given the EU’s close energy and trade ties to Russia, it wants to ratchet up sanctions in stages.

Officials consider Tuesday’s measures as a first round.

Beyond lenders that do business directly with the breakaway regions, it’s not clear yet when or whether the EU will hit the biggest banks.

Those measures, however, may be kept in reserve.

Russia’s Sberbank and VTB would face American sanctions if Moscow proceeds with its invasion of Ukraine, a senior U.S. administration official told reporters.

If such banks did get targeted, U.S. banks could face retaliation, said Charap, who pointed to cyber attacks as a potential weapon that could be used.

WHAT WOULD HIT HARDEST?

What the region’s banks and Western creditors fear most is the possibility that Russia is banned from a widely used global payment system, SWIFT, which is used by more than 11,000 financial institutions in over 200 countries.

Such a move would hit Russian banks hard but the consequences are complex. Banning SWIFT would make it tough for European creditors to get their money back and Russia has been building up an alternative payment system.

Data from the Bank of International Settlements (BIS) shows that European lenders hold the lion’s share of the nearly $30 billion in foreign banks’ exposure to Russia.

WHICH FOREIGN BANKS ARE MOST EXPOSED?

Europe’s banks – particularly those in Austria, Italy and France – are the world’s most exposed to Russia, and have been on high alert should governments impose new sanctions.

Italian and French banks each had outstanding claims of some $25 billion on Russia in the third quarter of 2021, according to BIS figures. Austrian banks had $17.5 billion. That compares with $14.7 billion for the United States.

Among the most exposed lenders is Austria’s RBI, which has big operations in Russia and Ukraine. It has said “crisis plans” would come into effect if things deteriorate. Its shares closed down 7.5% on Tuesday.

Many foreign banks have, however, significantly reduced their exposure to Russia since 2014, making some bankers less concerned about the threat of sanctions.

impact.com releases The Partnership Economy, a new book that guides businesses to success in a digital world