Factbox-Who is buying Russian crude oil and who has stopped 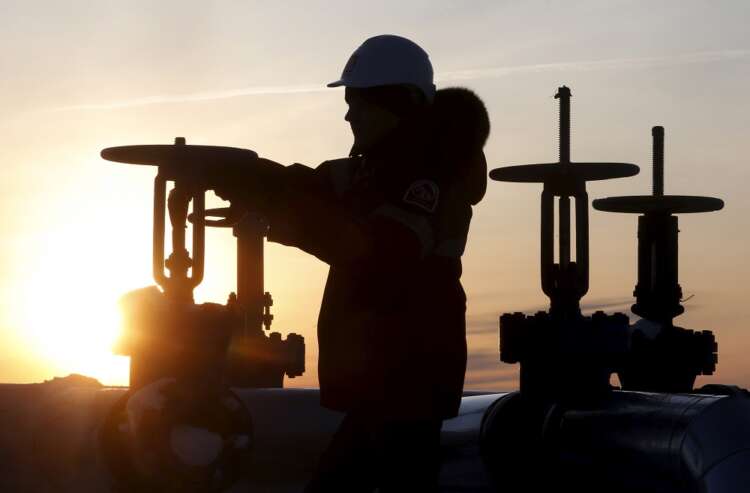 (Reuters) – Here is the response by countries regarding purchases of Russian oil following Moscow’s invasion of Ukraine on Feb. 24, and how companies have acted.

Australia, Britain, Canada and the United States have imposed outright bans on Russian oil purchases but the 27 members of the European Union have not been able to agree on the embargo.

The EU aims to reduce its dependence on Russian oil and gas by two-thirds by the end of the year and to zero by the end of 2027, EU Economic Commissioner Paolo Gentiloni has said.

Germany, the EU’s largest economy, has announced plans to end its dependence on Russian oil by the close of this year.

While the EU has not imposed an embargo, many companies in Europe have stopped buying Russian crude voluntarily or promised to do so when their long-term contracts expire.

Major global trading houses plan to reduce crude and fuel purchases from Russia’s state-controlled oil companies as early as May 15 to avoid falling foul of EU’s financial sanctions on Russia.

Moscow has threatened to search for alternative markets for its energy supplies if the West shuns Russian oil and gas.

China and India, which have refused to condemn Russia’s actions, continue to buy Russian crude.

Below are current and former buyers of Russian crude (in alphabetical order):

Greece’s biggest oil refiner relies on Russian crude for about 15% of its intake. The company earlier this month secured additional supplies from Saudi Arabia.

The refiner, which also buys crude on behalf of its Chennai Petroleum subsidiary, however, has excluded several high-sulphur crude grades, including Urals, from its latest tender, according to trading sources.

Italy’s largest refinery, owned by Lukoil-controlled Swiss-based Litasco SA, has been forced to source nearly all of its crude oil from its Russian owner, because international banks are no longer providing it with credit.

The Italian government is considering temporary nationalisation of ISAB as one of its options if sanctions are imposed on Russian oil, two government sources told Reuters.

The land-locked Leuna refinery in eastern Germany, majority-owned by TotalEnergies, is also fed Russian crude by the Druzhba pipeline.

The state-run Indian refiner has bought 1 million barrels of Russian Urals crude for May loading via a tender from a European trader, a rare purchase driven by the discount offered.

Russian crude continues to account for about 14% of the intake at Germany’s largest refinery, Miro, which is 24% owned by Rosneft..

The Hungarian oil group, which operates three refineries in Hungary and Slovakia and Croatia, continues to buy Russian crude via Druzhba pipeline, as well as refined products.

The company said it would take two to four years and cost between $500 and $700 million to replace Russian oil imports in case of a full European embargo.

The Indian private refiner, part-owned by Rosneft, has purchased Russian oil after a gap of a year, buying about 1.8 million barrels of Urals from trader Trafigura.

A Bulgarian refinery, owned by Russia’s Lukoil, and with Russian crude accounting for about 60% of its intake, continues to refine Russian crude.

Poland’s largest refiner has stopped buying Russian crude on the spot market, switching to North Sea oil, but is still buying Urals under previously signed contracts which expire by the end of this year or later.

The company, which operates refineries in Lithuania, Poland and the Czech Republic, saw its profit from refining surge in March thanks to the discount it pays for Russian oil.

The British oil major, which is abandoning its stake in Rosneft, will not enter new deals with Russian entities for loading at Russian ports, unless “essential for ensuring security of supplies”.

Japan’s biggest refiner has stopped buying crude oil from Russia, while some cargoes signed under previous agreements will arrive in Japan until around April. The company plans to source alternative supplies from the Middle East.

The energy group, 30.3% owned by the Italian government, is suspending purchases of Russian oil.

No Russian crude will be used at Germany’s Bayernoil refinery, in which Eni and Rosneft have stakes.

Norway’s majority state-owned energy firm has stopped trading Russian oil as it winds down its operations in the country.

The Portuguese oil and gas company has suspended all new purchases of petroleum products from Russia or Russian companies.

The global mining and trading firm, which holds a 0.57% stake in Rosneft, said it would continue to honour its obligations under previously signed contracts, but would “not enter into any new trading business in respect of Russian origin commodities unless directed by the relevant government authorities”.

Sweden’s largest refiner, owned by Saudi billionaire Mohammed Hussein al-Amoudi, has “paused” new orders of Russian crude, which accounted for around 7% of its purchases, replacing them with North Sea barrels.

The Spanish company has stopped buying Russian crude oil in the spot market.

The world’s largest petroleum trader has stopped buying Russian crude and on April 27 said it would no longer accept refined products with any Russian content, including blended fuels.

The Geneva-based global commodities trader plans to stop all purchases of crude oil from Rosneft by May 15 when tighter EU rules on Russian oil sales come into effect, and “substantially” reduce volume of refined products it buys from Rosneft.

The French oil major has said it would no longer enter into or renew the existing contracts to buy Russian crude oil and petroleum products, with the aim of halting all purchases by the end of 2022.

The contracts primarily cover supplies for its Leuna refinery in eastern Germany, which gets Russian crude via the Druzhba pipeline, as well as Europe’s gasoil supply.

The Swiss refiner, which owns 51.4% in Germany’s Bayernoil refinery, has said it does not plan to enter into new deals to buy Russian crude.