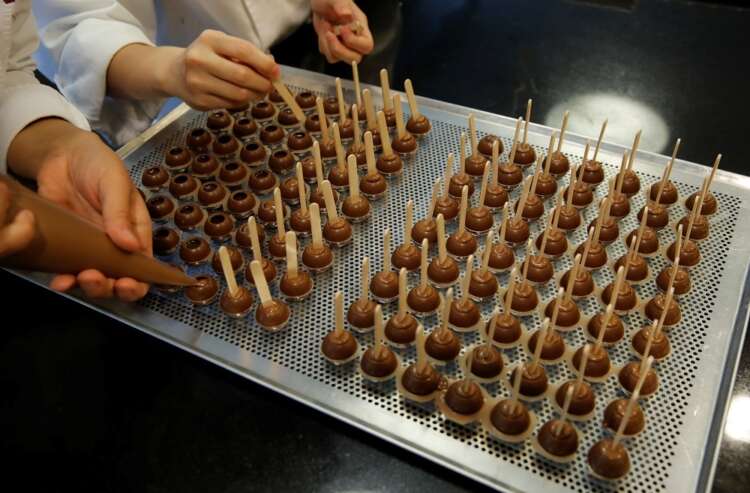 ZURICH (Reuters) -Barry Callebaut expects a “notable financial impact” in its fourth quarter from the shutdown of its Wieze factory as the world’s biggest chocolate maker said on Wednesday that strong demand boosted sales in the nine months to May.

The global chocolate confectionery market grew only 1.4% during that period, Barry Callebaut said, and it outpaced it thanks to strong demand across regions and a continued recovery in its gourmet business that caters to bakeries and chefs.

The company halted production at its Wieze site in Belgium – the world’s biggest chocolate factory – after detecting salmonella in June, but said cleaning was progressing well and it expected to restart production early next month and return to full capacity over the following weeks.

“Though the full financial impact of the incident is still being assessed, the Group expects it to be notable for the financial results in the fourth quarter 2021/22,” it said.

“I assume a 2% group impact on a full-year basis from the factory’s temporary closure, its biggest and around a fifth of group volume,” said Kepler Cheuvreux analyst Jon Cox, adding that the negative impact could reach 10% in the quarter.

Barry Callebaut, which passes higher raw material costs on to customers like Nestle, confirmed it expects average volume growth of 5-7% per year and earnings before interest and tax above volume growth in local currencies for the period ending on Aug. 31 next year.