When we hear problems about getting goods from A to B, our thoughts usually turn to the manufacturers and retailers that base their business models on being able to get those products into the hands of customers. It is however, equally concerning to the financial services institutions that back those companies. These financial sector leaders might be providing overdraft and credit facilities to retailers or they invested in manufacturers to allow them to make more goods faster, or perhaps they may have facilitated the financing of supply chain inventory. Whatever their relationship, the frictionless flow of cargo from one country to another is just as much a concern for the institutions that make up financial sector, as well as the industries they serve.

That’s why the current problems surrounding the UK’s transition out of the European Union will be so concerning to many finance sector leaders. Exports of goods to the bloc have tumbled, falling by 40% in January 2021, with imports dropping 29%. The issues could be curtailing businesses’ ambitions: the Federation of Small Businesses reported that 23% of small businesses had temporarily halted sales to EU customers, while a further four per cent had decided to stop selling to the bloc permanently.

What’s causing this? Data from the Chartered Institute of Purchasing & Supply, (CIPS) highlighted how delays at the UK/EU border, increased as new customs paperwork continued to cause problems. According to CIPs, supply chain managers in the UK said the main reason for border delays is that it is taking longer for customs to work through new paperwork. 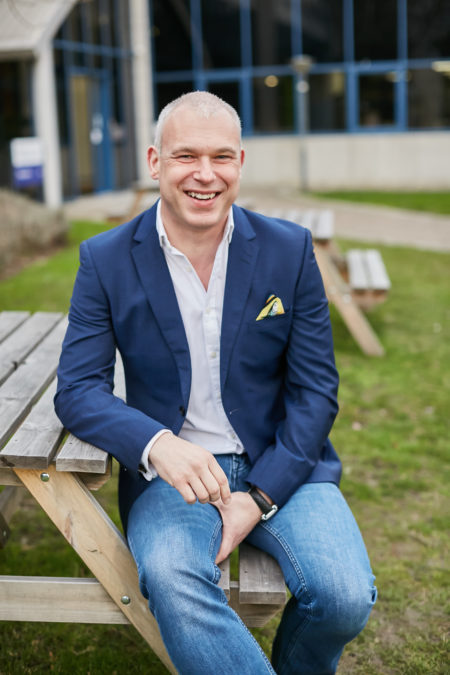 In fact, the increase in administration is such that a majority of financial services IT decision-makers (72%) surveyed by eFax believed that extra levels of paperwork required to do business across EU borders creates an additional security risk. Unsurprisingly, the same study found that 68% are accelerating the speed of digital transformation of paper-based processes as a direct result of the disruption caused by Brexit.

What’s more, 76% of respondents would have accelerated digital transformation sooner if they had been aware of how much the extra paperwork would slow down cross border trade and transport.

It is going to take some months for the systems and processes surrounding the passage of goods between the UK and EU to be solved and refined to satisfaction, a situation which is likely to have several more twists and turns as various extensions expire for different sectors and commodities. However, financial services providers do have opportunities to streamline their own operations to do all they can to ensure frictionless cross-border travel and trade. For instance, they should look at how they store and share documentation with employees, suppliers, customers, and partners.

Despite the hype around digital transformation, there are many areas of life where physical documentation remains the norm. Logistics is one of those. Bills of lading, the piece of paper that proves cargo ownership, are often couriered from one party to another. New digital versions, based on emerging technologies such as blockchain, are being piloted, but overall, many businesses are forced to overcome significant challenges to get paperwork into the right hands at the right time.

However, there is appetite for change. The eFax study found that 88% of FS IT decision-makers believe workers travelling across borders would benefit from the ability to send, receive, and securely sign extra layers of paperwork on-the-move.

A few years ago, this wouldn’t have been possible – neither the IT infrastructure nor the devices were available, at scale, for entire workforces to be equipped with the right tools to digitally share documentation appropriately. Now, as FS companies accelerate their digital transformation, they increasingly have the capabilities to facilitate such a transfer. When added to the wider availability of high-quality coverage, cloud computing, smartphones, and tablets, it means that every part of the supply chain, from financier to truck driver and stock picker, can access paperwork, sign for it, and share it securely, all from the palm of their hand.

The desire and the means are there – what key players in supply chains need to do now is ensure that their digital transformation, already being accelerated, covers all aspects of their operations. In doing so, they can ensure that they are well placed to optimise the transit of their cargo across borders.

There are always going to be disruptive external factors. No one wants to see backlogs of trucks snaking out of ports, food rotting in warehouses or customers left disappointed by deliveries unable to get over the border, least of all the financial institutions that provided funding upfront. With more paperwork than ever before, making sure it is in the right hands, at the right time, is critical to a more frictionless flow of cargo.

How can savers calculate their risk appetite?