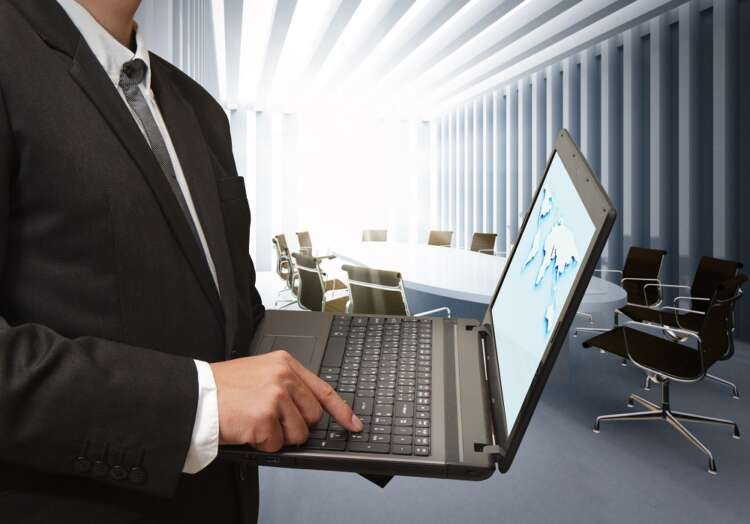 Markets today can learn a lot from the problems that digital transformation solved for individual banks and financial services firms 10 to 20 years ago.

The truth about the enterprise software industry is that we never finished what we started. Granted, we digitised and transformed the operations of the world’s largest firms. But outside industry-level achievements such as SWIFT and CLS, we are still looking at the same markets in which firms operate today as we were 50 years ago. We have now been presented with an opportunity to digitise entire markets, and enterprise blockchain is paving the way.

The emergence of ‘middleware’ back in the late 90s and early 2000s offers a perfect example of this. Middleware grew in popularity as institutions came to the realisation that they had a growing issue: they’d built or installed dozens or even hundreds of applications on which they ran their businesses, yet none of these systems talked to each other properly.

Enterprise IT systems within businesses were completely out of sync, requiring armies of people to re-key information left, right and centre. The resulting mess came at a colossal expense to banks and other financial services institutions across the globe.

The solution to this problem began modestly, with the introduction of software that literally sat in the middle of applications and connected them to each other. If a relevant action happened in one application, it would be forwarded to the other one. These early products were essentially ’email for machines’ and spawned the birth of a new industry: ‘enterprise middleware’.

Over time, these products evolved so that firms were able to identify all the routine processes that took place across their business and automate them as much as possible, ensuring data flowed where it should and when it should.

While the term ‘middleware’ is sometimes used disparagingly today, the arc of progress from systems that could barely talk to each other to systems that were orchestrated to achieve an optimised business outcome is astounding as we look back on the accumulated achievements that were delivered. Ultimately, however, this evolution was happening only at the level of the individual firm.

Few companies back then even thought about optimising the markets in which they operated. How could they have? Little of the software was designed to do anything other than join together systems deployed in the same IT estate.

Fast forward to today, however, and financial services firms are at the end of their middleware-focused optimisation journeys and are embarking on the next, as they migrate operations to the cloud. But the question of inefficiencies between firms remains open. Take the most trivial example in payments:

“I just wired you the funds, did you get them?”

“No, I can’t see them. Which account did you send them to? Which reference did you use? Can you ask your bank to chase?”

How can we be almost a quarter of the way through the 21st century and still accept lost payments as a daily occurrence? How is it possible that if one party agrees with another that it owes it money, such a mess can be created when they try to pay each other?

The intra-firm problems that led to the emergence of middleware two decades ago are precisely the ones that are still making inter-firm business so inefficient.

The journey individual firms went on, from messaging to integration, orchestration and process optimisation, is now a journey that entire financial markets can go on. The problems that couldn’t be solved back then without changing the structure of the market through the introduction of a new central player are now ones we are fully capable of solving

But what has changed? The simplistic answer is “enterprise blockchain.” While accurate on the surface, this answer is lazy because not all enterprise blockchains have been designed for the same purpose, and the enabling technology and environment is not all-new – for example the maturation of crypto techniques, consensus algorithms and the emergence of industry consortia.

But the explosion of interest in blockchain technology was a catalyst that made the financial services industry – and the technology firms serving it – realise that maybe it could move to common data processing and not just data sharing at the level of markets and, in so doing, utterly transform them for the better.

Moving from a world where everybody builds and runs their own distinct applications, which are endlessly out of sync, to one where everybody is using a shared market-level digital application, dramatically drives down deviations and errors.

And this can be achieved by applying the key insights from the blockchain revolution to ensure the facts that both parties to a transaction care about – such as who can update which records, when and in what ways – are documented in deterministically executed code in a way that eliminates critical sources of error or opportunities for inconsistency.

By identifying and ruthlessly eliminating all the places where disagreements, ambiguity and doubt can enter the process, it allows the rest of the process to be executed like a train on rail tracks. And just like trains, if two of them start in the same place and follow the same track, they’ll end up in the same place at the end. While this may seem trivial, it can radically transform processes that financial institutions rely on, from payments to trade finance, syndicated lending, identity management and much more.

Enterprise blockchain platforms have proven so efficient because they make improvements to various inter-firm business processes which, in turn, help increase levels of automation and consensus. These platforms will become central to our future markets, providing the ultimate cross-industry middleware.

Over the past 50 years, financial technology has helped individual firms optimise their operational efficiency. The future will be about digitising entire markets and enterprise blockchain will be central to fulfilling this mandate.

The death of cards and what to expect next