From a year of disruption to gentle growth: What 2018 may hold for the global business landscape 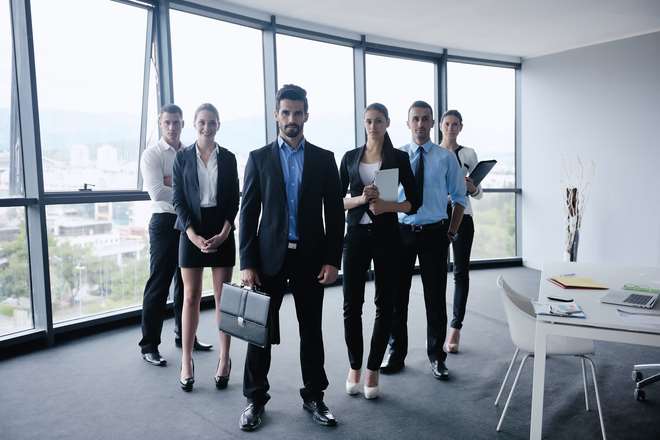 The year 2017 has been called a ‘year of disruption’ – and the world of politics was notably unpredictable. January saw the inauguration of a US President that few people had expected to win, tensions in the Middle East escalated and in the UK Theresa May called a surprise general election amid Brexit negotiations – and unexpectedly lost her Parliamentary majority.

Meanwhile, technological change continued to accelerate and reshape various markets, with high profile casualties including Toys R Us. All in all, 2017 fulfilled our expectations and created a challenging operating environment for global businesses, which turned their focus to mitigating risk in most regions.

As we settle into 2018, businesses may well be wondering what to expect in the year ahead: What is the outlook for the global economy? What are the key risks? And will 2017’s disruption begin to settle?

Gentle growth is on the horizon

The positive news is that2018 is likely to see a reduction in the overall level of risk in the business landscape. Dun & Bradstreet’s Global Business Impact score measures the level of risk in the global business operating environment: in the final quarter of last year,the score fell from 239 to 228. To give a sense of scale, the score peaked at the end of 2016, reaching a high of 281 in response to dramatic political events.

The global recovery seems resilient to political risks for now, and we forecast that global growth will continue to strengthen in 2018. While growth for 2016 came in at 2.4% (the lowest level since 2009), it is estimated to have rebounded to 3.1% in 2017. Our analysis shows that this positive trajectory will continue, improving even further to 3.1% in 2018, thus delivering a gentle acceleration in global economic growth.

Resilience in the face of political threats

Crucially, it seems that global trade is adjusting to political threats. Despite concerns about the potential impact of the UK’s Brexit vote and the election of Donald Trump, it seems that countries are adapting to the new era. The US President had formerly campaigned against multilateral trade and investment deals such as NAFTA and the Trans-Pacific Partnership (TPP), but despite the US pulling out of the TPP negotiations, the 11 remaining Pacific Rim countries have chosen to implement the initial treaty. It seems that Trump’s stance has seen the US lose its leadership role in global trade, but other countries are willing to step into the breach – preserving some stability.

Fears about the impact of Brexit on global trade are also beginning to subside. Individual businesses were certainly affected by the initial vote; one in three UK SMEs cancelled or postponed plans to expand as a direct result of the decision. More widely, it was feared that Brexit threatened the integrity of the EU bloc. But as we progress into 2018, details about the terms of the UK’s EU departure are becoming clearer.A general agreement on Brexit was confirmed in early December 2017, which will be followed by more detailed negotiations about a transition phase and post-Brexit trade relations. While much remains to be determined in the months ahead, these developments reduce the potential adverse impact of Brexit on businesses operating both in and outside of the UK.

Volatility in the Middle East and Africa

There are pockets of rising regional risk emanating from the Middle East and North Africa. The recent crackdown by Saudi Arabia’s Crown Prince Mohammed bin Salman is a significant concern, as it may provoke large-scale unrest in the kingdom; this would in turn have implications for businesses, as it could lead to oil prices rising above the USD80 per barrel mark.

Similarly, there is the threat that an escalation in Iranian-Saudi tensions could lead to direct military conflict (as opposed to the proxy wars currently being fought). Any direct military conflict would likely target oil installations, potentially pushing up oil prices to USD120 per barrel or above – significantly impacting businesses operating in the region and beyond.

Overall, the most significant risk that we have identified at the start of 2018 will affect all businesses: the impact of technological change. Rapidly evolving technology is disrupting the business environment faster than ever before, with cyber dependence and connectivity accelerating all around the world; while this may be creating opportunities in many markets, it will also lead to more frequent and more damaging cyber-security issues. Last year saw a number of damaging and high profile cyber-attacks. And as the new General Data Protection Regulation (GDPR) comes into force in April this year, fines of up to 2% of global revenue for non-compliant companies could have serious ramifications for businesses worldwide.

Separately, there are risks posed by the growing integration of bitcoin and other cryptocurrencies into mainstream global financial transactions and markets; this will pose new regulatory challenges and risks to investors’ portfolios. Overall, as developments in areas like artificial intelligence and the Internet of Things continue in the year ahead, businesses in every sector will need to consider the impact of technological change – and how they can mitigate the risks.

Keeping an eye on the horizon

On the whole, 2018 should see an easing of cross-border risks, and ultimately an improvement in the global business operating environment. The global recovery seems resilient to many of the political risks that we saw emerge in 2016 and 2017, with the world adjusting to changes in the US and EU. However, it’s fair to say that in the present political, technological and economic landscape, threats can emerge and develop quickly, and unpredictability is an ongoing challenge. Businesses must keep a steady eye on the horizon, and continually monitor global and regional threats, if they are to maximise their chances of enjoying the growing resilience of the global economy.