For years, it was the ultimate graduate dream – a secure training scheme with a big-name company in the City, plenty of perks and a salary which made those all-nighters seem worthwhile. These days however, increasing numbers of City workers are finding that prestige and salary isn’t enough, and that passion, well-being and the opportunity to make an impact on the world are becoming just as vital for a satisfied working life. 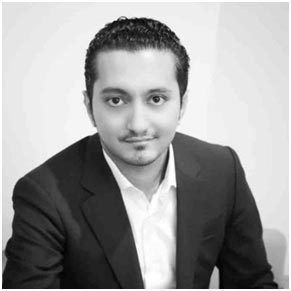 At the same time, the UK start-up and entrepreneur scene is booming, packed with former City workers looking to use their expertise for a new challenge. London has been hailed as the start-up Capital of Europe, and with a record 80 UK companies registered every hour in 2016, this shows no signs of slowing down. The phenomenon of former high-flyers swapping the trading floor for an East London co-working space has become so popular that there are even businesses dedicated to facilitating this move, such as Escape the City, which was founded in 2010 to help city workers disillusioned after years at the core of corporate life forge a new path. But what is it that finally motivates these ex-city slickers to leave the skyscrapers behind and found a start-up?

For many entrepreneurs, it’s the opportunity to transform existing systems that have become fractured, difficult, or out-dated in our modern world that gives them that final push to quit the City. This is a scenario that Babek Ismayil, founder of London-based PropTech company OneDome, knows only too well. After more than a decade working as a credit derivatives, high yield and distressed debt trader at the likes of JP Morgan and Credit Agricole, he founded a start-up with the aim of transforming the property industry with a centralised platform that makes the most of new technology.

“The whole property transaction process was fragmented and stressful” says Babek. “The OneDome technology gives everyone access to a single platform, meaning that buyers can do their research, purchase, procure conveyancing and financing all under one login. Better still, they can use an established high-street agent, who was previously unable to offer this technology”.

After launching in April 2016, OneDome recently raised £3m in ‘Series A’ investment from a group of high profile angel investors, and Babek is passionate about the role of technology start-ups in transforming systems that no longer offer a great customer experience: “I don’t like the phrase disruption. Technology has the ability to make everything easy and better for the customer. There is nothing to fear from offering a superior customer experience”. 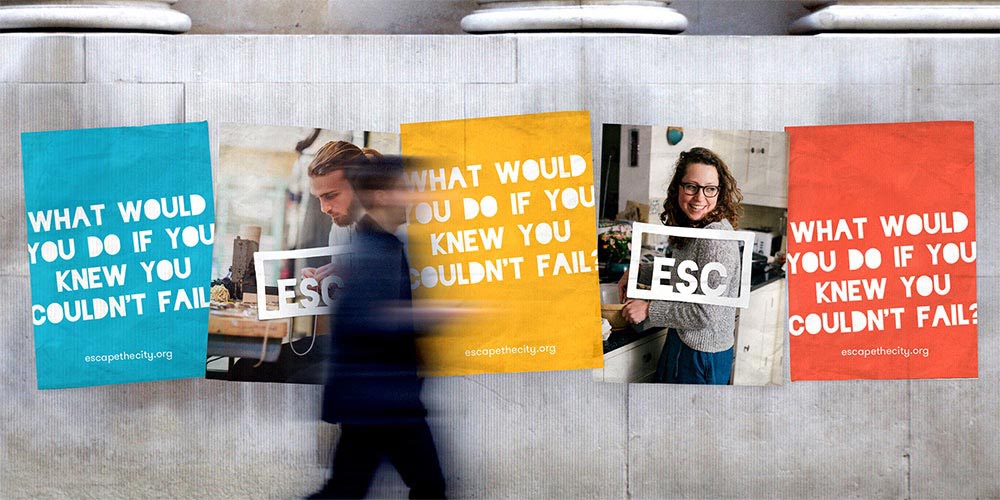 Deepak Ravindran is another entrepreneur who saw an outdated system, and a way to change it. Along with his wife Emilie Vanpoperinghe, he co-founded ODDBOX, a ‘wonky fruit and veg box’ in 2016 after thirteen years in financial services, in a bid to help reduce the amount of food waste in the UK. Promoting local produce and working with food banks to distribute any leftover produce, the company deliver their boxes to both homes and offices – which will hopefully one day include the big businesses they left behind.

However, its not just men blazing the trail when it comes to leaving the City behind for the start-up life. While women make up just 7 per cent of the FTSE 100 CEOs (an increase of 1% since 2016) the number of female business owners has soared by 45 per cent since 2013 according to research by Aston University, a move which is finally helping to narrow the ‘enterprise gap’ between male and female company owners across the UK.

One of these new business owners is Ariana Alexander-Sefre, who made the leap from Events Marketing at Citi Private Bank in New York to co-founding Sweat & Sound, an immersive, live music fitness events company based in London, while Charlotte Sweeney gave up an Investment Banking career to found her own consultancy business – and was awarded an OBE in the process.

In the case of Danielle Kendall, former IT Engineer at Lockton Companies and founder of Team Hen, her entire team are women, a number of whom also left their city careers behind to realise their start-up dreams while enjoying a more flexible lifestyle.

It was this flexibility and the chance to incorporate family life into her work that inspired her to found a start-up in the first place: “ I never envisaged leaving the job I loved, but I wasn’t offered any flexibility in my roll, and with the cost of full time childcare and the commute it simply didn’t add up. I left my job in the city and concentrated full time on Team Hen in 2014, and today we employ a team of five. We’ve grown rapidly over the last 3 years and now ship worldwide and wholesale directly to Amazon, as well as selling on NotOnTheHighStreet and via our own website”.

For more information on BabekIsmayil or OneDome, please contact Irina.Donciu@OneDome.com .