From one Golden Week to another: easyMarkets looks at gold's rollercoaster 2016 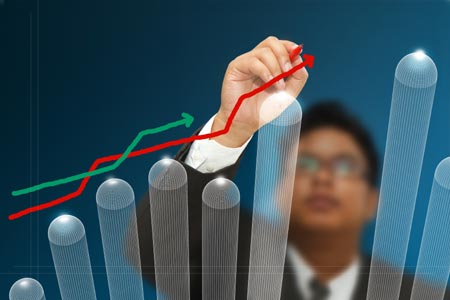 National Day Golden Week will see workers across China down tools for a week of celebration. On 1 October, National Day celebrates the founding of the People’s Republic of China, followed by seven days of holiday that many spend travelling, feasting and enjoying time with family members.

China celebrates two Golden Weeks every year, with Chinese Lunar New Year Golden Week having taken place from 9-13 February 2016. With a focus on all things gold, Sun Yu, Dealing Room Manager at pioneering forex and CFD broker easyMarkets , has been considering the journey that gold prices have been on between that last Golden Week and this one. He explains,

“It has been a rollercoaster year for gold prices. Since the last Golden Week holiday February 9-13, the yellow metal has entered into bull market territory and set fresh multi-year highs. But the rally has been anything but steady. As we approach the second Golden Week holiday of the year, gold prices are on a downward spiral amid confusion about US monetary policy.”

Gold futures surged during the February Golden Week, adding 3.3% to $1,239.40 a troy ounce. By 16 September, the futures price was up another 5.7% to $1,310.20. Several key developments occurred in between, not the least of which was Britain’s shocking decision to leave the European Union (EU) on 23 June 2016. The vote triggered the biggest stock market selloff in history, wiping out more than $3 trillion from the global exchanges in just two days. Investors quickly entered into risk-off mode, sending gold prices to 27-month highs. Prices would continue higher over the next several weeks, reaching a new high of $1,372.60 on 2 August. That was the highest settlement since March 2014.

Gold prices are now down nearly 5% from their August highs, but expectations are high that they will ascent to new heights quite quickly, perhaps even reaching $1,400 over the short term. Much of this will depend on US monetary policy. It’s a coin toss whether the Federal Reserve will raise interest rates this year, according to the Fed Fund futures prices.

The Fed is widely expected to continue hiking interest rates over the medium term, despite the vast majority of other major central banks working to ease monetary policy. Higher interest rates might be a boon to the US dollar, but at the expense of greenback-denominated commodities such as gold. easyMarkets’ Sun Yu continues,

“Gold is one commodity to watch carefully as National Day Golden Week approaches. We’ve seen a price increase of 25.22% since January and there’s certainly scope for further rises, but sensitivities to the activities – including the predicted activities – of the Fed will remain influential in the short-term.”

Student finances exposed: How do they really spend their money?