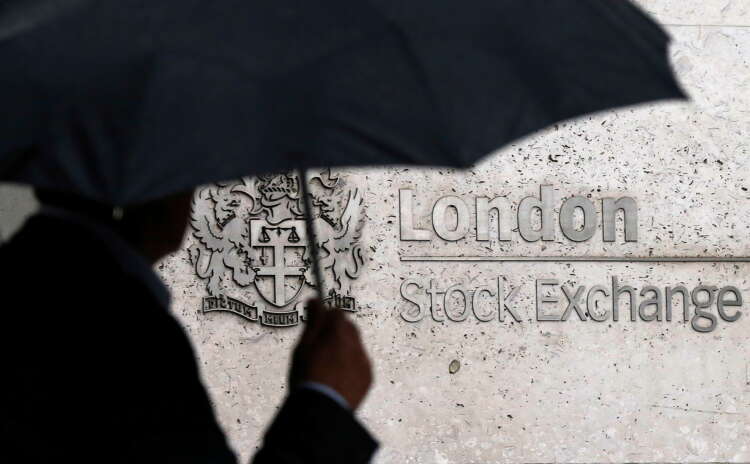 (Reuters) – London’s FTSE 100 ended lower on Wednesday as a stronger pound weighed on multinationals that earn most of their profits overseas, while a surge in inflation coupled with rising coronavirus cases raised worries of a slower economic reopening.

The blue-chip FTSE 100 index ended 0.5% lower, with real estate stocks falling the most. Heavyweights Unilever, GlaxoSmithKline and Diageo – whose overseas earnings are eroded by a stronger pound – were also among the top drags as sterling rose after inflation jumped to its highest in almost three years.

The domestically focussed mid-cap index fell 0.8%, with travel stocks down 1.2% over concerns on the effects of a jump in COVID-19 cases.

“While market narratives have swung from hyperinflation and running the economy hot to a growth scare within just a month, the right position to take is somewhere in between,” said Oliver Brennan, a strategist at TS Lombard.

British house price inflation gathered more speed in May when prices rose by 10% from the same month in 2020, accelerating from April’s 9.6% annual gain, official data showed.

Shares of homebuilders were up 1.2%, the highest among other sectors.

The blue-chip FTSE 100 has gained nearly 10% so far this year, supported by cheap interest rates, but its pace of growth has slowed since June to trade range-bound near the 7,100 level as higher COVID-19 cases and inflation weighed on investor mood.

Among stocks, AstraZeneca lost 1% and was the second biggest drag on the FTSE 100. Britain’s competition regulator cleared its $39 billion buyout of U.S.-based Alexion.

Barratt Developments gained 2% after it forecast 2021 profit to be marginally above the top end of market expectations.

Snack food firm SSP Group tumbled 4.3% on its chief executive officer’s plans to step down from his role at the end of 2021 to join a private equity-backed business.