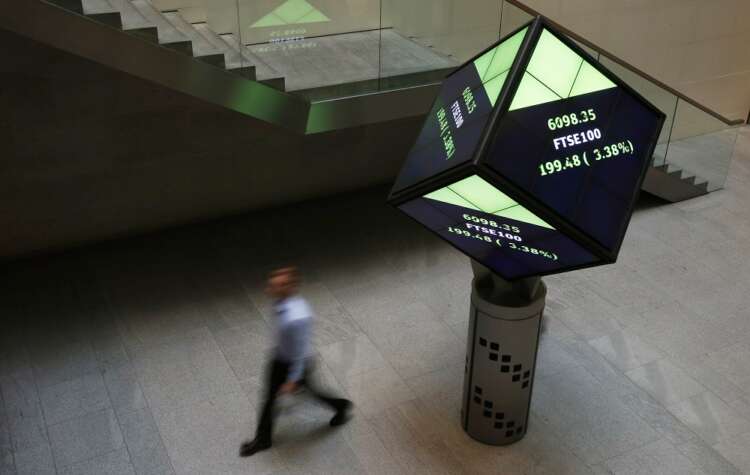 (Reuters) – UK’s FTSE 100 rebounded on Friday as a move by China to support its economy lifted sentiment at the end of a rocky week for markets, while e-commerce firm THG soared after rejecting a takeover proposal.

The blue-chip FTSE 100 index and the domestically focussed FTSE 250 index both added 1.4%, erasing nearly all of their weekly declines.

Oil and gas and banking stocks were the top boosts to the FTSE 100 after China cut a key lending benchmark by a sharper-than-expected 15 basis points to aid a slowing economy.

“The unexpected upturn in retail sales could be viewed as a positive sign that the consumer isn’t as bruised as other data suggests,” AJ Bell financial analyst Danni Hewson said in a note.

“But digging into April’s figures, the big uptick in food and drink spend in supermarkets might indicate that people are choosing their kitchen tables over pubs and restaurants as they look to save money.”

The domestically focussed midcap index has declined nearly 15% this year on fears that surging inflation could tip the economy into recession. The commodity-heavy FTSE 100 has fared better with a small rise so far in 2022, thanks to surging oil and metal prices.

The Bank of England will need to raise interest rates further to combat the risk of self-perpetuating price rises, its chief economist said in a speech.

Among other stocks, M&C Saatchi jumped 34.5% after its independent directors agreed a deal to sell the advertising company to consultancy Next Fifteen Communications, saying it offered a superior outcome to a bid from its biggest shareholder.

(Reporting by Sruthi Shankar in Bengaluru; Editing by Sherry Jacob-Phillips and Aditya Soni)