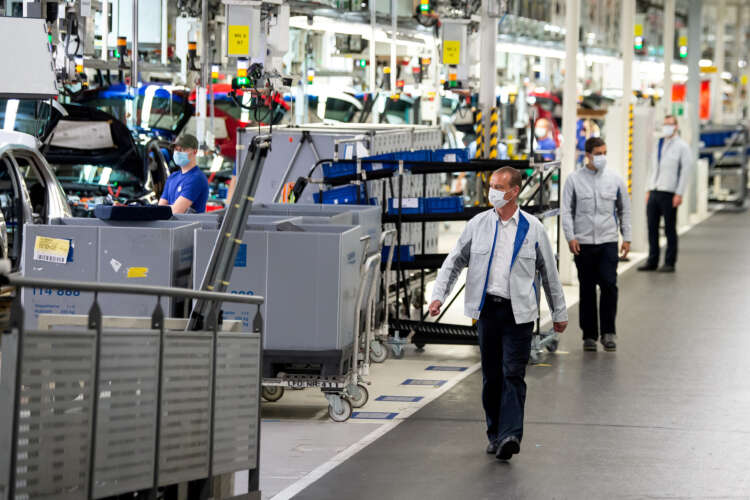 BERLIN (Reuters) – German industrial orders dropped more than expected in August, dragged down by a fall in orders from the euro zone, where companies are battling with energy and inflation crises, data showed on Thursday.

New orders in manufacturing fell by 2.4% month on month on a seasonally and calendar adjusted basis, the federal statistics office said. Analysts had predicted a less severe 0.7% drop, according to a Reuters poll.

Domestic industrial orders fell by 3.4% and those from the euro zone by 3.8%, according to the data.

There was some good news as the office significantly revised up its reading for July, from a previously reported decline of 1.1% to 1.9% growth.

And disregarding volatile large-scale orders, manufacturing orders posted a 0.8% increase in August on the previous month.