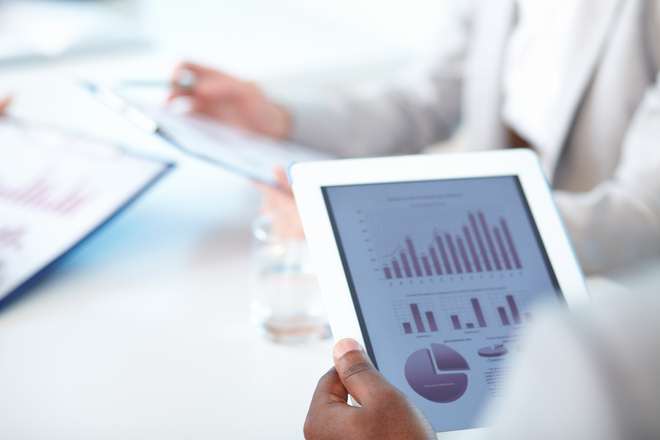 This release is a summary of Glaston Corporation’s Interim Report for January-March 2018. The complete report is attached to this release as a pdf-file. The release is also available on the company’s website at the address www.glaston.net.

On 26 March 2018, Glaston published data restated in accordance with revenue recognition standard IFRS 15. Glaston will apply the new revenue recognition standard fully retrospectively from 1 January 2018, and therefore the interim report 1 January – 31 March 2018 is reported in accordance with the new standard for 2018 actual data and 2017 comparison data.

PRESIDENT & CEO ARTO METSÄNEN:
“Glaston made an upbeat start to the year. The first-quarter orders grew by 23% to EUR 26.5 million, which is a good level for the generally quiet beginning of the year. There was a lot of activity in the EMEA area and strong development was seen in the Asia region. North America orders fell short of last year’s level.

Net sales totalled EUR 24.8 million, down by 7% compared with the corresponding period of the previous year. Last year’s sale of the pre-processing business as well as the weakness of the US dollar contributed to the decline in net sales. The comparable operating profit was at the previous year’s level, EUR 1.0 million.

In line with our strategy, we continued to invest in product development, particularly in the digitalisation of our products and services, as well as in emerging glass technologies. In the early part of the year, progress was made in digital maintenance services, particularly in the area of proactive maintenance. In the Emerging Technologies unit, the Heliotrope nanotechnology project advanced according to plan. A prototype line was approved in March and progress made on the testing of an electrolyte material. If the final stages of the project are implemented according to plan, the first pilot line may be ordered this year.

Smart glass has enormous potential and the smart glass market is expected to grow significantly in the next few years. As our industry’s technology leader, we are actively involved with our Emerging Technologies unit in developing new glass technologies and their practical application. In addition to the Heliotrope project, the unit has nearly ten pending projects, related to the automotive, solar energy and aviation industries. Building the Emerging Technologies unit’s business will play a particularly significant role in Glaston’s growth and increasing shareholder value over the next 3–5 years.”

OPERATING ENVIRONMENT
The glass processing market was fairly lively in the first quarter, and the Machines market, in particular, made an upbeat start to the year. In the EMEA area, market activity continued on a high level. In North America, the market levelled off, and in South America the market continued to be quiet. In the Asia market area, development was very positive in the Pacific region.

MACHINES
The Machines business’ year began on an upbeat note, and the EMEA area and Asian markets, in particular, were active. The strongest development was in the EMEA area, where orders received for tempering lines nearly doubled compared with the corresponding period of the previous year. Development was strongest in Central Europe. The pick-up in the Russian market continued.

In the Asia market area, customers’ activity continued at a good level, particularly in the Pacific region. After a few years’ break, a tempering machine deal was closed for Japan. In China, the cautiously positive development continued, and the activity of large glass processors increased. In North America, demand is good, but the number of orders was tested by a temporary faltering of demand in the first quarter. In South America, the market remained subdued.

Emerging Technologies
In the first quarter of the year, the unit’s activities centred on testing the Heliotrope line and running larger glass sizes. In addition, progress was made in material development via a new electrolyte composition, and the new material performed well in the required tests. One of the product’s most significant competitive advantages over products already on the market is its significantly lower price. As development work advances, production costs are still consistent with their original level. During the coming months, the development of the line will progress to the final testing stage.

In addition to the Heliotrope project, Glaston engaged in negotiations on new projects for the automotive, solar energy and aviation industries. As well as production lines, negotiations on more extensive factory engineering services also took place.

SERVICES
Following a lively fourth quarter, the Services market made a calm start to the year. In the EMEA area and North America, demand for upgrade products was on a good level. A number of tempering line modernisation products were sold to the USA, and a control system upgrade package was sold to Canada. In the EMEA area, a capacity-increasing modernisation product was sold to Italy. Control system upgrade products were sold to Germany and Algeria, among other countries. In the South American market, a cautious pick-up in demand was perceptible, and a laminating line modernisation product was sold to Paraguay. Demand for maintenance services was on a good level.

OUTLOOK UNCHANGED
Activity in the glass processing market was good from the beginning of 2018. The development of Glaston’s order intake took a turn for the better as the end of the quarter approached, and the positive market development is expected to continue. The strong growth expectations for the world economy support this view. Customers continue to take time over their investment decisions, which may cause delays in orders and fluctuations in quarterly order intake.