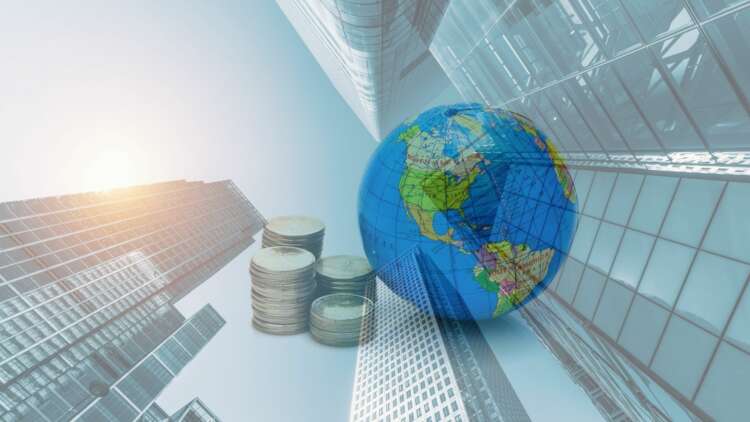 While the 2020 pandemic has certainly overshadowed mainstream discussion of many of the other crises that humanity is facing in the 21st century, make no mistake, none of these threats have gone away. In fact, many have been exacerbated by SARS-CoV-2. Addressing these issues requires collaboration and ideas from many sectors of society including, importantly, the finance industry. With that in mind, below is a list of some of the most pressing concerns that need the attention of global banks and investors.

Banks have a large role to play in climate change-related investment and financing, which includes undertaking the credit risk management, and the development, marketing and sale of new climate hedging products. Many banks are waking up to the threats of climate change and are doing things like incorporating sustainability pledges into their corporate social responsibility and ethics statements as well as divesting from carbon-intensive industries and fossil fuel companies.

By 2050 the global population is expected to reach 9.1 billion people, which will require upping the total worldwide food production by around 70 percent from 2005 levels. Future agriculture will require sophisticated robotics, moisture and temperature sensors, aerial imaging, and GPS technology, in addition to more robust, varied and nutritious gene-edited crops. The world already has ample examples, current and historic, of what food shortages, pressures and disagreements can do to countries and entire regions.

The finance industry plays a vital role in the capitalizing and building up of agricultural businesses and increasing the productivity of land and scarce resources. Banks and other institutions, both private and organizations like the IMF and WB, give out crop loans, heavy machinery loans, and loans to support developing land productivity.

By 2050, water shortages could affect around 5 billion people worldwide. There are and already have been numerous conflicts and alterations that are both directly and indirectly about the control over freshwater resources. The vast majority of all freshwater used around by humanity globally goes to agriculture, with the lowest amount going to households.

One of the major initiatives that the world will have to undertake moving forward, and especially in already water-stressed countries, is the building and maintenance of desalination plants. Desalination is often touted as as close to a panacea for the world’s fresh water woes as exists, but investment is lacking. The finance industry should seize this opportunity and help developing countries without the expertise or capital to build out their desalination capacity so that water-stressed regions in the Middle East, Latin America, Africa and Asia are assured the main necessity of life well into the future.

It might seem counterintuitive to many people, but the finance sector is poised to do a lot of good in the global fight against deforestation and all of the consequent ills. Finance companies contribute to deforestation if they invest in, directly or indirectly, companies that are responsible for deforestation, which means these companies, therefore, have the ability to exert pressure on companies. They can do this by refusing to invest in or fund operations unless their operations comply with international standards surrounding things like the replanting of trees, environmental assessments in the areas they operate, working with indigenous groups and only sourcing sustainably harvested timber.

Around 70 to 90 percent of coral reefs worldwide are expected to disappear over the next two decades. Pollution, rising surface-level temperatures in the ocean, and acidification are killing the world’s largest organisms, destroying the habitats they provide for a staggering array of animals, and threatening commercial fisheries, livelihoods, and primary protein sources for hundreds of millions of people. The finance industry can contribute by helping to finance the organizations that are trying to save the world’s coral reefs, providing pollution credits and, perhaps above all else, reconceptualizing the fight to save the world’s reefs as a financial and economic objective.

Much like with the world’s forests, the finance industry can also commit to refusing to support or fund companies that contribute to the destruction of these places. Three of the biggest investment banks in the U.S., for instance, have refused to invest in an Australian coal project that has the potential to further devastate the already severely deracinated Great Barrier Reef.

Far from the sworn enemy of the natural world and the people, the finance industry is in a position to do perhaps more than any other industry or entity, public or private, when it comes to making the world a better place. From helping to alleviate food and fresh water pressure to protecting the world’s forests and oceans, finance must take up the cause of sustainability and making this planet habitable and enjoyable for future generations.

Financiers are leading the fight for a greener future

Retirement Planning in the “New Normal” Embraces Many Approaches