GOLD, LONDON REAL ESTATE AND THE THERESA MAY EFFECT 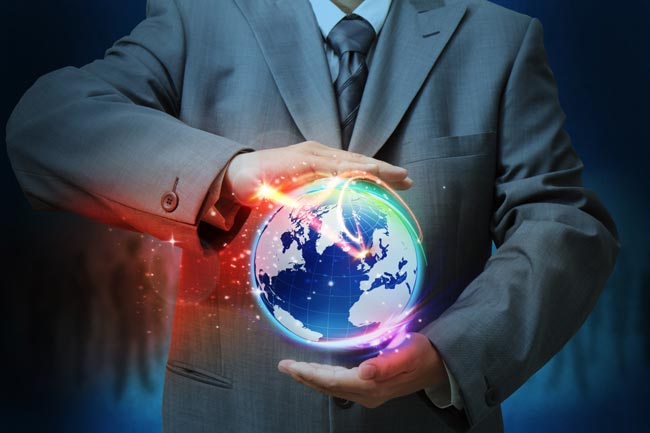 Britain’s decision to quit the European Union will have lasting repercussions on the global financial markets, not the least of which domestic real estate. Whereas the so-called Brexit has been a boon to precious metals such as gold and silver, its impact on UK real estate prices is far less certain. As of Monday this week, with the announcement of Theresa May to succeed David Cameron as Prime Minister, the pound peaked to $1.30, the FTSE 100 hit an 11th month high and stock markets rallied worldwide.

The growing appeal for precious metals after the UK referendum is easy to understand. Amid heightened uncertainty, investors park their funds in so-called safe haven assets. When global stock markets sold off in the two days following Brexit, precious metals spiked. And while equities have since rebounded, demand for gold remains at multi-year highs.

Gold futures were up again on Monday, spiking above $1,370 a troy ounce to reach their highest level since March 2014. The yellow metal has now gained over $100 or 8.5% since the June 23 plebiscite.The rally in silver prices has been even more dramatic. Since June 23, the grey metal has gained a staggering 18%.

The UK’s Home Secretary, Theresa May, stepping up to take over as Prime Minister dampened uncertainty in the markets, which slowed gold down. However, what is likely to affect it most is not who is leading the country but the UK’s exit from the EU. Though May was in the Remain camp, in her own words: “Brexit means Brexit and we’re going to make a success of it”[1] and those are warming words for gold bugs.

The dramatic rise in precious metals over the past two weeks is also attributed to expectations for continued low rate stimulus by the Federal Reserve. Britain exiting the 28-member EU all but guarantees the Fed will raise interest rates anytime soon. It also means the Bank of England (BOE) is likely to ease monetary policy in the short term.

The relationship between Brexit and London real estate is a little more complicated. Contrary to expectations, London real estate sales spiked 38% in the week after Brexit. At the surface this seems like Brexit may have been a good thing for London house prices. A closer look, however, reveals a much different picture.

Huge sales of prime real estate reflect a combination of foreign bargain hunters capitalizing on the pitiful performance of the British pound and on sellers lowering their prices both before and after the referendum.[2] These sellers have clearly listened to the consensus of economists and politicians, who have long stated that Brexit would lead to a slowdown in housing sales and prices.[3] UK Chancellor George Osborne has warned that house prices could fall as much as 18% by 2018 should Vote Leave win on June 23.[4]

Mr. Osborne’s assessment may not be far off. More than half a dozen investment firms have temporarily suspended the trading of property funds in order to avoid a massive fire-sale that could undermine the entire market.[5] To-date more than £15 billion-worth of UK real estate funds have been frozen.[6] This means investors wishing to liquidate their positions (and many of them are wishing to do so) will have to wait a while longer.

Like many other aspects of the British economy, house prices are expected to remain under pressure until the market gets more clarity about the nature of Britain’s future trade relationship with the EU.

But clarity is unlikely to come anytime soon. It’s anyone’s guess when lawmakers will invoke Article 50 of the EU Treaty that formally begins the devolution process. If and when Article 50 is invoked, Britain and the EU will have two years to strike a new trade deal.

While real estate and gold are both tangible investments that can be used to hedge against inflation, they don’t usually move together in real terms. The gold/housing ratio provides a snapshot of the relative value between gold and real estate. As it currently stands, the average UK house price is around £200,000.[7] The average gold price is $1,355 (approximately £1,042). This gives us a gold/housing ratio of around 192, which is still above the long-term average.[8]

For London, however, the ratio is much higher. The average home price in London surpassed £600,000 earlier this year,[9] giving us a staggering gold/housing ratio of around 575. While this doesn’t necessarily mean that London’s housing market is in a bubble, it strongly suggests that prices are at a historically high level relative to other tangible investments.

If history is any indication, gold prices are set to rise as investors look to buy an inflation hedge for cheap. Buying gold “cheap” makes it more likely to outperform real estate in the long term on an asset price basis. Fears about Brexit are expected to drive more investors away from London’s real estate market. Only time will tell whether gold capitalizes adjustment.

While property and gold are still seen as valuable “hard” assets during periods of instability, economic and political instability may hurt UK house prices in the medium-term. On the flip side, gold has entered into a bull market and is unlikely to let up anytime soon without a major shift in the macroeconomic outlook. This means Fed policy and the future UK-EU trade deal.

[1]Ashley Cowburn (July 11, 2016). “Teresa May says ‘Brexit means Brexit’ and there will be no attempt to remain inside EU.” The Independent.

[3]Isabelle Fraser (June 20, 2016). “What does Brexit mean for house prices? If we leave will it solve the housing crisis?” Telegraph.

[4]Isabelle Fraser (June 20, 2016). “What does Brexit mean for house prices? If we leave will it solve the housing crisis?” Telegraph.