GOODBYE TO ALL VAT? EU INDIRECT TAX AFTER BREXIT 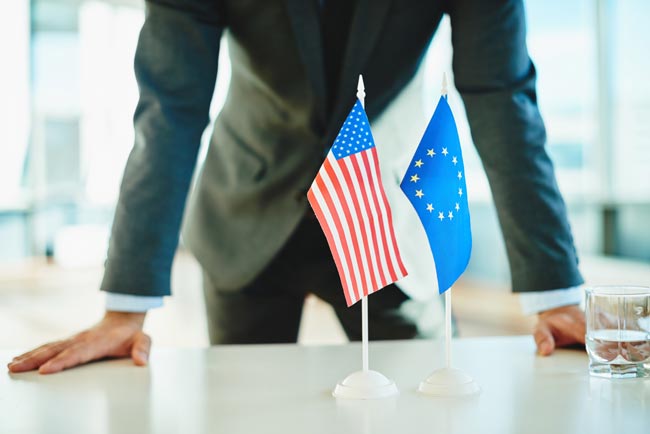 A year or so ago, I asked DonatoRaponi, EU VAT Commissioner, what would happen to EU VAT if the UK voted to leave the union. The question provoked derisory hilarity from my fellow conference attendees (though not from the Commissioner). To adapt the ever gracious Nigel Farage’s words to the European Parliament on Tuesday: ‘they’re not laughing now’.

And neither are most internationally focused UK businesses, suddenly catapulted into a world of doubt and unpredictable change. My colleagues and I have already held a webinar on the VAT implications of Brexit: many tax managers are shocked and fearful. Their concerns are understandable, but the first thing to say is: don’t panic.

Negotiations between the EU and the UK about the logistics of Brexit will only begin when (or perhaps if, given the ferocity of current political controversy) the then Prime Minister invokes article 50 of the Treaty on European Union. Following this trigger, there is a two-year negotiation period: only after that would the UK’s membership of the EU cease and new arrangements be implemented. Experienced civil servants (including former Cabinet Secretary Gus O’Donnell) believe the renegotiation period is more likely to take seven to ten years – and having watched over the last decade the EU, European Commission and member states make wildly flailing (and largely failing) attempts to reform VAT (a comparatively simple matter), I don’t think he is exaggerating. If the EU stays true to form, Project Fear is about to become Project Boredom.

Nevertheless – given how unpredictable the European scene has become – UK businesses ought to be prepared for a brisker timetable of VAT change. Indeed, one proposal that has been floated is that a newly liberated UK could do away with VAT altogether. This, however, is vanishingly unlikely: firstly because of the sheer revenue generated for HMRC by VAT (£100 Billion last year); secondly, because a VAT system will be a prerequisite for UK access to the European single market – which politicians of nearly all hues have suddenly decided is rather a good idea. The UK’s VAT system will need to continue to fundamentally mirror the EU system (which will not change) in order to avoid zero or double taxation; indeed, for UK firms doing anything in Europe more involved than relatively simple exports, all current VAT complexity would remain, but with the added confusing factor of non-EU (UK) involvement. Very helpful simplifications around VAT triangulation, for example, could disappear; fiscal representation may become necessary.

The biggest single VAT related impact will probably be on ‘distance sellers’: companies selling directly to consumers in other member states. With the UK no longer being a member state, UK businesses would no longer be able to distance sell, and would instead have to face an alarming and expensive new world of export regulation. For retailers with customers used to next day delivery, the sluggishness of export would be a serious problem; and it is anticipated that many UK distance sellers will elect to set up warehouses within the EU in order to continue to benefit from the current rules.

More fundamental is the issue is of the UK’s influence on future EU tax policy. It was a shock to hear Jonathan Heath, Head of HMRC’s VAT Central Liaison Office (the section that works with other member states), say last month that he expected the UK to cease to participate in European VAT discussions immediately should the UK vote to leave the EU: influence on future reform would be gone.

Heath was responding to questions after a session he took at the International VAT Association’s recent conference in Vienna. Much of the session (and the conference) was given over to analysis of the European Commission’s recent EU VAT Action Plan.

The new plan (subtitled ‘Time to Decide’) is effectively a challenge from the Commission to Member States: are you serious about wanting a consistent VAT system for the single market? Its two major structural proposals are for developments out of the one-stop-shop for electronic services that was introduced in January 2015. Firstly, a one stop shop framework for e-commerce distance sales; and then, beyond that (at an unspecified future point) the creation of a genuine ‘single VAT area’ through the extension of the one stop shop to cover B2B transactions relating to goods.

UK businesses will need to hope that the new framework, into which they will almost inevitably get sucked, is constructed with at least some reference to their needs. But, for good or ill, their corner will not be being fought by Mr Heath and his colleagues.

PAR – THE GOOD, THE BAD AND THE UGLY

BREXIT: WHY INVESTORS MUST NOW ‘THINK GLOBAL’ TO MAXIMISE AND PROTECT WEALTH