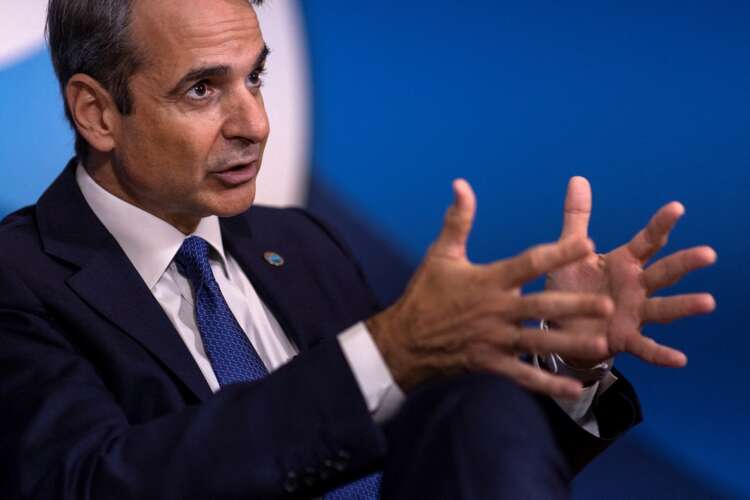 “Greece will not wait for Europe’s solution, which is taking too long. The hardship of households and businesses cannot wait any longer,” Mitsotakis said in a televised address.

Like many other countries, Greece has been in the grip of rising gas, electricity, fuel and food prices since last year, exacerbated after Russia’s Feb. 24 invasion of Ukraine.

The government’s support programme will be four-pronged and will refund up to 60% of all the surcharges electricity consumers have paid from December until May, Mitsotakis said.

This refund will be limited to 600 euros and will cover all consumers with annual incomes of up to 45,000 euros for electricity consumed in their primary homes.

Electricity producers will be asked to pay a “solidarity dividend” to society, meaning their windfall income will be taxed at 90%.

“Effective from July, the government will introduce a new system which disconnects the international price increases in natural gas from electricity bills,” Mitsotakis said, referring to the measures as an indirect cap to stabilise consumer bills.

The scheme will last for up to one year.

The conservative government has come under increasing pressure from the political opposition to relieve the pain on consumers, especially the most vulnerable.

With gas having a large share in the country’s power generation mix, Athens has been subsidising power and gas bills and has also offered a one-off grant to vulnerable groups at a total cost of 4 billion euros ($4.22 billion) since September.

Power costs have showed no signs of abating with consumers blaming a surcharge, applied by power suppliers and activated once the average monthly wholesale power price exceeds a specific limit, for ballooning power bills in recent months.

A Greek consumers union filed a class action lawsuit against a power supplier, demanding that it scraps the surcharge and returns the additional costs to its clients.

(Reporting by George Georgiopoulos and Lefteris PapadimasEditing by Alistair Bell)