Home Prices Are Setting Records While Mortgage Rates Plunge – Is It Time To Refinance? 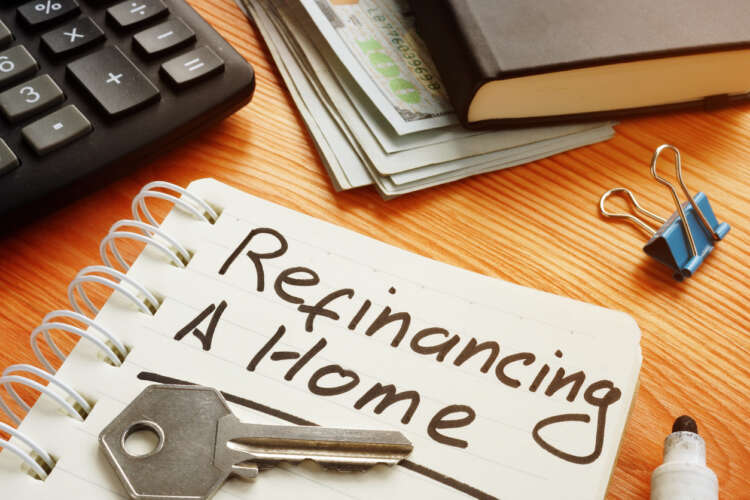 2022 was supposed to be the year that the property market returned to normal. After more than eighteen months of home prices rapidly rising, experts expected a plateau. After all, the Fed was raising interest rates to counter high inflation, making the prospect of spending big on a home much less alluring. But 2022 has not gone according to anyone’s plans.

Vladimir Putin’s invasion of Ukraine has thrown everything into doubt, including our very existence as a species (although fears of nuclear war are almost certainly overblown). The property market in the US has not emerged unscathed, even if it seems to have little to do with Eastern Europe.

Instead of plateauing, housing prices are shooting up again. Instead of increasing, mortgage rates are dropping again, although they are yet to reach the lows of 2021. Why is this happening and what does it mean for the future of US property? Should you take advantage of today’s low rates to know better plan better?

Here is what you need to know.a

Why are home prices setting records?

To understand why home prices are setting records in 2022, we have to go back a couple of years. It has been two years since lockdowns in the US began, and at the time it seemed like every market would suffer. The property market looked set for a crisis, with home prices dropping.

However, a number of factors turned this around. Firstly, the Federal Reserve lowered interest rates to historic lows in order to stimulate economic growth. This led to a surge in demand for affordable mortgages.

At the same time, lockdowns slowed construction to a halt, and subsequent supply chain issues delayed its return to normalcy. Few people were selling their homes, and supply was therefore extremely constrained.

The rise in demand was limited by the fact that many people were still recovering from lost jobs and businesses, but supply was low enough to mean that there wasn’t enough property to go around. This led to the consistently rocketing prices.

That brings us to 2022. With the world getting back to normal, supply was increasing. The Fed had raised interest rates, leading to a drop in demand. Russia’s invasion of Ukraine impacted the latter, as we will go into next, and this led to increased demand. But that is not the only reason prices are going up again.

Rather, bans of Russian energy imports have raised the gas price to historic highs, which is in turn making all consumer goods more expensive. Construction is set to become more expensive than it has ever been, which raises the value of both already-existing homes and homes yet to be built.

Furthermore, individuals are feeling the crunch. People selling their homes need more money in their pockets, especially if they want to buy elsewhere. Agents require more from their commissions. In other words, housing prices are going up because the price of everything is going up.

Let’s take a look at why mortgage rates are dropping.

Why are mortgage rates dropping again?

At the end of 2021, inflation was setting record highs. This was unsustainable, with the average American struggling just to make ends meet. One of the actions taken to counter rising inflation was an increase in interest rates. This was supposed to happen gradually over 2022.

Mortgage rates have consequently come down. Does this make it a good time to refinance your own mortgage?

Should you refinance your mortgage?

It is not as good a time to refinance your mortgage as it was a few months ago. The reality is that while mortgage rates have dropped since the start of Putin’s invasion of Ukraine, they are still significantly higher than they were at the start of the year.

However, waiting for them to drop to those same lows is probably futile. The likelihood is that this drop is not going to last all that long. Interest rates need to rise, regardless of what happens in Ukraine, and the Fed is not going to hold off for too much longer.

Now is as good a time as any to refinance your mortgage. You can benefit from mortgage rates that, while not as low as in 2021, are lower than they are likely to be for the foreseeable future.

Female Founders Still Struggle to Get Funded: Time To Rip Up The Old Rulebook