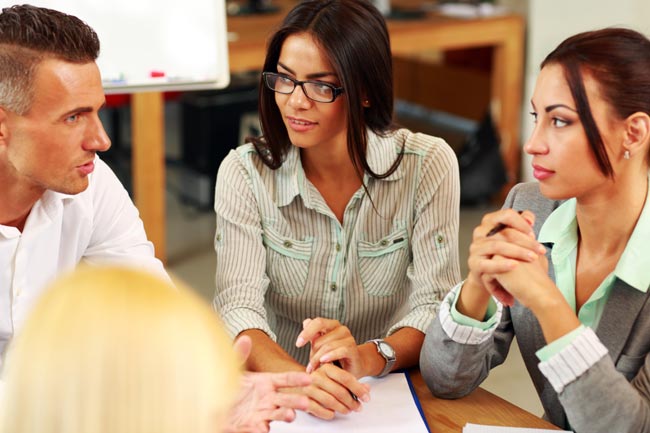 Preconceived notions of mass production are being redefined by additive manufacturing, the process perhaps better known as 3D printing. At the forefront of the so-called ‘Fourth Industrial Revolution’, the development of the technology has seen elements of modern housing, cars, aeroplanes, food, and even – perhaps ironically – parts of HP’s new 3D printer being 3D printed.

Despite being perceived as a consumer-centric technology for many years, business leaders are now increasingly aware of the opportunities presented by 3D printing. Advanced manufacturing processes such as stereolithography, direct metal laser sintering, and selective laser sintering, offer companies across multiple industries the chance to gain competitive advantages and a bigger piece of the market.

But rather than being a replacement for existing large manufacturing routines, the application of 3D printing can be considered appropriate for a number of more intricate processes. Some hearing aid manufacturers, for example,have employed the technology to construct custom-designed hearing aids to the exact geometric specification of an individual patient’s ear.

At its most basic, 3D printing technology will enable rapid design cycles which can both reduce time and improve designs within a given time frame. And optimising a product’s design through the use of a preliminary 3D printed model can reduce overall costs, which can certainly be beneficial when a business does not intend to use 3D printing for the end process itself.

3D printing has really taken off in the aerospace and airline industries. So much so, in fact, that the UK government recently pledged £100 million to boost technological innovation within the aerospace sector, an investment partly encouraged by the strong potential of 3D printing.

A key part of the technology’s appeal is its potential to limit spending on expensive resources. Boeing-Lockheed Martin, for example,launched a joint venture alongside United Launch Alliance, which collectively reported a saving of $1 million in a year. Several other aircraft manufacturers have since followed suit, replacing traditional fixtures with 3D-printed plastic parts.

Airline manufacturers are constantly seeking new and innovative technologies which they can implement to reduce weight and emissions, as well as to increase cargo capacity. An increased focus on 3D printing, which allows the testing of smaller and lighter components, will enable aerospace companies not only to perform better, but also to reduce emissions and give back to the environment. Recently, for example, Boeing confirmed that it would use 3D printed thermoplastics for composite aircraft parts and fittings for cabin interiors, which would drastically reduce both the weight of an aircraft as well as its production costs.

Elsewhere, the automotive sector is being transformed by practices such as ‘light-weighting’. Meeting compliance rules and regulations revolving around EU environmental protocols is becoming a greater issue in car manufacturing, and reducing the weight of various automotive components will set companies on the right path to hitting these targets. Rear view mirrors are now being produced with a form of lightweight magnesium frame and a plastic shell, for example, whereas these parts were once heavy enough to hammer a nail into a piece of wood. Indeed, 3D printing is so beneficial to automotive companies that the industry is expected to invest $2.3 billion in the technology by 2021.

In the UK, the government has made plans to support the advanced manufacturing industry in an effort to develop the technology and, therefore, the scope and range for the possibilities of its use. For example, the Department for Business, Innovation & Skills has launched a competition in which UK manufacturing businesses can apply for a share of £15 million in funding, an initiative certain to raise the profile of the UK manufacturing industry, especially given the current economic climate.

Finally, it’s worth considering that, at the same time as the technology employed by manufacturers is developing, so too are the expectations of their customers.

As their customers become more accustomed to instant services and transactions, organisations must begin investing in specialised core services that will enable them to operate in a more streamlined and efficient way.

3D printing offers the versatility and opportunity needed to deliver cost savings to an industry increasingly focussed on delivering more effective products and services, in a faster and more efficient way.

The ‘Fourth Industrial Revolution’ is right on our doorstep. It’s time to embrace it.

The importance of global collaboration in the EdTech sector

Digitalisation: why using the opportunity of Fintechs can create an innovative digital client experience