How can we ensure that Africa’s energy transition aligns with its development ambitions? 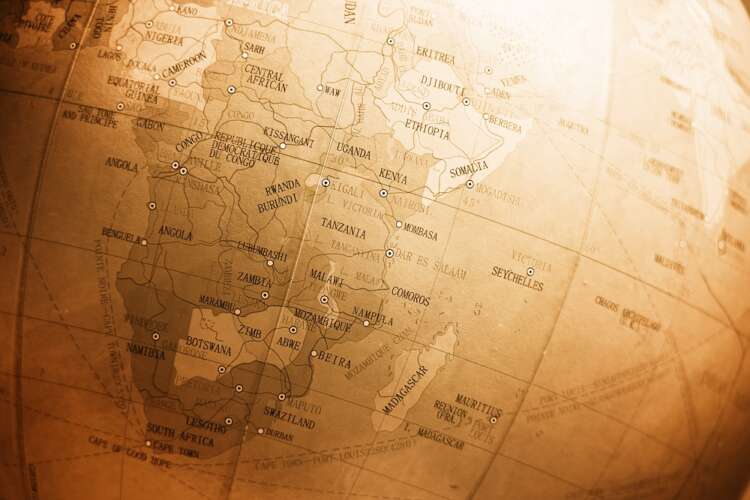 With renewable energy cheaper and faster to bring to market than ever before, there is an understandable global push for countries to make the transition away from fossil fuels. That’s as true for Africa as it is for the rest of the world, even though the continent’s total emissions are lower than the top 40 listed companies in Europe. Perhaps the strongest signal for the shift in emphasis to renewable energy came recently, with news that South Africa will receive US$8.5-billion from the US, EU, and UK to speed up its shift away from coal.

For years, the biggest counter to this push to renewable power is that it could handicap the growth ambitions of African countries, something the continent can ill afford as it looks to bounce back from the economic ructions that COVID-19 brought about.

But rather than being an obstacle to development, could Africa use the energy transition to push for new forms of development and leapfrog more developed countries in much the same way it did with mobile phones?

Before looking at how that might work, it’s worth digging a little deeper into the dilemma Africa faces. At present, it accounts for less than three percent of global CO2 emissions. If you subtract South Africa and its heavy polluters (most notably Eskom), that number drops to around one percent. At the same time, the continent has long struggled when it comes to providing people with access to electricity. In fact, the 20 countries globally with the lowest levels of electricity access are all located in Sub-Saharan Africa. With the continent’s population set to double by 2050, that’s simply unsustainable.

Yet it will also face greater challenges when it comes to climate change than almost anywhere else on the planet.

Balancing the need for growth and development with the climate reality is challenging. As Sumaila Zubaira, president of the African Finance Corporation (AFC), pointed out at the recent Nordic-African Business Summit (where SPEAR Capital was a regional partner), “We live with climate change every day. We have the lowest greenhouse gas emissions per capita, yet we are the most impacted by climate change. But then we have this massive energy deficit.”

He also pointed out that not addressing this deficit means that, unless they are given alternatives, a growing number of Africans will be forced to turn to the continent’s forests for fuel, eroding one of the globe’s great carbon sinks.

“Our view is that the energy transition needs to be balanced and just and consider the fact that most African countries rely on fossil fuels for revenue and that there’s a need to continue to develop fossil fuels, especially natural gas, which is quite clean,” he added. “For us to have the baseload we need, we need to balance renewables with more traditional forms for energy.”

Backing up this line of thought was Tellef Thorleifson, CEO of Norfund, the Norwegian Investment Fund for developing countries.

As well as reiterating the emission and baseload arguments, he pointed out that there is a moral argument to be made for allowing Africa to take a more balanced approach to its energy transition.

“Norway has become incredibly rich, very much because of oil. Why shouldn’t Africa be allowed to explore its riches, when we still do it in Europe and the US?” he asked.

That need for growth and development does not, however, mean that Africa should shy away from the energy transition.

As former director of the UN Environment Programme (UNEP), Dr Erik Solheim, pointed out, “There are enormous opportunities for investing in green energy.”

As evidence of this, he pointed to US president Joe Biden’s trillion-dollar-plus push for green energy in the US, the expanded number of jobs in the green energy sector, and the announcement by Chinese president Xi Jinping that China would no longer invest in new coal projects, favouring a shift to renewables.

“Green is gold,” he added. “Africa should adopt this attitude. There’s not a cost to going green, but an enormous opportunity for jobs and to leapfrog into the new green future.”

Ultimately, however, what may level the playing field is cost. While it’s true that some forms of fossil fuel are currently still cheaper per kilowatt-hour than solar and other forms of renewable energy, costs are coming down all the time.

“I’m a technology optimist,” said Elsbeth Tronstad, a former executive at SN Power and former state secretary for Norway’s Ministry of Foreign Affairs. “Looking back at how the energy sector has developed over the past 20 years is amazing. Renewable technology is moving fast and things like battery technology will help solve the baseload problem.”

Africa undoubtedly has immense carbon-based resources, but it also has massive potential when it comes to renewable energy. If this type of energy becomes more affordable than fossil-fuel energy, not just in the long term but in the immediate sense, then it will no longer be a case of balancing the energy transition with Africa’s development needs. The transition will, in fact, fuel growth and development.

For now, however, countries in the developed world should focus their energies on dramatically reducing their carbon emissions without making demands on Africa they could not hope to keep themselves.

Why the US urgently needs media compliance auditing