How Covid-19 paved the way for risky financial experimentation 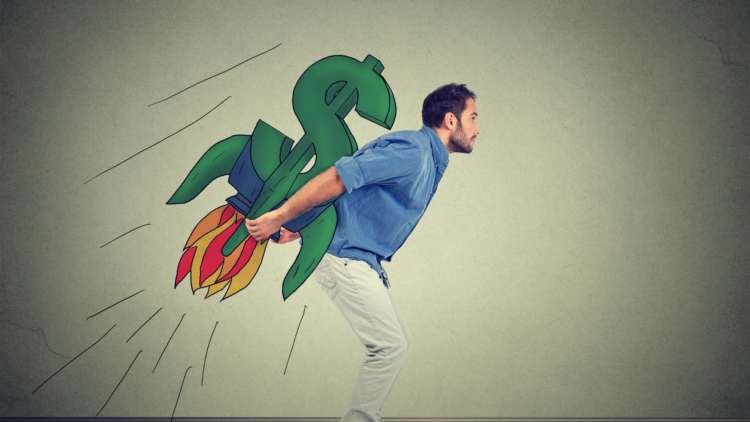 By Neil Wright, of Tommy’s Tax

All over the world, national economies are being attacked by Covid-19 and governments have implemented feverish economic reactions as a result. The main symptom of this economic disease is one of sustained and repeated lockdowns which has caused chasms to open up internationally — and which has also crippled businesses globally.

One way in which central government officials around the globe aim to establish stability is through quantitative easing. QE helped to smooth over the cracks that resulted in the 2007-08 credit crisis but it has gone into overdrive since then. For example, since the first lockdown happened in the spring of 2020, the United States had already expanded its money supply by an annualized rate of more than 100 per cent – meaning it has essentially been handing out money left and right.

No one really knows what consequences such actions will have on inflation or deflation rates but there seems to be a pretty even split amongst economists about whether this act could lead us into either scenario.

The old-school spectators will naturally be anxious to see just how much new money is washing over society and there are some who think they’ve already spotted giant inflation clouds on the horizon. And so gold and Bitcoin have already reacted accordingly.

Yet most members in our younger generation no longer subscribe to these ideas that simply printing money equals inflation. The opposite, actually. They’re likely to scoff at their predecessors and encourage QE — and then quickly kill it with taxation if inflation does come about. Depending on who you ask, this is either economic arrogance or genius. Either way, we can safely say that these new economists are not cowards.

Then there’s options trading — perhaps one of the most sophisticated markets out there — where buyers and sellers gamble on the ability to trade at some point in time for an agreed upon fee payment now. This options market also has its own value: called “implied volatility”, which traders can use as a gauge before deciding what steps they should take next. Implied volatility is essentially the gap between what a price should be and what it actually is. Measuring implied volatility is essentially an attempt to predict and measure the market’s true unknowns.

We are all by now familiar with the uncertainty that surrounds the coronavirus. The newspapers are full of anxieties around emerging variants and even the possibility of immuno-escape. But even if the coronavirus didn’t exist, our current global experimental dive into the economic wilderness is enough to darken the skies with an impenetrable fog of uncertainty that will be very difficult to navigate through without consequences.

We are entering an era of economic radical change. But to try to cast things in a positive light, that change — if the new economists ultimately prove successful — could at least end up being a way forward, a form of progress.

And at the very least, all this volatility and implied volatility is what makes the options as valuable as they are. If two things make an option worth more, it is the longer the time between now and when it expires, and how high-risk it is. As the expiry date gets closer, and if its volatility lessens, then options become less valuable. Given the current state of the global economy, with its high volatility and with expiry dates beyond even the horizon,  to some extent our options are “rich”.

Progress and opportunities in real-time

In the end, the market will make up its own mind. There’s an old saying in economics that the markets are never wrong even when they’re not what we expected. It’s only the economists who are wrong. But if the unprecedented experiments we are currently running on the global economy are to succeed in the long run, we’ll have to throw our support behind them. However, it is far from clear they will get this support.

Meanwhile, crypto coins are becoming more and more popular. Their values continue to grow as the world moves closer towards a decentralised society which is mostly unaffected by any future chaos that our current system might see in its lifetime.

So what will happen? There are always winners and losers in every situation. And there are plenty of people enjoying the market as it is now, even if it doesn’t seem like it. To navigate through the uncertainty, it might be a smart move to figure out who’s doing well and to learn from their experiences. That way, we will be better positioned to take advantage of new opportunities as they arise.

Do You Need Financial Guidance Or Financial Advice – Or Possibly Both? Find Out Here

A mindset change is needed in the financial services industry