How does a Mobile Wallet vary in different countries? 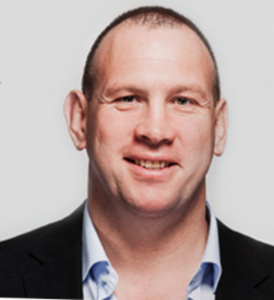 Simple and secure ways to complete transactions directly through a mobile device has become increasingly popular over the last three years globally for all users through a number of different technologies, from Mobile Wallets, to the launch of platforms like Apple Pay and Android Pay for Smartphone users.

These technologies are revolutionising payments, particularly for the millions of unbanked people living in countries across Africa, who can now use a Mobile Wallet to pay for goods and services without the need for physical cash or credit. However, due to the varying levels of technological advancement, the African market has now adopted a very different version of the Mobile Wallet to the one used in other regions.

In Africa, the development of Mobile Wallets has enabled a seamless payment process by allowing merchants to take payments directly from mobile operator provisioned wallets, where customers can deposit funds into their account and use to purchase goods.

A clear comparison to the African mobile wallet being used in other regions is apps such as Paypal and Google Wallet that allows customers to upload their credit or debit card details to their mobile to make online payments, and one-touch NFC payments from mobile software like Apple’s Apple Pay. Whilst Apple Pay and Paypal have offered consumers another way to complete purchases, it can however be very limiting; only certain merchants allow you to pay for products and services using NFC touch in-store, or Apple Pay online. It’s convenience makes it very appealing to the consumer, however unlike Mobile Wallets in Africa, the actual form of payments is essentially still just a bank card payment from a linked bank account or against a linked credit card.

The technology needed to utilise a Mobile Wallet in Africa and other regions is also very different.  For those wishing to pay via Apple Pay or Android Pay, customers will have to spend a minimum of £500 to purchase a smartphone which can support the technology. Contrastingly, the only requirement to be able to conduct payments through a mobile wallet is to own a mobile phone with the operator; even the most basic Nokia with no internet or data connection can be used to complete transactions, as the menus used a low-level service menu provided on every GSM phone. Despite the simplicity of this technology, it is highly suited to the region’s level of technological development and is both secure and hugely empowering for consumers.

There are some parts of Africa where physical bricks and mortar stores are poorly developed and mobile commerce does well to fill the gap. With current trends suggesting that mobile wallets have the potential to serve over 500 million consumers by 2020 there are plenty of opportunities for merchants to generate more sales, not to mention that processing fees are significantly lower than those of debit or credit cards.

Africa has also seen significant growth via mPesa, a mobile phone based money transfer service that now has over 30 million subscribers in territories including Kenya, Congo, Mozambique and Ghana. The growing integration between these operators and Mobile Wallet users has allowed for more seamless transfers of funds. An additional benefit to African residents carrying a Mobile Wallet is that it eliminates the worry of carrying physical cash and cards.

Technology Developments in the Region

Mobile payments are now very well established in Africa and the infrastructure provided by operators is now as important to the continent’s commerce, as Visa, Mastercard and AMEX is in the Western world. They act as a basis for innovation which mobile giants like Apple and Samsung should look to take inspiration from and accelerate their own versions of Mobile Wallets in more developed markets.

By skipping the “desktop generation” and going straight to mobile, Africa has supported its developing infrastructure by offering consumers the chance to complete transactions via carrier billing, something that regions like Europe should consider building into their payment services to appeal to a wider market and unlock more benefits.

A recent report from Ovum forecasted total carrier billing revenues will increase to $24.7bn in 2019 globally, from the $14.5bn in 2014 which offers merchants a real opportunity to offer innovative financial products and services. However, one of the biggest challenges still facing mobile money platforms is not being able to operate between countries, resulting in a limit to their appeal as a universal payment tools.

The Impact on Merchants

Mobile payments in Africa enable companies to receive and make real time payments throughout the continent, and merchants are very aware they need resilience and continuity in order to run and maintain their businesses effectively.

In other regions like Europe or the UK, the acquisition of the payments consumers make using their mobile phone is charged to the merchant at a much higher rate compared to those in Africa, which might explain why the adoption rate of this technology remains relatively slow in many Western regions. Recent research from ACI Worldwide demonstrates this, finding that just one quarter (25%) of consumers in Spain use mobile payments, as well as 17% in the US and 14% in the UK.

However is now estimated that by 2021, the global usage of mobile payments technology around the world will increase by more than a third, caused primarily by the growing preference amongst brands to offer alternative payment methods and communicate with their customers instantly through mobile platforms. What’s more, it is predicted that merchants across Europe can expect strong conversion rates of up to 70% for first time transactions and 88% for repeated digital content purchases.

Despite the clear differences in the technology being applied to Mobile Wallets in Africa and other regions, both versions present merchants with huge opportunities to offer a strong customer service and a seamless payment process. In Europe and the US, specific regulations don’t allow for MNOs to operate mobile money wallets like they do in Africa, so it’s very likely we won’t see these develop in the same way. However, with the continued acceleration of the use of Mobile Wallets across Africa, the redefinition of the financial services landscape in this region will be fully inclusive and beneficial for all.