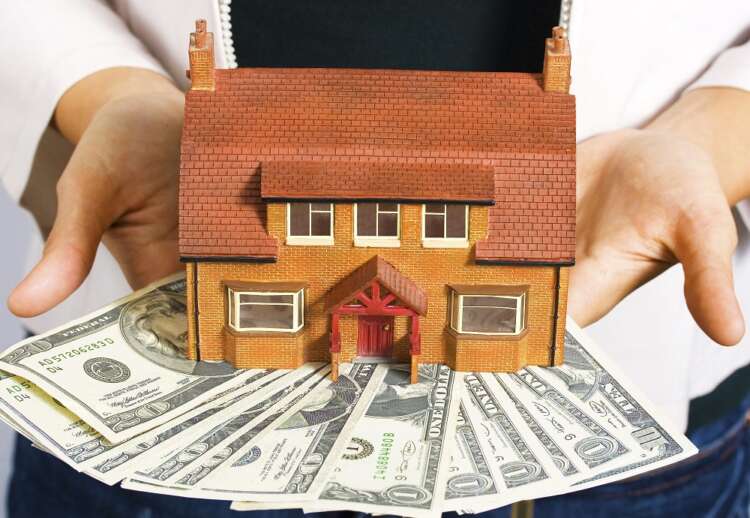 Contrary to popular belief, it is a complete myth that you need money or amazing credit in order to replace your day job with passive income from real estate. In fact, some of the best and most prominent investors in the industry have mastered the craft of successfully investing in real estate without ever using their own money or assets. That’s because they know there are four primary ways to make money: working for someone directly, working for yourself, owning a system that works for you, or having money work for you – what most people don’t know, is that it doesn’t have to be your money.

The good news is that, if you want to learn how to become successful in real estate without using your own money or credit, you’re in luck and you’re not alone. The only major caveat is, in order to do so successfully, you’re going to need to rely on a strong team (i.e., a network of agents, lenders, contractors, etc.) who know the industry, and a mentor who can help you learn how to invest in the right properties at the right time.

One such mentor is Marco Kozlowski. For nearly the past 30 years, Kozlowski has not only been able to make his own real estate business successful without using any of his own money or credit up-front, but has taught thousands of people his tactics and methods to help them become successful in doing so, as well.

Scout for investors or lending partners with access to capital

Before you can start buying real estate properties without your own money or credit, the first step is to familiarize yourself with the types of lending possibilities at your disposal and to begin networking with them. To help kickstart your search, you need to learn about equity partners.

This will allow you to find a property at an affordable price while your Equity Partner finances it using their credit and capital.

Seller financing is another strategy. They own a property they are trying to sell and if you know how to position yourself and negotiate a mutually agreeable deal, you can likely use seller financing as a tool for the benefit of all parties involved. This is because with seller financing, you are purchasing the property in question from its current owner via an agreement both parties draft and sign. This agreement, like one formally drafted by a bank or other financial institution, also includes interest rates, a schedule for repayment, as well as consequences in the event of defaulted payments.

Although, as Kozlowski tells us, the best type of lender you can choose when buying real estate with none of your own money or credit is an asset-based lender.

“With asset-based lenders, you can get up to 70% of the value of pretty much any property. I spent months calling thousands upon thousands of lenders before I finally figured out the right questions to ask,” says Kozlowski, “before I found one that would lend me 70% of a property’s value — not the purchase price, the value — based on cash flow and property condition. So, for a property valued at $100,000, I could get $70,000.”

To get a “wholesale discount” on the property and create winning deals, look for sellers who exemplify one (or more) of the “Four D’s”

As Kozlowski explains, there are four primary motivating factors that might cause a homeowner or property owner to want to sell their real estate property as fast as possible and at a discount; sometimes, in a matter of 10 days or less. These “Four D’s,” according to Kozlowski, are:

“To put it bluntly, when two married people no longer want to be together, they get divorced,” Kozlowski says. “Savvy couples will want the divorced finalized to be out of the marriage as soon as possible, rather than try to get as much as they can out of it and drag the process out for years. This means they’ll also want any shared assets like homes or other real estate properties sold as fast as they can.”

Debt, another motivating factor Kozlowski points out, is one that most Americans are familiar with. Perhaps a seller has a coming foreclosure looming over their property due to debt, or a pending lawsuit against them requiring them to sell off their family home. If a seller can quickly settle a pending lawsuit and avoid months (or more) of legal battles and litigation in order to have greater peace of mind, they will want to accept as much as they can for that property as quickly as they can.

“Baby boomers have the highest amount of wealth in the United States,” Kozlowski tells us. “They aren’t getting any younger and they’re certainly not getting any healthier. Many of these boomers have a lot of assets and don’t have kids to pass them down to, or have descendants that they don’t want to pass a property along to. Similarly,” he adds, “the average American moves every 5-7 years, so let’s call it ‘10’ for easy math. There are 330 million people in the United States: 10% of that is 33 million that are moving at any given time. Estimating conservatively, only 1% of that 33 million will have real estate you might be interested in, so now we’re at 330,000 people. That means some 33,000 people will be highly motivated to sell right now, either due to death or displacement.”

One driving factor behind finding the right properties to acquire at the right time — especially without using your own money or credit to acquire them — is to know who the owner of the property is, even before the rest of the real estate investment market does. One of the best and easiest ways to do this, as Kozlowski says, is to utilize your access to publicly available information (e.g., email addresses) and amass a list of owners to reach out to.

“When creating your list of potential home or property owners to reach out to, try looking for owners with at least two of the four ‘D’s’, albeit in a scenario where your offer wouldn’t create an ethical dilemma,” Kozlowski says. “These sellers are going through a hard time and don’t need you making it harder for them.”

Once you have a list of available email addresses made, you simply have to send out a single mass email and wait for responses. Bear in mind, however, that because these owners’ properties are not listed in a traditional sense and are all “for sale by owner” properties, expect about 60% of all emails you send to go unanswered. Although, of the 30-40% who respond with interest, this is where you will need to rely on your own ability to negotiate with the property owner.

However, through using Kozlowski’s “70% rule” of financing mentioned above, along with the expertise and guidance of your mentor who can help you learn the skills to accomplish this yourself, it can be much easier to find a private owner willing to accept that kind of sum for their property.

“If you don’t master the skills to be able to create deals with large discounts,” Kozlowski says, “then it’s going to be much harder to buy the property without using your own money or credit. If this happens to be the case with a property you are interested in, it may be better to wait for the right person to sell the right property at the right time and price instead.”