How to Ensure A Successful and Trustworthy ICO 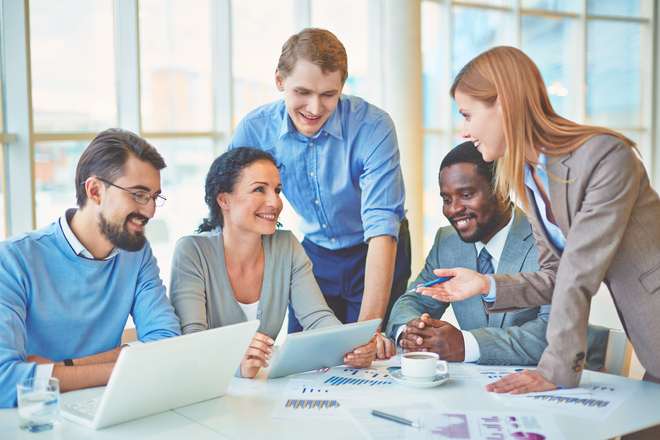 2017 saw a meteoric rise for Initial Coin Offerings (ICOs). So meteoric in fact that a recent article by Business Insider claimed over $5.6 billion worth of investment was raised using digital currencies in 2017, as more blockchain startups turned to cryptocurrency to drive their growth.

ICOs have proved an attractive prospect for those seeking investment and those looking to invest – CNBC even commented that the model had surpassed traditional early stage VC funding. Yet, an increasingly competitive and saturated market means that entrepreneurs need to work harder than ever to ensure their ICO is a success. With over 400 projects launched in 2017, 48% of which were successful, it seems the competitive nature of traditional investment has reached the ICO market and is showing no signs of slowing.

Despite its inception in 2014, the concept of an ICO was largely a mystery until last year when it broke through to the mainstream. In early 2017, when an ICO was merely a buzzword that few understood, having a whitepaper detailing the project’s goals, timeline and management team was enough to attract investment. However, more than a year later and following a number of ICO failures and scams, the market is at a crossroads whereby instilling trust is pivotal to not only ensure an individual ICO’s success but also guarantee the market continues to grow.

In order to build a solid foundation for your ICO, you first need to understand the technology and marketplace on which the concept operates. Unlike traditional currencies, cryptocurrency has its own set of rules, regulations, and challenges to overcome. Whilst ICOs have established their popularity, the industry is still largely unregulated; meaning that there is a natural level of distrust and scepticism.

The volatile nature of cryptocurrencies also remains a factor that many investors will want to consider before backing an ICO. For example, the market took a massive blow in 2017 following the news that China and South Korea were banning the investment model; lowering the value of many cryptocurrencies.

In addition, tech giants Facebook, Twitter and Google have all recently announced the banning of cryptocurrency ads with Facebook stating, “there are many companies who are advertising binary options, ICOs and cryptocurrencies that are not currently operating in good faith.”

Whilst these challenges can be overcome, it’s important to understand the marketplace to gauge its unique problems and outside perceptions before committing to an ICO. Furthermore, you need to be able to demonstrate this market awareness within your whitepaper.

For example, cryptocurrency payment platform, Jincor outlined the market within its whitepaper; detailing where the industry currently is and where its place within it would be. Being able to demonstrate this can often make or break an ICO.

With 913 ICOs launched last year alone, standing out amongst the pack to draw the attention of investors is key. It is often the case that those who shout loudest are noticed. However, those that shout the loudest may not always be legitimate projects which is why the industry can often be tarnished with cautionary tales of ICO scams. Therefore, it is essential for an ICO to utilise various marketing channels to not only promote its project, but also build confidence and trust amongst potential investors.

Popular decentralized iOS wallet, BreadWallet, is one example of an ICO which utilised multiple marketing channels to communicate with its audiences to enforce its legitimacy. In particular, the project was significantly active on social platform, Reddit, providing regular updates for investors on the project’s progress.

In addition, the platform was able to generate credible media coverage amongst Bitcoin and Crypto media outlets; further establishing its reputation amongst the community as a platform that was investing in its profile management and instilling the idea it had long-term aspirations.

Yet, while marketing provides businesses with an effective tool for building trust in their offering, any company wanting to launch an ICO must still have a proven track record of success in their own industry. Not only can this establish them as key industry players, it will also give them a solid foundation on which they can demonstrate their knowledge and experience within their field of expertise. Coupled with successful marketing, this credible industry presence can help companies to position their ICO as one worthing investing in.

Looking to the Future

As with traditional forms of investment, an ICO is a springboard to promote a company’s growth. Therefore, in order to launch a successful ICO, you need to look beyond the initial launch and consider how that investment will shape the future of your business and where the cryptocurrency market could go. Focusing on the overall crypto ecosystem and where is could potentially go is equally as important as considering when to launch your project.

Therefore, you should look to create a roadmap within your whitepaper that looks beyond the initial ICO and clearly shows potential investors where their investment will be used and how it will impact the global blockchain community.

One of the most successful ICOs of 2017 was Decentralized Storage Network, Filecoin, which raised US $257 million. Within its whitepaper, the company not only outlined how the ICO will drive the growth of the Filecoin network but also considered the future of the ecosystem and ongoing future work towards the future of decentralized storage systems.

The ICO model has seen a significant surge of popularity within the past year. However, with so many projects launching, the market is becoming increasingly more crowded, competitive and volatile. With less than half of all ICOs reporting success, it’s never been more important for entrepreneurs to consider the challenges they may face when launching their own projects and how they can overcome these by understanding the ecosystem and instilling trust amongst their audiences.