How to Make Apps Make Money? 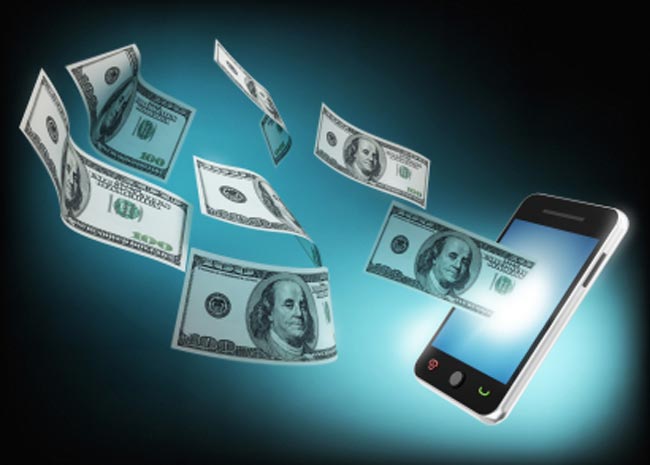 The time spent using apps has increased by 90 per cent since 2013. In the financial sector, banking app usage in the UK has seen a rise of daily app logins grow 60 per cent from 2014 to 2015 – rising a massive four million to 11 million per day. This growth of app usage across sectors is forcing businesses to carefully evaluate not just whether they need an app, but how any such app will add business value. And answering this question has resulted in multiple business cases and app strategies.

There are of course the digital app services that will naturally generate revenue through their use, such as payment and transfer apps like TransferWise that takes a fee for each transaction.Others, however, have models or services that are less easy to directly monetise.

Other apps are built with the intention of creating a better overall experience and more convenient interface for existing and new customers. While you can make transfers via mobile banking apps, developing this feature becomes not just a value add, but a necessity as consumers are increasingly choosing mobile as their preferred platform for their day-to-day banking needs. And with advanced functionality, easier log-in and real-time updates on the go, it’s no wonder that users now expect a great banking app, as they do with other retailers.

Though all app creators hope to gain a large user base, some are more reliant on becoming a popular platform than others. In particular are the ones that gather user data, sell advertisements or make money from referrals and sales of unrelated products. An example of this being the popular budget and money management app Mint, which was both financially supported by relevant ads as well as earning referral fees through its comparison service, such as credit cards or bank accounts.

Finally, some apps add to their business’ bottom line in a more direct form: through payment for the app or in-app purchases. Apps such as financial management and education LearnVestcan be downloaded for free, but offers extra financial planning services in-app for an additional sum. Whereas apps such as BudgetBoss asks for a smaller upfront payment to download the app itself.But which of these more direct approaches is most effective?

Gartner recently reported that consumers are increasingly preferring to make payments while in an app that was free, rather than paying for an app upfront. The study found that the revenues from in-app transactions were about 24 percent higher than those on pre-download payments, and only those pieces of software with the most value in the eyes of the user will be used for such purposes.

Explaining this trend, the report emphasises that once users are confident an app delivers the expected value without having to pay upfront, they then find it easier to spend on in-app transactions. Not all financial sector apps are created equal in this game though, and many often fail to bridge the gap between a free download and revenues from in-app purchases, instead having to rely on revenue from ads, but potentially damaging user experience at the same time.

Even within these direct revenue models, there are different options for app providers to consider, from recurring in-app transaction options to all-encompassing one-off upgrades to a premium version of the app. An in-between that offers consumers greater flexibility and choice can also be to have extra features available throughout the life cycle of an app, while also offering customers the option to purchase the full premium package in one go.

Regardless of the business model chosen for an app, however, testing will always play a major role in revenue generation and quality assurance (QA) teams need to be especially focused on the establishment of optimal user experiences before trying to cash in on in-app transactions. As Stephanie Baghdassarian, research director at Gartner, advises in the report: “A great customer experience leads to users advocating a product or service; it also keeps the user a loyal and returning consumer of the service.”

No matter whether an app is set-up to generate direct sales of services or simply provide customers with another, mobile portal for a business’ services, one thing is certain: it needs to work and offer a great customer experience in order to have a chance of succeeding in a crowded app market. This fact is probably why a recent Perfecto study of 1000 enterprise web and mobile professionals found that 81 per cent of respondents view the digital experience as crucial to their business success.

Most businesses’ testing and QA teams carefully test the ‘functional’ aspects of their apps, making sure that critical functions such as downloading to payment processing, and everything in between work. Whilst this is critical, developers know that when it comes to mobile, they are no longer creating applications that will be run from devices with steady power supplies and stable internet connections.

To ensure user experiences, today’s finance apps will need to be tested in environments that accurately mimic real user conditions, such as different locations, switches from 3G or 4G to Wi-Fi networks, other apps running in the background, dying battery, and more. Ensuring that monetary functions such as payment transfers work correctly under different user environments can be particularly important – no one wants to click refresh on a non-responsive app only to find they’ve paid twice for something!Testing for these unique usage patterns and environments is therefore critical to improving mobile quality, retaining users and keeping them using the app long enough to generate a revenue from them.

When creating an app, there are many different ways that it could add value to businesses, and companies will have to carefully consider the service that is being offered when deciding app strategy and revenue model best fits this. But whether selling a new financial service or offering existing banking customers a more convenient portal, brands will need to not only establish a unique and engaging experience for users, but also add value to the lives of their customers – this will be the key to businesses being able to use apps to boost their revenues in the coming years.

THE FUTURE OF PAYMENTS and COLLECTIONS