How video technology continues to boom in the education sector 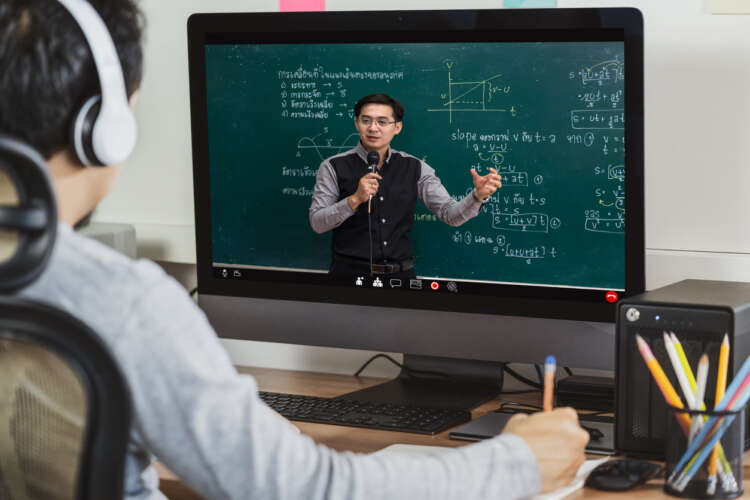 As the world continues to make strides following the COVID-19 pandemic that crippled so many industries, recovery has become the aim of the game for many companies.

One industry that bucked the trend however throughout the pandemic was the video technology sector which saw increased revenue and footfall, as the world attempted to remain connected.

Following the initial halt to daily life when the pandemic struck at the beginning of 2020, the education sector the world over sought to reconnect with students who were missing valuable learning time.

eLearning became the new norm for schools, colleges, and universities globally and the clamour within the video technology sector was huge to provide the most holistic educational tool.

All the big hitters within the tech industry fought for supremacy within the education sphere, with Microsoft and Google both launching platforms designed to assist with the giant influx in eLearning.

Microsoft Teams hit the market with relative success instantly, with educators able to connect with their students in a myriad of ways.

Being able to split classes into groups, introduce different studying patterns and collect and assess work, were some of the instant hits with Microsoft Teams.

The USP for Teams was the advent of video technology, which enabled students and educators to be visible at all times during a session.

As ever, Google looked to get on board the bandwagon too, introducing Google Classroom to the education sector, which was another hit among schools and colleges.

With an easy-to-navigate interface for students and educators, as well as all the innovations created through Google Docs and google sheets, it became an invaluable resource within education.

Over two years on from the initial advent of the pandemic, first in China and then around the world, the education sector is arguably one of the few industries that still employ constant video technology.

Companies such as Zoom and Skype saw a massive spike in footfall in the initial period following the pandemic, but their usage has waned a little, especially in comparison to the heights they reached in 2020.

Educational authorities are now heavily reliant on eLearning as a valuable tool, for all levels of students.

The pandemic also brought about a change in habits among students and educators too, with all learners having to adapt to the changes in information consumption.

Alternative methods of teaching were explored by all subjects, with creative topics such as video production and editing becoming an important part of daily life.

This boom in the marketplace has continued, with products such as Movavi software, NCH Software, and CyberLink all providing a safe multimedia platform for students and educators to operate from.