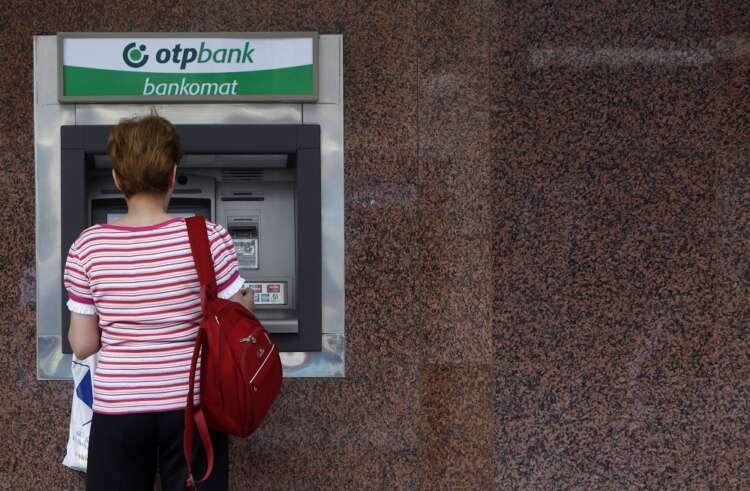 BUDAPEST (Reuters) – Hungary’s OTP Bank, Central Europe’s largest independent lender, is under pressure from the government of Ukraine, where the bank is also present, to sell its Russian unit, Chief Executive Sandor Csanyi said on Wednesday.

Earlier this month Csanyi said the bank would sell its Russian operation if there was a buyer, adding market presence there could become a moral issue. The Russian and Ukrainian units accounted for 15.8% of OTP’s profit last year.

OTP has said it is winding down corporate lending in Russia in compliance with international sanctions and was examining a possible withdrawal from the Russian market.

“We are under enormous pressure over Russia to sell our bank there or shut down our operation like many Western European companies have done,” Csanyi told private broadcaster InfoRadio in an interview.

The Ukrainian government could not immediately be reached for comment.

Csanyi said OTP faced no such pressure in Hungary, which has pursued closer business ties with Moscow for years under Prime Minister Viktor Orban, who rejects arms shipments to Ukraine and opposes European sanctions on Russian oil and gas.

“In this regard, we are mainly cautioned by the Ukrainian government on a regular basis, by leaders of various rankings,” Csanyi said without elaborating.

Csanyi said it was “very hard” to sell the Russian unit due to the size of OTP’s presence there adding, however, that the bank would “strongly consider” an exit if there was a desirable bid for the unit which he valued at around 500 million euros.

“When I say desirable I mean a not too onerous loss. But I would rather not give any tips to anyone on what is acceptable for us,” Csanyi said, adding that prospects for the Russian economy were “not very bright.”

He also said a law was being drafted in Ukraine which would impose a higher tax rate on companies present in Russia, which OTP would have to factor into its strategy.

“We are not making decisions only because we are under pressure,” he said. “We will wait for the appropriate moment. We can stay put for years, if needed, but we are also prepared to sell (the Russian unit) in a week.”

UK report warns of impact of Islamist groups in prisons