IKEA's restaurants has more than halved food waste since 2017

Factbox-Europe's travel disruption stretches into autumn
Our website publishes news, press releases, opinion and advertorials on various financial organizations, products and services which are commissioned from various Companies, Organizations, PR agencies, Bloggers etc. These commissioned articles are commercial in nature. This is not to be considered as financial advice and should be considered only for information purposes. It does not reflect the views or opinion of our website and is not to be considered an endorsement or a recommendation. We cannot guarantee the accuracy or applicability of any information provided with respect to your individual or personal circumstances. Please seek Professional advice from a qualified professional before making any financial decisions. We link to various third-party websites, affiliate sales networks, and to our advertising partners websites. When you view or click on certain links available on our articles, our partners may compensate us for displaying the content to you or make a purchase or fill a form. This will not incur any additional charges to you. To make things simpler for you to identity or distinguish advertised or sponsored articles or links, you may consider all articles or links hosted on our site as a commercial article placement. We will not be responsible for any loss you may suffer as a result of any omission or inaccuracy on the website. 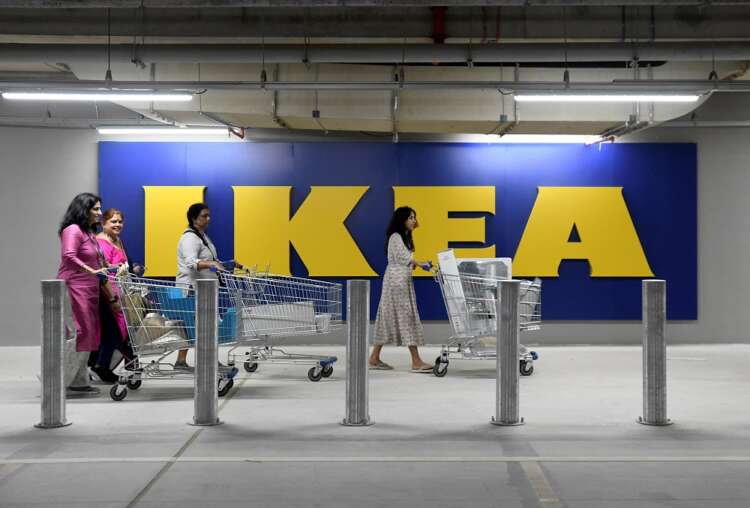 STOCKHOLM (Reuters) – IKEA, which as well as being the largest furniture brand also runs one of the world’s biggest restaurant chains, has slashed its food waste by 54% since 2017 to save money and reduce its environmental footprint.

Global food waste accounts for between 8% and 10% of total greenhouse gas emissions, according to the United Nations’ Food and Agriculture Organisation.

Ingka Group, which owns most IKEA stores, in 2017 announced a target to halve food waste with the help of an artificial intelligence tool that allows it to better tailor amounts cooked to demand.

At the time, daily food waste per outlet, known for the trademark meatballs, averaged some 150 kg (330 pounds), translating to some 43,000 tonnes annually in total.

Ingka said in a statement on Tuesday the reduction meant it had saved more than 20 million meals and avoided 36,000 tonnes of carbon dioxide equivalents. The total saving in terms of money was 37 million euros ($37 million), a spokesperson added.

“Although this achievement represents a relatively small proportion of our overall climate footprint, (0.1%), it is nevertheless an important step that we are proud of,” it said.

The entire IKEA value chain – from raw material production to customers’ disposal of products – in the 12 months through August 2021 emitted 26.2 million tonnes of CO2 equivalent.

“We’re continuing to explore, test and develop ways to prevent and reduce food waste in our operations as well as to inspire our customers and the many people to do the same,” Ingka said.

The restaurants serve around 560 million visitors a year.