'We're going to be free': Chinese cheer as COVID curbs are loosened
Our website publishes news, press releases, opinion and advertorials on various financial organizations, products and services which are commissioned from various Companies, Organizations, PR agencies, Bloggers etc. These commissioned articles are commercial in nature. This is not to be considered as financial advice and should be considered only for information purposes. It does not reflect the views or opinion of our website and is not to be considered an endorsement or a recommendation. We cannot guarantee the accuracy or applicability of any information provided with respect to your individual or personal circumstances. Please seek Professional advice from a qualified professional before making any financial decisions. We link to various third-party websites, affiliate sales networks, and to our advertising partners websites. When you view or click on certain links available on our articles, our partners may compensate us for displaying the content to you or make a purchase or fill a form. This will not incur any additional charges to you. To make things simpler for you to identity or distinguish advertised or sponsored articles or links, you may consider all articles or links hosted on our site as a commercial article placement. We will not be responsible for any loss you may suffer as a result of any omission or inaccuracy on the website. 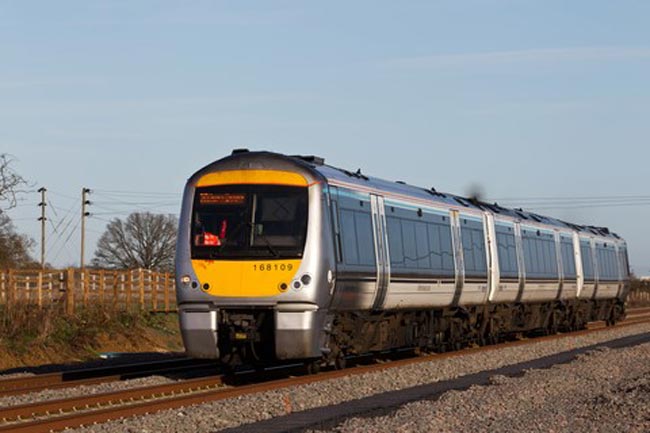 Oxford-based property expert Ray Withers, CEO of Property Frontiers, has expressed anticipation of an immediate lift in house prices in the city, in light of the news that the new direct high speed rail line between Oxford and London Marylebone will be open and operational from 12 December.

“The new line will provide an enormous boost to both cities. Everyone in the Oxford area will benefit from improved connectivity and less congestion, and I expect property values in the centre to get an immediate lift as Oxford will be more accessible for those who work near Marylebone/West end.

“We’ve already seen a dramatic upswing in property prices in places like Kidlington near to Oxford Parkway, the most recent station to open on this line and although Oxford has been voted one of the most expensive places to live, I think this will bolster prices further.

“This project promises to make Oxford an even better proposition for commuters and businesses with close links to the capital, but it will also hugely open up central Oxford and the Cotswolds to Londoners to take advantage of the culture and natural beauty on offer here.”

The direct high speed connection between Oxford and London has been eagerly awaited. The railway line took some £320 million to complete and included the opening of Oxford Parkway station in October 2015. The final track installations needed to enable the direct connection to London sought to convert an old branch line into a 100 mph mainline. With the work complete, Chiltern Railway services has been able to timetable the first trains for 12 December, just in time for Oxford’s residents to pop into the capital for a spot of Christmas shopping.

With a journey time of just 60 minutes and two trains per hour, the newly opened line will certainly be an early Christmas present for those living in Oxford and working in London, providing them with an alternative to the oft-congested M40 and A40. The A40 stretch between London and Oxford topped Ultimate Directory’s list of the UK’s busiest roads, alongside the M25. By relieving some of the pressure on the road network, the new train line is tipped to provide a further boost to Oxford’s credentials as a commuter city for the capital (in addition to the city’s own countless charms).

Housing in Oxford is something of a contentious issue. Nobody seems to disagree with the fact that more houses are needed. Oxford City Council’s growth strategy states that 24,000-32,000 new homes are needed between 2011 and 2031, while the Oxfordshire Growth Board has stated that 100,000 new homes are required across the county as a whole in that timescale.

The controversy arises when it comes to planning precisely where to locate those new homes. 14,300 of the new homes needed in Oxford have been assigned to be built in the local authorities surrounding the city, as Oxford itself is struggling to find the space to meet demand thanks to its large swathes of protected land and the need to protect its internationally recognised skyline of ‘dreaming spires,’ as christened by the Victorian poet Matthew Arnold.

The new train line is set to create even more demand for homes in Oxford, with the city expected to return to property hotspot status as a result. House prices in the city have already risen by 27.5% in the past five years, according to Zoopla. With the new train line opening towards the end of this year, homeowners in the city can reasonably expect to look forward to another substantial boost.