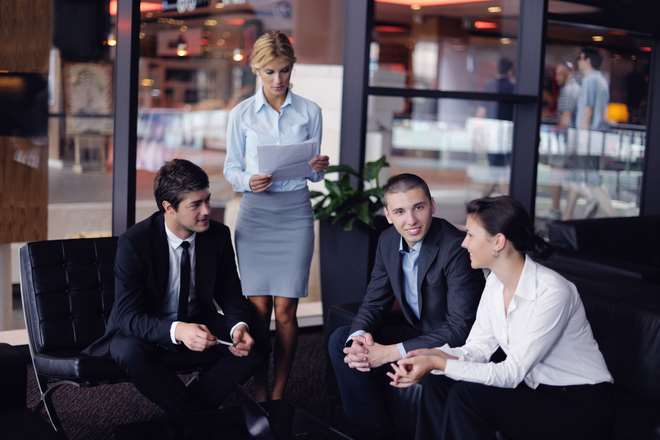 The Indian equity market is now trading at an all-time peak in local currency terms and questions arise as to whether this market is fully valued. In sterling terms, the MSCI India gained 49% in the two years ended 31st December, 2017. This strong performance has been all the more notable as Prime Minister Modi’s government implemented demonetisation measures in November 2016, as part of broader efforts to curtail the shadow economy.

While recognising that equity market valuations have moved appreciably higher, we nevertheless continue to take a positive view on India based on the country’s compelling domestic growth prospects. Some market estimates suggest that India’s nominal GDP growth could double by the next decade, resulting from two forces: India’s demographic advantage and structural economic reforms. India’s demographic advantage comes from it being one of the few large economies where the working age population growth is still positive. This trend, combined with a growing and aspirational middle- class population, bodes well for lifting future productivity rates and boosting consumption. However, stronger and higher quality growth will only be secured through meaningful structural reform to India’s economy.

In this regard, Modi’s government’s commitment to the reform agenda has been particularly encouraging, especially relative to other major emerging market (EM) countries. Brazil remains a constant source of frustration for investors due to a troubled political scene and ongoing corruption investigations. South Korea and China are making headway with implementing reforms, but the longer-term positive impacts remain to be seen. Arguably, given the sensitivity of market sentiment to high frequency data in China, the Chinese authorities may be deliberately slowing the pace of reform.

India’s government, by contrast, has already implemented wide-ranging reforms (fiscal, land, labour market and transport), which are helping to formalise the economy. The most impactful measures have been the goods and services tax and regulations to promote greater financial inclusion. The goods and services tax, which was introduced in July 2017, effectively creates a pan-Indian common market through the harmonisation of state and central government taxes. Changes to the tax regime are expected to lead to a meaningful pick-up in growth, as well as efficiency gains in areas like logistics. Elsewhere, reforms to promote greater financial inclusion across the population include demonetisation, subsidy reductions and measures to stop banking exclusion.

One important consequence of these reforms is the growing participation of domestic investors in the Indian equity market. Domestic flows into equity mutual funds have seen a sharp increase since mid-2016 and the value of monthly systematic investment plans (i.e. Indian mutual fund schemes) have increased by two-thirds over that same period. A growing savings culture has also been fostered by regulations to reduce the attractiveness of investing in physical assets. Domestic liquidity trends, therefore, should remain a significant underpin to demand for Indian equities.

Over the near term, the cyclical economic outlook is also showing signs of improvement. Services activity and manufacturing output have seen meaningful increases since the end of last year. Actual activity data in the business and consumer sectors further corroborates the upturn in sentiment surveys, with industrial production output, credit flows and car sales seeing strong improvements since late 2017. Inflation trends remain contained, but a significantly higher oil price from here (India imports more than 80% of its oil requirements) could present challenges for the economy as well as fiscal and monetary policy, dampening investor sentiment.

Are valuations a barrier to further upside?

Overall, the investment case remains well supported by the domestic growth outlook, but investors should be mindful of a significantly higher oil price and signs of currency weakness. These considerations, though, would also apply across the broad EM equity asset class. India’s robust external financing position provides support to the currency. While a higher oil price and/or higher US interest rates present risks, the Reserve Bank of India has access to ample foreign exchange reserves should it need to intervene in financial markets and reduce currency volatility. Furthermore, we also believe that the Indian equity market’s more domestic focus relative to other EM countries should better insulate it from any adverse impact of higher US interest rates.

Indeed, the Indian equity market is distinct from other major EM countries for its overwhelmingly domestic focus. This characteristic should allow investors to capture specific local growth drivers. Relative to the broader MSCI EM Index, India has higher weightings in financials, healthcare, consumer discretionary and consumer staples, but a lower exposure to technology – unlike many of its Asian peers. An allocation to Indian equities can, therefore, offer portfolio diversification within a broader EM allocation.

On an outright basis, the valuations of Indian equities appear expensive across a range of metrics. The MSCI India Index now trades at 25 times price to earnings, with financials, consumer discretionary and consumer staples standing out as particularly expensive. However, when considered against the broader EM Index in US dollar terms, these valuation measures are close to the long-term average. Furthermore, we have to acknowledge that historical valuation comparisons may be less relevant to an economy that is seeing meaningful structural change.

What to expect from bond markets in 2018