Instant View: US May payrolls rise up than expected 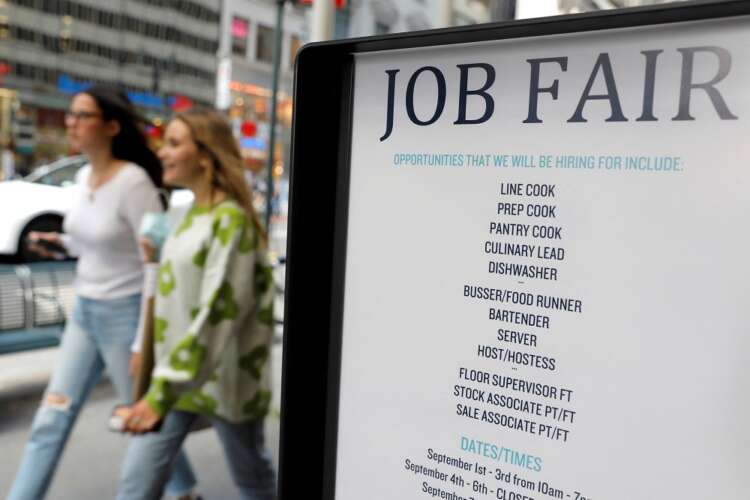 NEW YORK (Reuters) – U.S. employment increased more than expected in May, while the unemployment rate held steady at 3.6%, signs of a tight labor market that could keep the Federal Reserve’s foot on the brake pedal to cool demand.

Nonfarm payrolls increased by 390,000 jobs last month, the Labor Department said on Friday. Data for April was revised higher to show payrolls rising by 436,000 jobs instead of 428,000 as previously estimated. The report also showed solid wage gains last month, sketching a picture of an economy that continues to expand, although at a moderate pace.

“What the market is really focused on is average hourly earnings, a tick lower than expected .. The labor market is starting to level off and if we can see wage inflation moderate a bit lower, that’s healthy for the market.”

“If the wage inflation can come down that’s a more healthy dynamic. (This report) gives permission to the Fed to keep going with their rate hikes because the labor market is strong. They can worry more about inflation pressures and less about the labor market.”

“The market is still concerned about wage inflation. Even at 0.3% that’s still a very high rate. The market is reacting to the fact that the Fed does need to continue with the rate hikes. If wage inflation was lower the market reaction could be more positive.”

“One aspect of the report that I find interesting is that average hourly earnings undershot expectations on a month-over-month basis, but it wasn’t enough to lead to a miss over the year-over-year figures, which decelerated from 5.5% to 5.2%. This is consistent with the peak inflation narrative and doesn’t really change the overall narrative for the Fed. We are still looking for 50 basis point rate hikes in June and July, with a good chance of another 50 basis point move in September.”

“The good news is that wage (growth) has seemed to stop going up for now. And that’s the key. This report plays into the hands of the Fed in that they’re going to have to hike rates at least another 150 basis points. That’s the bottom line.”

“The stock indices are bouncing off their lows.”

“The employment market remains strong, and at least for now wages are not climbing faster than they were.”

“But when you have manufacturing (job growth) slowing down, that’s a key sector of the economy. That’s a sign of a weakening economy that’s headed for recession.”

“Everyone wanted to know if we would see the impact of Fed tightening show up in this report, there was a little bit of a concern there was going to be a miss on the downside but it actually beat quite a few economists’ expectations on the upside. Overall this is a solid report, the Fed decision was already a done deal so it is not like this is really going to matter for that. This was more about what does this tell us about underlying demand, the economy’s ability to handle everything going on and are we going to see leveling off in any major sector in a big way? But we didn’t really see any of this, there was leisure and hospitality was up, professional and business services, transportation and warehousing, so this was a good report that shows the general populace is going back into the labor force.”

“The one interesting thing here was the participation rate ticked up, that is a sign that either it is the cost of living or generally higher wages because there was some good wage growth here too, is pulling people back into the jobs market and to the extent that inflation is due to labor issues where they just can’t hire people to produce, that might be abating. But it doesn’t really solve the overall bigger drivers of inflation, it doesn’t solve China’s zero-COVID policies and it doesn’t solve the Russia and Ukraine situation but it does show some resiliency in the U.S. economy, at least for the time being.”

“There isn’t clear and convincing evidence that inflation is slowing or that the labor market is cooling. There may be some hints that job hiring is slowing. The diffusion indexes ticked down showing that the job gains aren’t as broad as they used to be.”