Surrenden Invest has witnessed a growing number of parents investing in bricks and mortar for their children’s future over the past 12 months. 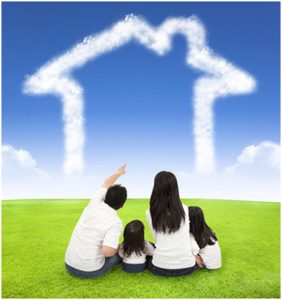 Shunning historically low bank interest rates and volatile stocks and shares, the bank of Mum and Dad (BOMAD) is acting now to invest in property for their children’s future which, when the right location and unit type is chosen, can still deliver market busting returns.

And when it comes to location, as the capital continues its decline, the property-hungry BOMAD is turning to secondary cities such as Manchester.

Growing faster than any other city in the UK, it is predicted that house prices in Manchester will rise by an impressive 28.2% by 2021 according to Hometrack, making the city an attractive bet for cash-rich parents looking to invest.

“Here at Surrenden Invest, we have seen more and more parents investing in property for their children over the past 12 months. Whether it’ll be their first home after school or university or an asset which can be sold for a profit to enable them to get onto the property ladder themselves, bricks and mortar seem to be one the number one investment choice for parents today.”

“In terms of locations, the northern cities, especially Manchester, are the most enquired about mainly due to the superb value for money and market-busting returns available.” 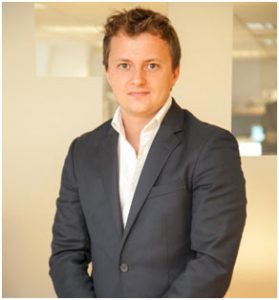 Indeed, the outlook for Manchester remains bright for those looking to make a medium to long-term investment. Growth from a range of sectors such as media and technology is estimated to create around 4,000 jobs in the Manchester region over the next 10 years, with demand for and thus the price of housing also rising in line with this progression.

And with one of the highest population densities outside the capital, living space within Manchester is already at a premium forcing investors to seek alternative areas of the city within which to purchase for maximum returns.

This is just what expatriate Darren Bonney, chose to do when purchasing three units at Royal Canal Works in Stretford, a town in Trafford, south-west of Manchester, through Surrenden Invest.

Darren was attracted to the new development as he was aware of Stretford being on the up due to the recent redevelopment including the new tram route into Manchester city centre as well as the apartments offering returns of 6-7%.

Adding to his existing property portfolio, Darren purchased these three properties for his three children, who will either live in the waterside development or rent the units out to their peers. He views his purchases as a long-term investment with capital growth and rental income propping up his pension.

“I found the investment process with Surrenden

Invest straightforward with a friendly, professional service and would use their services again in the future. My top tip for other BOMAD investors? Pick a growth area but do this sooner than later to relish in the rewards!” 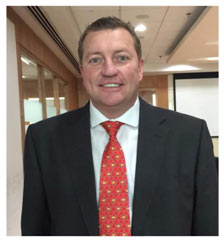 Units at Royal Canal Works are still available through leading investment agency Surrenden Invest. This brand-new canal side development is adjacent to the tranquil suburb of Choltorn – one of the most sought-after areas to live in southern Manchester.

The development is a contemporary collection of 43 beautifully appointed one and two bedroom apartments with private terraces and waterfront views, Royal Canal Works offers architecturally landscaped gardens and a courtyard along with secure parking and CCTV.

Being just 15 minutes from the city centre, Royal Canal Works boasts city standard living but all of the perks of life in the suburbs. The apartments are expected to be highly prized by families and young professionals who have been priced out of the city centre but are not prepared to compromise their standard of accommodation. Apartments are available from just £105,000 with an attractive 6% NET yield.