INVESTING IN THE CITY THAT'S INVESTING IN ITSELF - WELCOME TO THE LIVERPOOL OF THE FUTURE! 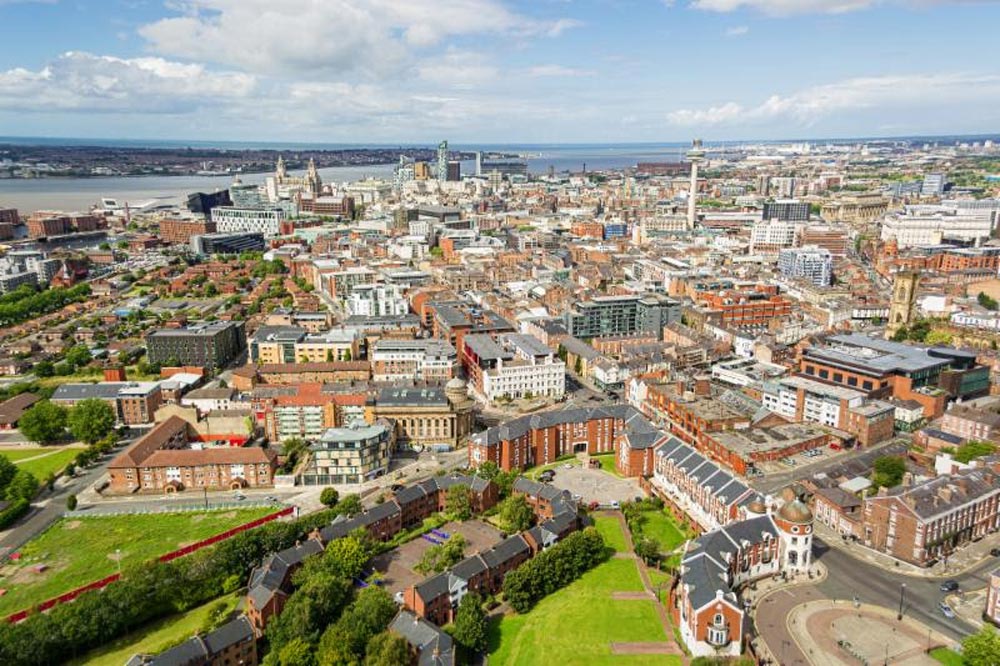 It always adds a surge of confidence to a property investment when the city it’s located in is clearly committed to brightening its own future. Take Liverpool, for example. The city’s Mayor pledged in 2012 to add 5,000 new homes to Liverpool’s stock. That commitment is now ¾ of the way towards being fully met, with 1,144 new homes completed across the city from January to October 2015 alone.

The progress in building new homes has been swift and decisive – Liverpool is clearly a city that is committed to its future development, not just with expensive public regeneration projects (though there are plenty of those going on too), but with joined up thinking about population growth and migration. In fact, the Mayor has already pledged a further £200m to build 1,500 more houses (in addition to the 2012 target of 5,000 homes) and bring 2,000 empty properties back to life.

Liverpool’s rental sector is thriving in the wake of demand for housing in the city. According to Sutton Kersh’s Rental Feasibility Report, rental values rose by approximately 1% during Q1 2016, with the rental market continuing to perform strongly and rental value growth of 5% per annum foreseeable for the next several years. Sutton Kersh, which is part of the UK’s largest estate agency network, Countrywide, has itself seen lettings increase by 8.5% within the city since Q1 2015.

“Liverpool is taking a really proactive approach not just to building housing but to ensuring that it is housing that people really want to live in. The local authority is committed to an ideal of choice for residents, with the focus on high spec dwellings with contemporary décor, fixtures and fittings. Those working there are building a true city of the future, with some really inspirational developments under construction, particularly in response to the population migration patterns that we’re seeing, whereby more and more professionals and their families are looking to live in the city centre as well as work there.”

Parliament Residence is an excellent example. The smart one and two bedroom apartments are part of an exclusive development of just 44 contemporary, high end homes, with a private roof terrace lounge offering        breath-taking views of the impressive UNESCO World Heritage waterfront. Within minutes’ walk of the trendy Baltic Triangle and Albert Dock regions, as well as the city’s central business district, Parliament Residents is just the type of development that is being cited as part of Liverpool’s bright future.

It’s also a particularly attractive investment thanks to a 22% early investor discount, with apartments available from as little as £109,900. With central Liverpool house prices below market value, Parliament Residence offers an excellent investment opportunity for those with a keen eye for healthy returns and likely capital growth.

Indeed, Liverpool’s property prices have risen by 5.5% over the last 12 months, according to the latest Hometrack House Price Index. Meanwhile, the newly released Office for National Statistics (ONS) House Price Index has shown that the North West region experienced the greatest monthly jump in values during April 2016, standing at 2.3% compared with a national average of 0.7%.

The ONS figures also highlight how new build values are rising faster than those of resale properties. During the year to April 2016, new builds increased in value by 10.2%, while existing resold properties lagged behind at 8.0%. The monthly comparison was even more pronounced, with new build values going up by 4.6% in April, compared with a resale property rise of just 0.3%.
Buying a new build property also comes with other advantages. According to the Home Builders Federation and YouGov Why Buy New survey, only 1% of homeowners found that they didn’t have to spend money on improvements when moving house. 51% of those buying a resale home said they had to make improvements to their kitchen and 52% had to pay for bathroom improvements. A full 70% of buyers said they had to redecorate.

For investors looking for a hassle free buy-to-let property, new builds make absolute sense. The cost and bother of repairs and redecorations can be taken out of the equation entirely and the property is ready for tenants from the moment it has been completed.

With prices in the North West rising faster than anywhere else, new build values outstripping resale property values, a city-wide focus on improving Liverpool’s housing offering and a superb managing agent available, Parliament Residence is ticking every box for investors at present. Those looking to invest in a city that’s investing in its future need look no further than Liverpool.
For further details please visit www.primecentrum.com, email enquiries@primecentrum.com or call 020 7183 6332.