Investing in property? Invest in art instead. 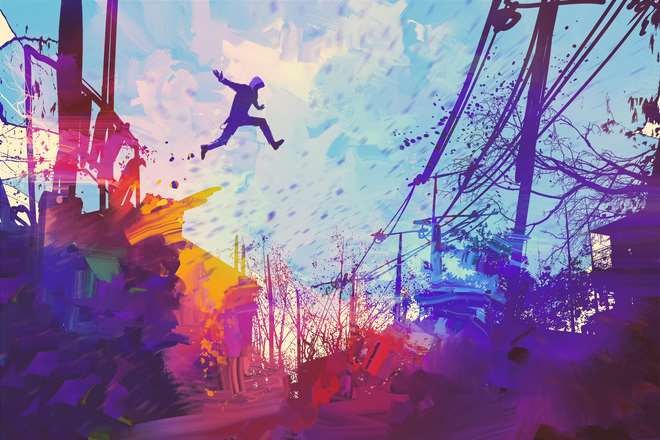 The art world is notoriously obscure. From private buyers and secret sales to prized paintings simply disappearing, even the most enthusiastic art lovers can find themselves lost in the art world. Whatever happened to van Gogh’s The Portrait of Dr Gachet? And, why is de Kooning’s Interchange worth so much?

Together with art historian Anna Tietze, Currys PC World partnered with the Samsung Frame TV to bring a small element of the art world to light. For the first time, the most expensive paintings in the world have been categorised and profiled. The (presumed) owners of said works have also been put under the microscope in the new research compiled for the World’s Chief Art Collectors campaign.

How much money are we talking about here?

The new research looked at ten individuals who have spent more on a painting than anyone else in the world. It found that the ten art collectors spent a total of $1.7 billion procuring their pieces, spending an average of $1.7 million per painting.

The world’s art collectors tend to be American, male and work in asset management

Half of the world’s major art collectors are American, with the other half coming from all over the world, including Europe (Britain, Russia and Italy), the Middle East (Qatar) and Asia (China, Japan).

Among the group, only one is a woman; a reality that rings true even when the list is expanded to the 106 most expensive paintings in the world. Casino magnate Elaine Wynn is truly in a class of her own, having purchased the Three Studies of Lucian Freud by Francis Bacon (1969) for $142 million in 2013.

Perhaps unsurprisingly, 40% of the collectors work in asset management, an area of work where making intelligent investments is a major component of the job. With contemporary art reportedly delivering a compound annual growth rate of 4% over 5 years, it’s clear that the art market is a viable alternative to traditional investment avenues.

The most – and least – expensive works in individual collections

The most expensive piece featured in the list is Interchange by Willem de Kooning, which was purchased for $310 million. It currently resides within the art collection of hedge fund founder Kenneth C. Griffin, who commands a net worth of $9.9 billion. Collectively, the art collectors have an overall known net worth of $59.73 billion.

The least expensive piece in the list is Nude, Green Leaves and Bust by Pablo Picasso which was purchased by Sir Leonard Blavatnik at auction for $119.5 million. One of the wealthiest people in Britain, Blavatnik’s taste for art is well documented, with him having paid millions for Damien Hirst’s woolly mammoth sculpture Gone But Not Forgotten (2014).

So, why are certain paintings so valuable? Art historian Anna Tietze says “There are several factors that come into play. Scarcity is one – if the artist hadn’t produced many works, or if there aren’t many left on the market. Provenance is another – a work with one or more distinguished previous owners. And then there’s authenticity – the work has got to be believed to be by the named artist.”

Discover more about the world’s chief art collectors – and the pieces that earned them that title – with the World’s Chief Art Collectors campaign by Currys PC World and Samsung Frame TV.

Methodology: The research looked at paintings that have commanded the highest price at auction or in a private sale and then matched these paintings to their purchasers. The World’s Chief Art Collectors list was created by filtering out the purchasers based on whether or not they were an individual collector. Any pieces purchased by conglomerates, tourism boards and galleries were discarded. Thus, the chief art collectors list ranks, in descending order, the ten people who have spent the most amount of money on a single piece of art. In some cases, individuals who might have made the list have been omitted, either because they deny owning the painting, or because they later sold it. All monetary figures used have been adjusted to today’s currency rates.

What would a ‘No Deal’ outcome mean for the Midlands property sector?