Europe has been at the helm of hotel investment over the last few years, with some of the biggest financial transactions being completed in London across 2015 and 2016, to the value of c. £3.5bn, or €18bn Europe wide. Some of London’s largest and most iconic hotels have exchanged hands in recent years – Grosvenor House and the Hilton Metropoles (London and Birmingham) being the most recent this year (2017). 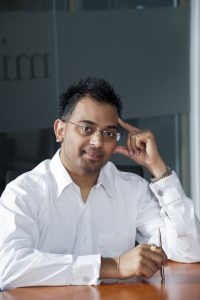 The weaker pound following the vote for Brexit has made the UK increasingly attractive to overseas investors, which demonstrates confidence of the long-term prospects of the UK. We’re seeing money coming in fromAsia, Middle East and also US investors.

Whilst the global appeal for central London remains strong, the lack of available stock, combined with demanding price expectations, has resulted in investors seeking alternative opportunities outside the UK capital, across the UK regions and further afield in Europe.At the end of Q1 this year, CBRE reported the overall European hotel investment volume was down -15% year over year, for Q1 2017. However, Germany, Italy and Spain, bucked the trend and all recorded growths.

We are seeing a significant increase in investor appetite across European markets such as Italy, Spain and Greece first-hand, with these markets showing an improvement in trading performance, making the businesses an attractive buy for both hoteliers and asset buyers – so those who have the intention and desire to own and run the business plus those who are in it for the asset appreciation. At the recent Mediterranean Resort & Hotel Real Estate Forum, Thanos Papasavvas, an economist and founder and CIO of ABP Invest said, “It’s having its best performance since the financial crisis in terms of growth, low inflation, falling unemployment and improving sentiment.” A Greek himself, he referred to Greece as “still on life support,” though showing some early signs of recovery. There, he said, the economy is expected to grow above 2 percent, its best performance in a decade.

There’s optimism out there with strong supporting history from the last year or two to show positive hotel trading performance. This broad optimism in Europe and the Mediterranean is funneling down directly into the hospitality industry Europewide.

Hotels have been a popular investment opportunity amongst the non-hotelier communities – banks, investment funds, hedge funds and alike, due to this industry being known as resilient against economic cycles more than others. In addition to this, the nature of the trade not only allows for owners to benefit from the real estate value, which would appreciate over time but trading profits over the years of ownership too.

Besides this, headlines like these are enough to whet the appetite of any investor:

The hotel industry is not only a profitable industry, it also satisfies those who like the ‘shine’ and ‘glam’ that comes with owning an iconic venue – what we call a ‘trophy asset’, those who aspire to building a brand or portfolio or even the non-hoteliers who are attracted by the high yields and asset appreciation.There is a growing appetite in the Industry for Hotel Room Investment – this is where investors are sold a room on a fixed return basis for a short, mid or long-term period. It appears the industry is attracting an increasing number of developers experimenting in this field.

Investing in a Hotel room gives you the opportunity to buy into a high yielding industry at a fraction of the cost of owning an entire hotel. Something that appeals to those who have always wanted to own a hotel or a time-share of yester-years, but could not afford the outlay.

The hotel management company run the hotel as they would their own and for their efforts in advertising, operating and servicing the business, take their management fee from the income, leaving the room owners to share the remaining profits in the proportion of their investment or number of keys owned. It’s not a new concept, however the mechanisms have improved over the years.

This diverse investment opportunity model just goes to prove that there’s something in this industry for everyone!We envisage the Hotel Industry will remain a popular choice for investors as we enter into 2018; with trading performance expected to continue on the up and UK asset values continuing to be a good deal with the value of the pound remaining low.

Given the complexities of the hotel business, many investors turn to hotel experts like Michels and Taylor, where the Advisory team have the expertise to evaluate the suitability of an asset, or portfolio, to the investor’s specific requirements.

Krupesh Patel is Head of Advisory at Michels&Taylor, a leading hotel advisory and hotel management company with a key focus on asset management, brand selection, feasibility & due diligence, independent business reviews and analytics. Founded by Sir David Michels and Hugh Taylor OBE in 2009, the team of industry-leading experts at Michels&Taylor runs, advises and oversees a large portfolio of hotels worldwide, helping to increase performance and profit for owners.

Krupesh has over 18 years’ experience working for some of the industry’s leading hotel operators including IHG and Hilton Worldwide, where he was Assistant Director of Revenue Management for Hilton Worldwide, Europe. He has also managed a diverse range of business models, including London hotels and European leisure resorts.

The driving forces behind PE’s hunger for mid-market tech