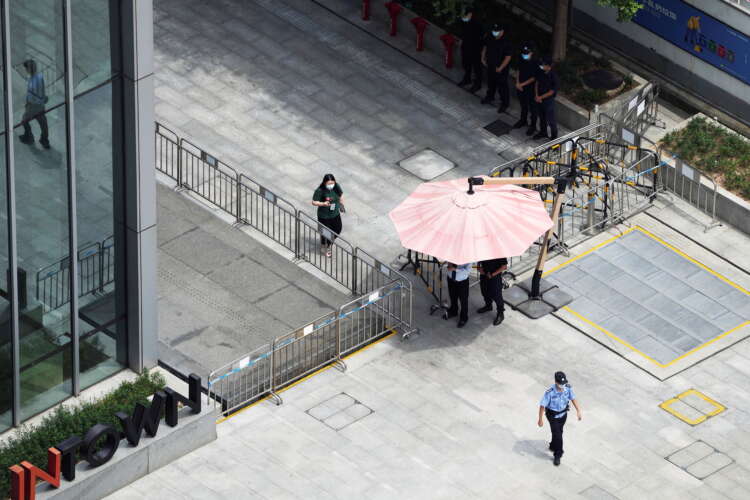 HONG KONG (Reuters) – Investors were bracing for potential market turbulence on Wednesday as a bond coupon payment for China Evergrande Group comes due, giving the embattled property developer its next test in public markets.

Once the face of China’s frenzied building boom, Evergrande has now become the face of a crackdown on developers’ debts that has spurred volatility in global markets and left large and small investors sweating their exposure.

The company is due on Wednesday to make a $47.5 million bond interest payment on its 9.5% March 2024 dollar bond. While it does not have any more onshore or offshore bonds maturing this year, it must still make coupon payments for offshore bonds totalling $547.57 million by Dec. 28.

In the weeks since, some global investors have shifted their focus to political wrangling in Washington over the U.S. debt ceiling and a rise in Treasury yields that has pressured stocks. [.N]

Any negative surprise by Evergrande could give stock market bears more ammunition.

With liabilities of $305 billion, Evergrande has sparked concerns its problems could spread through China’s financial system and reverberate around the world – a worry that has eased as damage has so far been concentrated in the property sector.

On Monday, China’s central bank vowed to protect consumers exposed to the housing market and injected more cash into the banking system. The Shenzhen government began investigating Evergrande’s wealth management unit, the clearest sign yet the authorities could move to contain contagion risks.