Public Power Corp, RWE to build five solar farms in Greece
Our website publishes news, press releases, opinion and advertorials on various financial organizations, products and services which are commissioned from various Companies, Organizations, PR agencies, Bloggers etc. These commissioned articles are commercial in nature. This is not to be considered as financial advice and should be considered only for information purposes. It does not reflect the views or opinion of our website and is not to be considered an endorsement or a recommendation. We cannot guarantee the accuracy or applicability of any information provided with respect to your individual or personal circumstances. Please seek Professional advice from a qualified professional before making any financial decisions. We link to various third-party websites, affiliate sales networks, and to our advertising partners websites. When you view or click on certain links available on our articles, our partners may compensate us for displaying the content to you or make a purchase or fill a form. This will not incur any additional charges to you. To make things simpler for you to identity or distinguish advertised or sponsored articles or links, you may consider all articles or links hosted on our site as a commercial article placement. We will not be responsible for any loss you may suffer as a result of any omission or inaccuracy on the website. 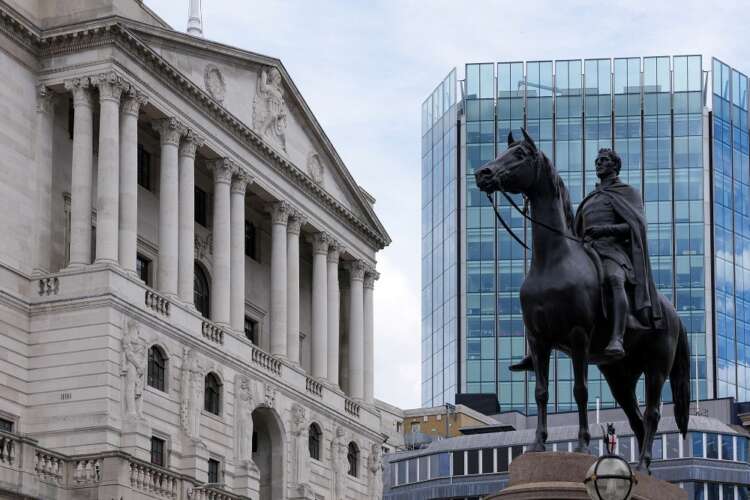 Some gilts saw far heavier selling than U.S. or German bonds as a decline in the value of sterling and doubts over the ability of Britain’s next prime minister to handle the growing economic crisis added to strains on investor confidence.

“I’ve not seen anything like this since ’94,” said veteran economist and market strategist Marc Ostwald from brokerage ADM Investor Services, referring to the international bond market collapse that year triggered by rising interest rates.

“This is one of those ultimate meltdowns.”

Sunak himself raised concerns about investor confidence in Britain under a Truss government in a Financial Times interview published this week.

The nature of fiscal support that Truss might be planning as prime minister was a concern for investors, Philip Shaw, chief economist at Investec, said.

Truss has recently hinted at providing direct support for households as well as tax cuts, something which would add to Britain’s still huge borrowing levels after the coronavirus pandemic.

“This reminds me of March 2020 when the UK was not locking down for COVID. The pound plumetted then and only bounced back when Boris Johnson reversed course,” Shaw said.

“Markets want to hear about more help for households but they are far from convinced about the need for tax cuts.”

Long-dated gilts saw the heaviest selling on Wednesday, with the 20-year yield up by 13 points on the day, rising above 3.2% for the first time since 2014.

Similar U.S. and German bonds on Wednesday saw yields rise by around 2 or 3 basis points.

That left the 20-year gilt on track to end August some 81 basis points higher than its July closing level, which would be the largest monthly increase since Refinitiv records began in the mid-1980s.

Longer-running Bank of England records suggest it would be the largest monthly increase since 1978.

It was a similar story for the 5-year gilt , which struck a peak yield of 2.828%, its highest since April 2010. It was last up around 10 basis points on the day and on track to end the month 117 basis points higher – another record.

The BoE’s plans to begin selling its stock of gilts from next month represents an additional source of uncertainty for investors.

The central bank has said it wants to sell gilts even through difficult economic times, although it has pointed to the March 2020 meltdown as an example of what might force it to change tack.

“The really ugly part of it is it’s relentless,” Ostwald said of the sell-off in gilts. “There’s no one stepping in to catch the falling knife.”