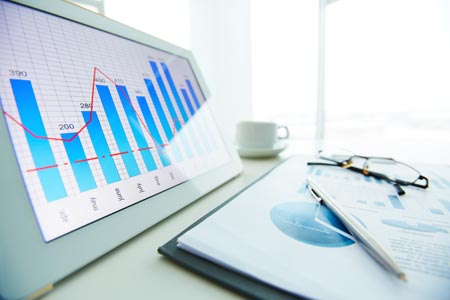 Aon Securities, the investment banking division of global reinsurance intermediary and capital advisor Aon Benfield, today launches its latest report on the insurance-linked securities (ILS) sector, which analyses the ILS activity that took place during the second quarter of 2016.

The report, Insurance-Linked Securities Q2 2016 Update, reveals that catastrophe bond issuance in Q2 stood at USD800m across five transactions – a relatively low figure during a historically active quarter for issuance. Risk transferred to capital markets investors was at a relatively higher risk level – a trend that began in late 2015 – with a weighted average risk interest spread of 8.40 percent, corresponding to a weighted average expected loss of 5.05 percent. This figure represented the highest average risk interest spread for a quarter seen in the catastrophe bond market in four years.

U.S. named storm and earthquake dominated the catastrophe bond market in Q2, as did sponsors’ increasing preference for aggregate structures, with half of all tranches providing a form of aggregate coverage. Meanwhile, according to FINRA’s Trade Reporting and Compliance Engine (TRACE), there were 218 secondary market trades totaling USD245.23 million during the period – a decrease in trade volume of more than 32 percent compared to Q1 2016, while the dollar volume of reported trades decreased just over 20 percent from Q1 2016.

Paul Schultz, Chief Executive Officer of Aon Securities, said: “Catastrophe bond issuance volume was down considerably in Q2, with only five new cat bonds issued during the quarter.  Capital deployed across all collateralized products though was higher, reflecting the trend we have seen over the past few quarters in which growth in collateralized reinsurance significantly outpaced growth in cat bonds. Given lower primary issuance in cat bonds it is also not surprising that secondary trading levels in the quarter were lower in a quarter-on-quarter comparison.  Looking ahead, and while the primary market is not typically as active during the third quarter, our firm does expect an active second half of 2016. Many investors have capital to deploy which should continue to lead to further secondary price increases and a relative improvement in attractiveness of the efficiency in the cat bond market.”

During the quarter, all Aon ILS Indices posted gains. The U.S. Earthquake Bond index posted the greatest growth, with a return of 1.92 percent; while the All Bond and U.S. Hurricane Bond indices posted similar returns with 1.67 and 1.66 percent, respectively. The BB-rated Bond index posted a return of 1.39 percent. The Aon ILS Indices performed with mixed results relative to benchmarks, outperforming the 3 to 5 year U.S. Treasury Notes index, and with comparable returns to the S&P 500 and the CMBS 3 to 5 year Fixed Rate indices. The 10-year average annual return of the Aon All Bond Index, 8.56 percent, further produced superior returns relative to all other benchmarks. This demonstrates the value a diversified book of pure insurance risks can bring to long term investors’ portfolios.

Ensuring traders pass the test of MiFID II and MAR

CAPITAL ONE ANNOUNCES FINALISTS FOR START UP ACCELERATOR