Iran: ‘open for business’ – but caution remains the watchword 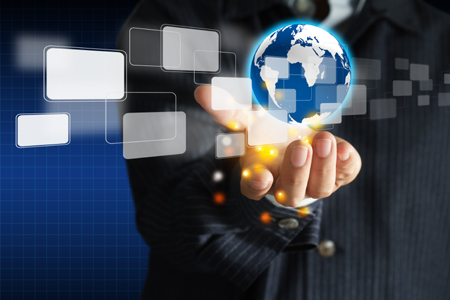 Comparable to Australia and Turkey in size, Iran has the second largest economy in the Middle East and North Africa after Saudi Arabia. It has a population of almost 80 million,*, over half of which is under the age of 35 and well educated **. It is not surprising therefore, that many organisations ­– particularly those without a direct significant presence in the U.S. – are excited at the prospect of Iran being ‘open for business’, thanks to the sanctions relief granted on January 16th 2016.

Yet whilst there are undoubtedly numerous commercial opportunities to be seized, caution should be exercised. Most of the E.U. sanctions – and U.S. secondary sanctions applicable to non-U.S. persons – have now been lifted as a result of the implementation of the Joint Comprehensive Plan of Action (JCPOA). However, entering into trade agreements with Iranian entities remains highly complex for international organisations in particular, since primary U.S. sanctions remain in place.

U.S. secondary sanctions continue to apply to non-U.S. persons who knowingly facilitate transactions with Iranian or Iran-related persons on the specially designated nationals list published by the U.S. Treasury’s Office of Foreign Assets Control (OFAC). All commercial activities with Iranian entities – including those involving direct and correspondent banking relationships – therefore require extensive due diligence, including checks on beneficial ownerships of associated entities.

Why were sanctions imposed against Iran?

Since 1979, almost 200 different prohibitions had restricted Iran’s economic activities. These were enforced by the U.S. government (OFAC sanctions), the United Nations (U.N.) and the European Union (E.U.), with many other countries implementing the U.N. sanctions, including Canada and Japan. These were the result of a variety of actions by the Iranian government over multiple decades involving terrorist activity, human rights violations and the global threat of its nuclear research program.

Economically, the sanctions imposed since 2010 have been far-reaching: prohibiting the sale, supply or transfer of Iranian oil. Trade in related products or services – and payments related to these transactions – have been restricted. For example, the U.S. Comprehensive Iran Sanctions, Accountability and Divestment Act (CISADA) of 2010 with the U.S. National Defense Authorization Act (NDAA) prohibited non-U.S. financial institutions from conducting transactions with Iranian financial institutions such as the Central Bank of Iran or other OFAC-designated banks. For a country whose largest domestic products are crude oil and natural gas, with petroleum constituting 80% of exports, this has had a major economic impact.

Summer 2015 saw the conclusion of breakthrough discussions between the Iranian government and key nations. A relaxation of sanctions was agreed in return for Iran limiting its nuclear related activities. October 18th 2015 (known as ‘Adoption Day’) was designated the official date when Iran, with the U.S., U.K., China, France, Germany and Russia, began formal preparations to implement their respective commitments under the JCPOA. At the same time, the E.U. adopted the legislative framework needed to lift its nuclear-related economic and financial sanctions against Iran. The U.S. government agreed to waive certain sanctions, provided evidence that certain conditions were met on a specified date (‘Implementation Day’). Switzerland also agreed to follow the U.N. and E.U. in lifting nuclear-related economic and financial sanctions on Implementation Day.

Which sanctions were removed on Implementation Day?

Saturday, January 16th 2016 was Implementation Day. The International Atomic Energy Agency (IAEA) certified that Iran had fulfilled its nuclear-related commitments under the JCPOA. Accordingly, E.U. and U.S. sanctions relief for Iran – outlined in the JCPOA – simultaneously came into effect.

The IAEA’s certification was confirmed by the U.S. Secretary of State, John Kerry. OFAC has since issued the much-anticipated general license – along with detailed guidance documents – authorising non-U.S. subsidiaries of U.S. companies to engage in certain transactions with Iranian entities or the Government of Iran. But to what extent is Iran now ‘open for business’?  What guidelines should organisations wishing to transact with Iran follow?

As a general rule, non-U.S. persons and non-U.S. financial institutions can now engage in most financial and banking transactions with the Central Bank of Iran. Since Implementation Day, secondary sanctions do not apply to non-U.S. persons engaging in:

This relief also extends to transactions by non-U.S. financial institutions with U.S. branches, provided those branches are not directly or indirectly involved in the transactions. In addition, such transactions may not transit the U.S. financial system and should not be conducted in U.S dollars.

Although over 400 individuals and entities were removed from the original SDN list on Implementation Day, secondary sanctions continue to apply to non-U.S. persons who knowingly facilitate significant financial transactions with – or provide material or certain other support to – Iranian or Iran-related persons that remain or are placed on the SDN list.

It is also permissible for non-U.S. persons to provide underwriting services, insurance or reinsurance for vessels transporting crude oil from Iran. This includes National Iranian Tanker Company (NITC) or Islamic Republic of Iran Shipping Lines (IRISL) vessels – or those owned by non-U.S. persons when chartered by NITC or IRISL – provided the transactions do not involve persons on the SDN List or conduct prohibited by OFAC.

The same post-Implementation Day freedoms do not extend to U.S. persons wishing to transact with Iran. Primary U.S. sanctions remain in place, which means that U.S. persons – including U.S. companies, with limited exceptions – continue to be prohibited from dealing with Iran.

The clearing of U.S. dollar or other currency-denominated transactions through the U.S. financial system – or involving a U.S. person – remains prohibited, unless the transactions are exempt from regulation or authorised by OFAC.

It is generally prohibited for U.S. persons to provide underwriting services, insurance, reinsurance, or pay claims involving Iran. This sanction includes the NITC and IRISL. U.S. insurers can continue to provide travel insurance to individuals traveling to Iran.

Doing business with Iran: how to proceed?

Beyond emphasising the need for caution, it is impossible to give ‘one size fits all’ advice. Financial institutions and banks should be vigilant, especially in situations involving correspondent banking, since the U.S. government can – and will – fine institutions where there is a U.S. connection. For example, if a wholly non-U.S. transaction is conducted in US dollars, or needs to be authorised by a U.S.-based clearing bank, it is still subject to secondary sanctions.

A key question currently being asked by non-U.S. entities and financial institutions is how quickly should they proceed? Although sanctions have been relieved, there is good reason for exercising continued caution. Entities that were active in Iran prior to sanctions being imposed faced a huge (and costly) exercise to withdraw from the country. Consequently, many institutions with correspondent banking relationships will be seeking assurance from OFAC that they are able to transact and will be fully compliant.

For example, any organisation dealing with Iran must ensure it has detailed due diligence on every entity it is dealing with. This requires filtering to ensure any counterparts are not connected to restricted entities that could be the ultimate beneficial owners. As a result of unauthorised missile testing, OFAC issued new sanctions on January 16th 2016 against 11 entities and individuals involved in ballistic missile procurement for Iran. These new restrictions on activities outside the JCPOA were issued immediately following the Implementation Day lifting of other U.S. sanctions, highlighting the speed at which changes to sanctions regimes can and do occur.

This last example highlights the importance of continued training at multiple levels. Financial institutions and business entities need to be equipped with the latest knowledge and an in-depth understanding of the risks and due diligence procedures required.

The coming months may bring further changes to international sanctions regimes involving Russia, which will present significant business opportunities for European entities in particular. Any investment in training and awareness will pay dividends for organisations wishing to begin trading with restricted regimes such as Iran; when sanctions are completely lifted – and on an ongoing basis.

Naidira Alemova-Goeres is a Partner in the field of Fraud Investigation & Dispute Services at EY, specialising in sanctions and embargoes. Based in Frankfurt, she is a member of the ACAMS (Association for Certified Anti-Money Laundering Professionals) Germany Chapter Board.

Angela Salter is Head of Europe at ACAMS.

For further information and resources on sanctions compliance visit: http://www.acams.org/aml-resources/sanctions/

TECHNOLOGY IS A TONIC FOR LATE BUSINESS PAYMENTS