Ireland looks to seaweed in quest to curb methane from cows 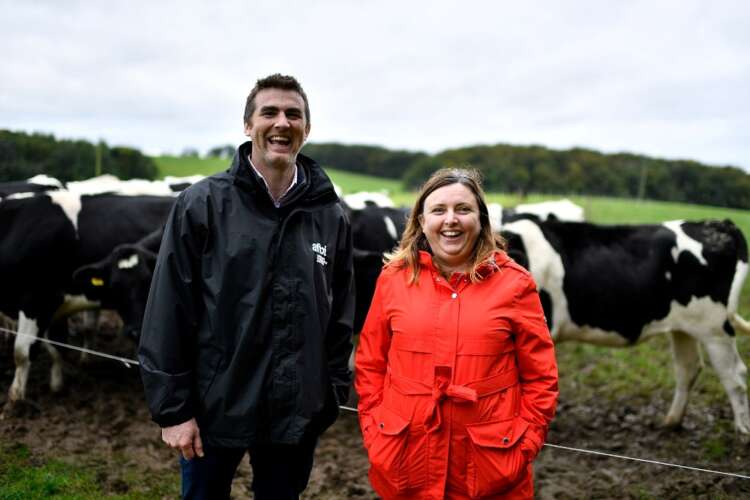 By Clodagh Kilcoyne and Conor Humphries

ATHENRY, Ireland (Reuters) – Scientists are combing Ireland’s west coast for seaweed to feed to cattle and sheep after research showed it could stop them breathing out so much climate-warming methane.

The project, coordinated by a state agriculture body, is tapping into the country’s growing seaweed harvesting industry, which is seeking new markets as it revives centuries-old traditions.

But some are sceptical that the seaweed feed additives – or any quick technological fix – can sidestep the need to reverse a surge in Irish cattle numbers if the country is to reduce Europe’s largest per capita methane output by 2030.

Around 20 species of seaweed, most from Ireland’s windswept Atlantic coast, have been tested by researchers while dozens more have been collected by the project’s partners in Norway, Canada, Sweden, Germany and the United Kingdom.

Scientists in the United States and Australia have already demonstrated dramatic methane-reducing qualities from one seaweed type – Asparagopsis – when small quantities are added to feedstock.

But they have not yet managed to scale up production of the seaweed, which is not easy to grow in Northwest Europe.

The Irish project aims to find abundant native seaweeds to use instead, even though the researchers admit they are unlikely to match the reduction in emissions of over 80% shown with Asparagopsis.

“We have identified some brown seaweeds that are very positive and they’re producing results,” said Maria Hayes, Project Lead of the SeaSolutions project, whose team has achieved methane reductions of between 11% and 20% in early trials.

“The reductions aren’t going to be a silver bullet … but it can significantly reduce emissions,” said Hayes, who works for Teagasc, Ireland’s Agriculture and Food Development Authority.

Researchers are also working on how to integrate the feed additives into Ireland’s predominantly grass-based cattle farming system.

On a farm outside Hillsborough, southwest of Belfast, researchers use treats to coax cows to poke their heads into a solar-powered machine that measures the level of methane on their breath.

“The levels that are used to feed ruminants are very, very small so you don’t need to get a lot of it in order to get an impact,” she said.

The technology has caught the imagination of farming groups and politicians, who insist that stringent targets for cutting greenhouse gases like methane should not mean a reduction in the size of the Irish farming sector.

After growth of over 10% in the past 10 years, Ireland has 7.4 million cattle and is one of the largest exporters of beef and dairy in Europe.

Its per capita output of methane – which has a higher heat-trapping potential than CO2 – is by far the highest in the European Union, according to the Climate Watch database.

The colourless and odourless gas leaks from waste dumps, oil and gas infrastructure and the digestive systems of cattle and sheep.

At the COP26 U.N. Climate Change conference in Glasgow this month, Ireland signed up to a pledge to cut global output of methane by 30% by 2030 from 2020 levels. https://www.reuters.com/business/environment/nearly-90-countries-join-pact-slash-planet-warming-methane-emissions-2021-11-02

They point to seaweed feed additives as a way to curb emissions without downsizing the herd – with a reduction in the average age of slaughter of beef cattle and genetics research as other possible solutions.

Chemicals company Royal DSM says a rival food additive it produces can cut methane output by around 30%. The company said it had received regulatory approval in Brazil and Chile and is seeking approval in the European Union.

But not everyone is convinced the technology can meet the target.

“Scaling up these solutions takes time. We don’t have time,” said Sadhbh O’Neill, lecturer in climate policy and environmental politics at Dublin City University, a vocal critic of industry attempts to rely on technology rather than address the sustainability Ireland’s agriculture model.

The Irish researchers have tapped into a network of seaweed harvesters who are reviving a tradition mentioned in monastic writings as far back as the 5th century.

But they do not yet have a plan to scale up production if tests are successful.

Some harvesters, who serve organic food and cosmetic markets, doubt the feed additives will be sufficiently lucrative with plenty of opportunities elsewhere.

“It’s a huge market at the moment, seaweed is really thriving,” said Evan Talty, managing director at Wild Irish Seaweeds, who has revived harvesting techniques used by his grandfather and focuses on food and skin care products. The methane additive market is “not on our radar”, he said.

Others are more hopeful.

“Everyone keeps an eye on it,” said Jenny O’Halloran of BlÃ¡th na Mara, a small-scale hand harvester on Inis Mór island off Ireland’s west coast.

“Maybe the future of that is actually farming seaweed, which I think has to be part of the conversation when it comes to the future of seaweed in Ireland,” she said.