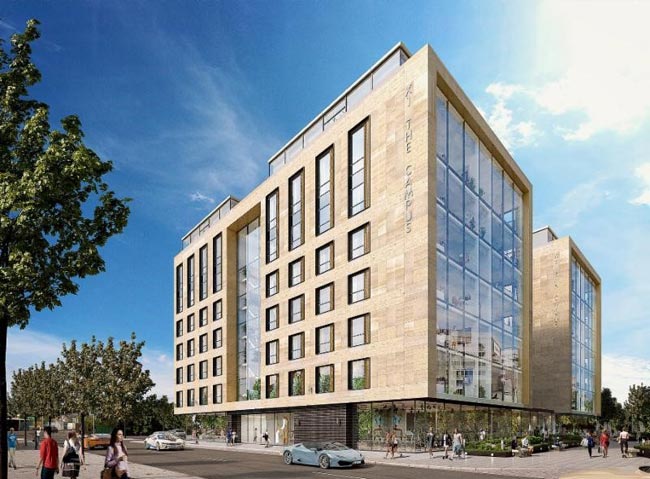 Since A-level results were announced, the experts at Jones Lang LaSallle (JLL) have released predictions that UK student property will be “top of the asset class” for investors with rental growth of up to 5% projected.

Jean Liggett, CEO of visionary property consultancy, Properties of the World, which has successfully sold numerous PBSA units across the UK, comments,

“The PBSA market has been rising exponentially for a number of years now with transaction volumes of £1 billion in 2011 growing to £5.7 billion in 2015 accordingly to the latest JLL data. Even with the uncertainty left by Brexit, the outlook for the UK student housing sector remains bright with JLL projecting transaction volumes of £3.5 billion this year. It’s time savvy UK property buyers got back to school and invested in PBSA.”

This positive outlook is echoed by Dan Johnson, Director of StudentProperty.Investments which has already seen a significant rise in student property investment enquiries this year. He comments,

“In H1 2016, we have seen a substantial 11% rise in overall enquiries for UK student property investments compared to the total number of enquiries received in 2015. Demand for student properties is not just from UK buyers but from all over the world as international investors seek to take advantage of a weak Pound and higher than average residential buy-to-let returns.”

One UK university city, named by Savills as offering “First Class” opportunities for student housing development, is Manchester. Home to one of the largest student populations in Europe, Greater Manchester ranked in StudentProperty. Investments’s top 10 most popular counties in England for student property investment in H1 2016 with enquiries in July rising 19% month-on-month along with the city of Salford.

Despite being home to 19,678 students (2015/16), university-operated accommodation at the University of Salford accounts for only 14% of rooms making new PBSA opportunities such as X1 The Campus, available to invest in through Properties of the World, more attractive than ever for both students and investors alike.

Situated right on the corner of the University of Salford Frederick Road Campus, X1 The Campus is within walking distance of an eclectic range of local pubs, bars, public transport (Salford Crescent station is just ten-minute’s walk away), green spaces and much more. Ideally located for Salford students, many of the department buildings where lectures are held are less than five minutes’ walk away from the stylish studios.

Attracting both UK and international students, X1 The Campus consists of 271 modern apartments across eight floors ranging from standard studios to stunning penthouse studios. All apartments are furnished to the highest of standards and boast a variety of exclusive facilities including a state-of-the-art private gymnasium, cinema room, laundry room and large common rooms, as well as secure bicycle storage and a management office for added peace of mind.

With prices starting at £89,995, X1 The Campus is offers a competitive, hassle-free buy-to-let opportunity, that is exempt from stamp duty, fully managed 24/7 with no additional costs and an estimated annual NET return of 6.6%. Completion is due in August, 2018 perfectly in time for the 2018/19 academic year.

Are the over-55s accessing their pensions early failing to plan for later life?

Entrepreneurial Spirit – Turn your Hobby into a Lucrative Career