It’s been a long year in politics…

The Brexit vote: one year on… 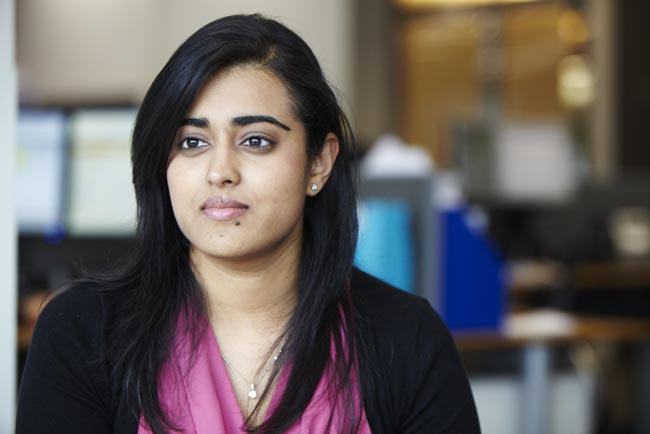 A week is a long time in politics, as Harold Wilson famously said. So one can only imagine what he would have made of the past year in which the UK has voted for Brexit, changed Prime Minister, triggered Article 50 and held a general election.And while the political saga has been going on, it appears that the UK economy is only starting to experience its share of twists and turns.

Ahead of the referendum, the Treasury warned about capital flight and higher interest rates in the event of a vote for Brexit. Instead, the opposite has happened.

Gilts have posted positive returns of around 6% since last June due to the Bank of England’s decision both to cut base rates and also to extend its programme of quantitative easing. Increased ‘safe haven’ demand resulting from the uncertain economic and political environment in the UK has also been a factor.

One year on from the vote to leave the EU, the UK has only recently started the task of negotiating the country’s ‘exit bill’ and future relationship with Europe, and much uncertainty remains about what the final deal will look like. That same uncertainty also hangs like a cloud over the short-term economy.

A variety of possible outcomes are likely to be partially priced into sterling, including some probability of a ‘hard Brexit’ in which the economy would have to trade with the EU on World Trade Organisation rules, which focuses on goods rather than services trade. For a country whose services exports are over 12% of GDP, that could cause significant disruption.Indeed, sterling is still some 20% below its 2015 peak in trade-weighted terms.

That in turn has pushed up inflation to nearly 3%, uncomfortably over the Bank of England’s 2% target. And with wage growth only around 2% –despite very low unemployment rates–this is causing a real income squeeze that is leading to slower consumer spending.

There is probably hope that the economy can use the depreciation of the pound to rebalance away from consumer spending and towards more trade and domestic production, but this is a process that has in some cases taken years to achieve. The UK industrial production sector is unlikely to have the capacity to start producing goods that it has become used to importing. UK exports also have a high degree of import content, so the competitiveness boost could be limited.

Given the subdued growth outlook, and the risk of weaker long-term growth, it is unsurprising that the government’s ‘red lines’ with respect to EU negotiations are becoming notably more blurry. The main tensions are around immigration and the jurisdiction of the European Court of Justice. 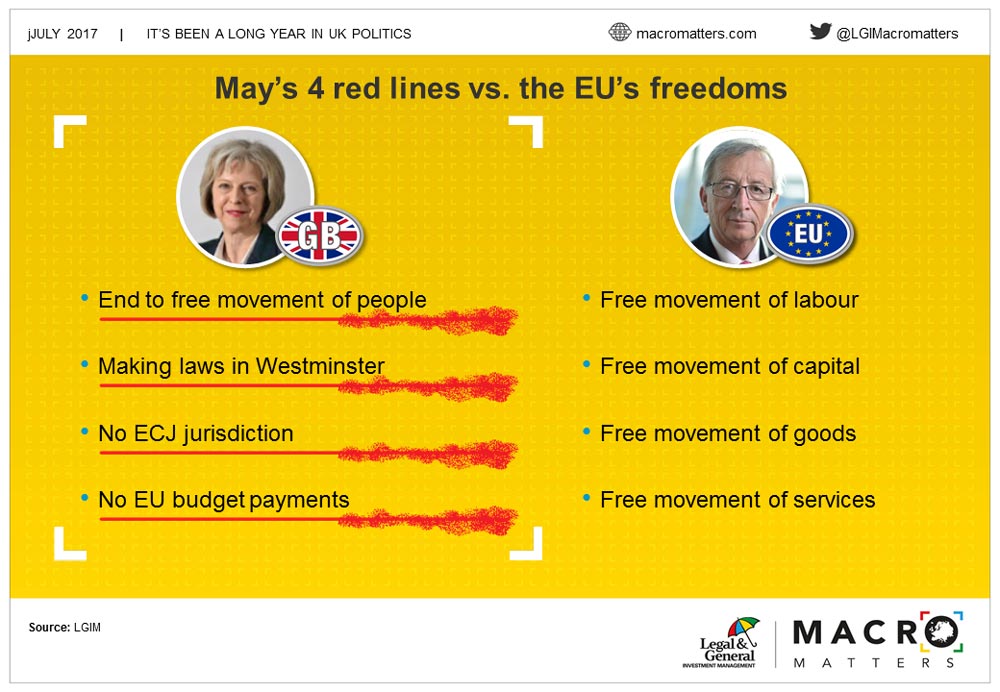 Indeed, it seems likely to us that that a Norway-style transitional period is put in place come spring 2019 such that the UK can retain most of its market access and have some control on immigration in exchange for accepting ECJ oversight. This could be a tough but necessary pill to swallow to avoid a disruptive transition.

And what about Europe? The EU’s negotiating hand has always seemed stronger than that of the UK’s, but with the economic recovery there gathering momentum and the election of Emmanuel Macron in France, it seems they’ve had a bit of a confidence boost. While the idea that the EU wants to punish the UK and deter others from leaving the bloc seems unlikely, this new-found confidence may allow it to cut a more favourable deal in order to prevent economic disruption.

There is no Brexit crystal ball, so investors may wish to diversify

With the effects of Brexit mainly expressed through the value of the pound, it’s understandable that the case for accepting the foreign currency exposure is tempting given the risk of further idiosyncratic shocks ahead. However, we believe the case for additional hedging (i.e. neutralising the foreign currency exposure via an offsetting currency transaction) arguably looks even more attractive given that sterling has weakened so much over the last twelve months.

Although here atLGIMwe do not anticipate significant weakness in the UK economy, the subdued outlook for growth means we believe it’s unwise to extrapolate the performance of the financial markets over last year into the coming twelve months. The next year sees the UK faced with ongoing (and potentially increasingly difficult) Brexit negotiations, greater political uncertainty from the recent election and a complex domestic economic environment – all against a fickle global economic backdrop.

There is no Brexit crystal ball, so alongside hedging their foreign currency exposure,UK investors may wish to structurally diversify risk by holding a basket of global assets.