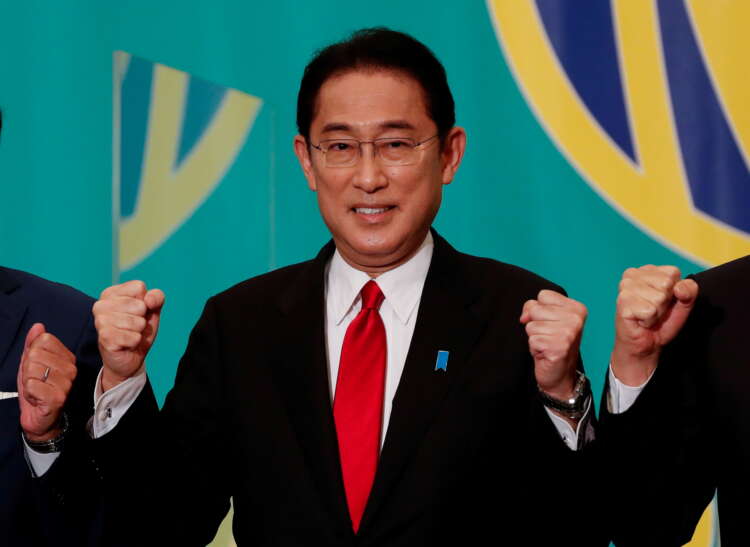 The Sunday election is set to be a test for the LDP, whose image was battered by its perceived mishandling of the coronavirus pandemic, and hanging on to its single-party majority in the powerful lower house could be difficult, the polls suggested.

Kishida became prime minister earlier this month and governed for a bit over a week before dissolving the chamber, hoping to catch the opposition on the back foot with an earlier-than-expected poll and take advantage of the “honeymoon” period usually granted to new governments.

But some analysts believe the move may do nothing for Kishida himself, whose bland image has failed to inspire voters, and say he risks being replaced if there a substantial loss of seats for the LDP with an upper house election looming next year. A loss of 30 seats or more could leave Kishida in trouble.

“Recently elections have been about personalities, a certain ‘face,’ but right now neither the coalition nor the opposition really has that,” said Atsuo Ito, a political commentator.

“Moreover, elections like this are usually a judgement on the government that’s been in power, but Kishida’s government had really only been in for around 10 days by the time parliament was dissolved, and you can’t really vote on that,” he added.

“I think a lot of voters are puzzled and turnout may fall.”

Turnout is crucial, with high numbers tending to favour the opposition, but polls suggest turnout may be only slightly higher than the postwar record low of 52.66% in 2014.

The second lowest post-war turnout was in the 2017 lower house election, at 54%. Youth turnout was particularly low, with only three out of every 10 people in the 20-24 age bracket casting votes – something activists and others are trying to change.

Kishida has set a coalition target for a majority 233 seats in the 465-seat lower chamber, well below the 276 seats held by the LDP alone before the lower house was dissolved.

Both the Nikkei and Yomiuri Shimbun dailies published polls on Friday showing the LDP may be hard pressed to hold 233 seats but its junior coalition partner, Komeito, should help the coalition maintain an overall majority.

The leading opposition Constitutional Democratic Party of Japan is likely to pick up some extra seats, the Nikkei said, estimating that around 40% of races in single seat districts were expected to be closely fought.

An alliance of opposition parties has made things harder for the LDP, and the question is not if they will lose seats, but how many, Ito and others say.

“In districts where the opposition is cooperating, the LDP is fighting pretty hard,” said Airo Hino, a professor at Tokyo’s Waseda University.

“They’re neck-and-neck in a number of the single seat districts.”

The shortness of the campaign period also means less time for voters to critically examine, and ask questions, about the coalition’s governance over the last few years, said Kensuke Takayasu, at the Seikei University Faculty of Law.

“This general election could have been a chance to review the government’s responses not only to the pandemic but to foreign policy, gender policy, its fiscal and monetary policy, social policy, family policy …. for the last eight or nine years,” he told a news conference.

“Yet unfortunately it seems we’re going to miss this very significant opportunity.”