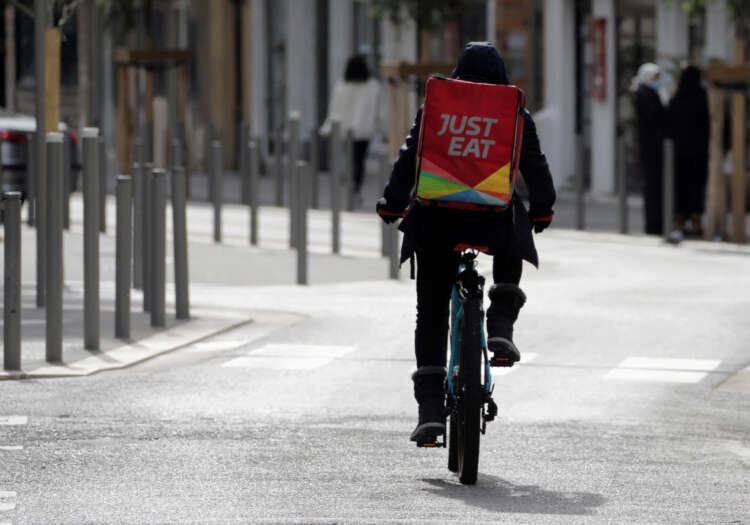 The total value of orders, known as gross transaction value (GTV), a common measure for e-commerce companies, rose 2% in the quarter, reflecting higher prices on menus, but the number of orders weakened, in line with analysts’ expectations.

The company said adjusted earnings before interest, taxes, depreciation and amortisation (EBITDA) were positive in the third quarter, ahead of guidance issued at the start of the year.

That comes after the group said in September it expected to have positive adjusted EBITDA in the second half of the year.

The food delivery sector was one of the big beneficiaries of the pandemic, but that effect has waned as consumers, faced with surging prices, have started to cut back.

But Chief Executive Officer Jitse Groen said in a media call the company did not see much impact from the cost-of-living crunch in the quarter as markets continued to stabilise after COVID-19 lockdowns.

“In terms of order behaviour of our existing customers, we don’t really see an impact yet from inflation or a more difficult environment for consumers,” he said.

Groen said he expected food delivery to remain popular in northern Europe because of the number of more affordable restaurants on offer on Just Eat.

Analysts said the results were broadly in line with expectations as basket size continued to increase due to food inflation, while orders remain under pressure as consumers cut spending and the company reduced promotions.

The group last posted an underlying profit in the second half of 2020, said Clement Genelot, analyst at Bryan Garnier.

“EBITDA breakeven as soon as in Q3 is good news, but it remains to be seen what levers are still at (Just Eat’s) disposal to try to offset the likely upcoming new headwinds in 2023,” Genelot said, referring to weaker trading in Europe.

Shares in the company see-sawed in early trade as investors weighed the return to profitability against concerns about falling orders. At 0816 GMT, the shares were down 0.5%.

The results come after a tumultuous year for the company, which has been under pressure from investors to boost its shares amid stiff competition and a fading pandemic boost. Its stock has lost almost 70% of its value this year.

Although the consumer backdrop will likely be challenging due to the economic environment, Takeaway.com is well-capitalised through the planned sale of its stake in Brazil’s iFood, Groen said in a statement.

The company will hold an extraordinary shareholders meeting on Nov. 18 to vote on the deal worth $1.8 billion, it said.

It continues to explore “the partial or full sale” of its troubled U.S. business, Grubhub.

As part of the cost cutting measures, Groen said the company has introduced a hiring freeze.

Just Eat is looking to expand its networks to include deliveries of other products and is currently exploring a number of pilot schemes, Groen said.