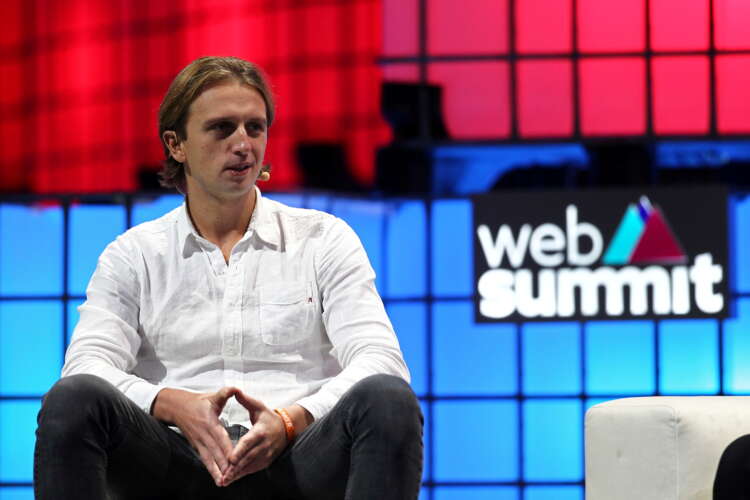 LONDON (Reuters) – British-based banking app Revolut’s latest $33 billion valuation, achieved after a fresh funding round, has likely made its cofounder and Chief Executive Nik Storonsky a billionaire several times over.

Russia-born Storonsky, who began his career as a derivatives trader at Lehman Brothers before moving to Credit Suisse two years later in 2008, was already one of Europe’s wealthiest executives on paper thanks to Revolut’s rapid growth.

The 36 year-old lost around half a million pounds ($694,450) when his then-employer Lehman collapsed during the financial crisis, he told the Financial Times in an interview in 2018, an incident which he said taught him to “back up decision making with data and logic”.

Storonsky left the banking industry in 2013 to found Revolut, one of the first in a wave of digital-only banking apps seeking to undercut mainstream lenders with products such as fee-free foreign exchange for holidaymakers.

It broke from the pack with an early foray into offering cryptocurrencies, scooping up millions of customers in the process.

“The fact that Revolut’s valuation has risen 6x in a year where they also reported increased losses will add fuel to the fire that fintech valuations have become overblown,” said Adam Davis, director of client services at fintech consultancy 11:FS.

Revolut’s growth was fuelled by a hard-charging culture seemingly instilled by Storonsky himself. He has dismissed the value of work-life balance in media interviews and said he typically works from 8 in the morning until 10 at night.

Storonsky has mounted a robust defence of Revolut in the past when it has faced questions over its risk controls, tough workplace culture, and freezing of some customer accounts.

“We are a different company than we were two to three years ago, we’ve learned lessons,” he told Reuters when asked about the problems in a 2019 interview.

Married with two children, he studied physics at Moscow’s Institute of Physics and Technology, and is a keen kite surfer, mountaineer and championship swimmer, according to the company’s website.